Why I am Scared to Marry a Woman

by Harley 2 months ago in Identity
Report Story

and why I might never have the courage too. 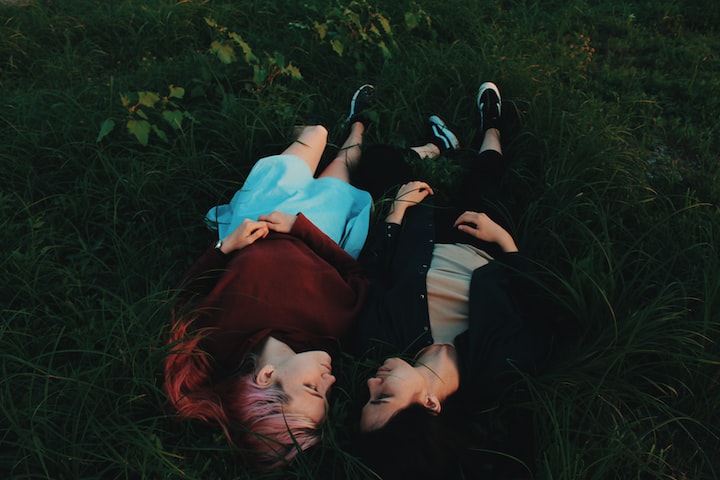 Photo by Masha S on Unsplash

In my 18 years of living, I have spent about half of it loving women. I have openly bisexual for almost a year. (Now by openly, I don’t mean my parents know. Everyone else does, but not them. They’re Christian, and so am I, but we have different view points on sexuality). And as a young girl does, I dream of my wedding day. I wish I could say I see a beautiful woman standing in front of me as I say “I do”, but in reality it most likely will be a man instead. Not because I don’t want to marry a woman, but because I don’t think I will have the courage too.

There’s a whole list of reasons why I am afraid to marry a woman. For one, venues. Specifically in a Church. How am I supposed to marry a woman in front of God where it says I can’t in the bible?

Secondly, worried that I don’t look the lesbian part when I get married.

Third, feeling like I lost the identity of a bisexual woman when I get called a lesbian.

Fourth, being asked who’s going to wear the wedding dress.

Fifth, afraid that marrying a woman means I can no longer be attracted to men. Afraid of invalidating my sexuality.

sixth, knowing my family will never truly look at me the same because of who I love.

Seven, making my parents disappointed that I am not marrying a man.

Eight, not being able to hide my sexuality anymore.

Nine, the fear that I will hurt my future wife if a part of me still is attracted to men.

Ten, that my sexuality could just be a phase.

Eleven, not being able to seek male validation anymore.

Twelve, wondering if I call her my partner instead of wife, do to the guilt I would have in disappointing my family, would make her upset.

Thirteen, not being gay enough for her.

Fourteen, the fact that my phase was never really a phase.

Fifth-teen, that my mom will say she loves me but not the life decision I am making.

Seventeen, my family’s perception of me.

Eighteen, not truly forgiving myself for marrying a woman.

These fears are always in the back of my mind when I start to talk to a girl I like. And some might seem silly, but they are true fears of mine. And I wish I had the courage to not care about what others think, and i wish I didnt enjoy male attention. I wish I wasnt bisexual sometimes.

I am so scared to marry the wrong person. Im terrified I will marry a man, but wont be completely attracted to him becasue under all of this hiding, I still love women. And the same goes for if I marry a woman. I hope for when the time comes for me to get married, I will marry the right person. And if it’s a woman, I hope that I get over these fears and have the courage to be a good wife to her. I hope that as time comes and goes, my sexuality becomes more clear. And that one day, I will also get enough courage to tell my parents that I like girls.

More stories from Harley and writers in Pride and other communities.