How to Beat a Drug Test

by Katie Artis Wise 9 days ago in marijuana minute

When there's no cleanser, don't reach for the vinegar... 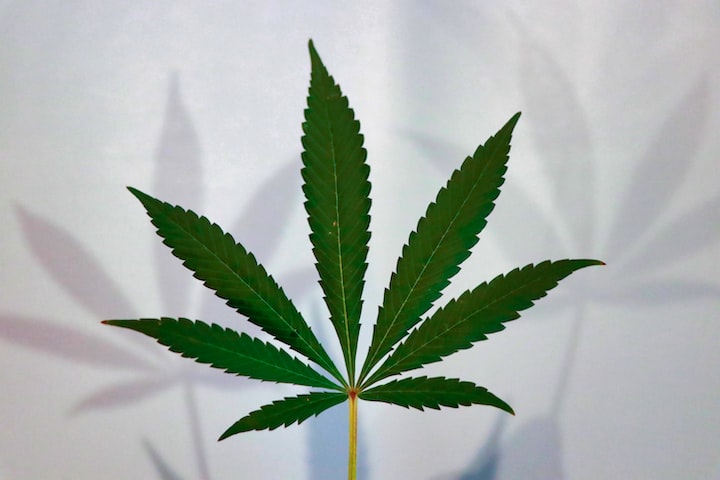 Photo by Elsa Olofsson on Unsplash

There are few words in life scarier to someone who smokes weed than “drug test”- especially back in the Dark Ages of Cannabis, when legalization was nothing more than a mere pipe dream. Back in 2012, I was working as a temp in a hospital. The administration liked my work and wanted to make me full time, for which I was grateful. I had a hard time finding work right out of college and really needed this job. I was all in until they told me the next day I’d be subjected to a drug test.

What was I supposed to do? I couldn’t afford to get a cleanser and given that I only had about 14 hours until I had to take this test, I had no time to clean out my system. This instantly threw me into a state of panic. I needed this job. I liked this job. More importantly, I was good at this job.

I feel the need to point out how against drug testing I am. Not because I have anything to hide- I smoke at least once a day and I’m pretty candid about it. I also feel that it keeps me somewhat sane, relatively happy and quiets the mind. My issue with drug testing is how biased it is against people that enjoy the occasional toke of a joint or a brownie.

Cannabis takes approximately 30 days to leave your system, depending on your usage. Yet someone who has a rampant cocaine addiction, or an opiate problem, or any number of other substance abuse issues has a far better chance of landing a job because their vice of choice is out of their system in 3-5 days. Yet the least harmful (in my mind) drug that one could take stays in the body for a whole month? It really doesn’t seem fair at all. Besides- as long as you can do the job and don’t show up high, how is it any of anyone’s business what I do when I’m in the privacy of my own home, off the clock?

Anyway, this was the predicament that I was in. After work that day, I called some friends to see if anyone could lend me $30 to get a cleanser and put my mind at ease. Unfortunately, no one was in the position to help. As my panic grew, I turned to Google, hoping against hope that the internet gods would take pity on me and point me in the right direction.

You know how sometimes, when your panicked about something, you don’t think straight? In that moment, my brain was so overwhelmed by the thought that I would once again be out of a job if I couldn’t figure something out immediately was more than I could handle. I searched all kinds of different websites, none of which were much help…. Until I stumbled across Reddit.

I learned some valuable tips that night- including a story about someone who had taken 2 shots of apple cider vinegar on an empty stomach, drank a gallon of water immediately after and passed a urine screen with no trouble. OF COURSE! I thought to myself, without any real knowledge about why I thought this was such a good idea. In that moment, I figured, if it was good enough for this random stranger on the internet, it was good enough for me. I went to sleep that night nervous but hopeful.

The next morning, I woke up, brushed my teeth, got myself all ready and then went into the kitchen to brave the shots of vinegar. Fear of failure outweighed my trepidation as I poured myself a shot and stared at it for a second. Without thinking, I took it down, poured myself another, took that, and then started drinking water like I was a dying camel in a desert and this was the only thing that would save me.

The testing center that I had to go to was only a 15 minute walk from my apartment. As I stepped out onto the street, my guts started churning with every step I took. You know how sometimes you feel nauseous but you can kind of pull yourself out of it? That’s how I felt. I assumed I was just nervous about this haphazard plan but continued my journey. What else could I do, right?

As I continued, with every step I took I became convinced that I was going to vomit. It’s like when you’re out drinking, and that one friend convinces you to take that one last shot. You KNOW it’s not a good idea, especially when your guts are rumbling beyond belief, but who cares, right? It’s a small sacrifice to the party gods. In my mind, I took this to be my small sacrifice to the weed gods. I focused on my breathing as I hoped for the best and walked into the testing center.

As I sat down and started to fill out the paperwork, the rumbling in my guts was so loud that even the secretary at the desk looked at me with concern. I did my best to ignore everything around me as I focused on writing down my name, social security number, and all the other information they make you give (which is also annoying, because they already have that on file, like why do I have to fill it out again? But I digress…)

I finished up with my paperwork and walked up to the desk. The secretary gave me a smile, which transformed into a look of concern.

And then, before she could say anything else, I immediately started vomiting all over her desk. I mean, I’m talking some Exorcist level shit right there. Like if I’d had the capability, I’m pretty sure my head would’ve spun around. She watched, helpless and horrified as I continued profusely vomiting everywhere. All over her desk, her picture frames, my shoes, the floor, literally EVERYWHERE! And of course, it REEKED of vinegar, much to my horror. I just know she was cursing me out the rest of the day. Not that I blame her. I would have done the exact same thing.

After my projectile vomiting ended, the secretary collected my clipboard.

“You know what? Why don’t you just head on home?” She said, grabbing a wad of paper towels and starting to wipe down her picture frames. “I’ll let the administration know what happened, and we can do your onboarding another day.” She looked at me, unable to keep the disgust off her face. “Really.” She said, “Just go.”

I went home that day, mortified beyond belief, but grateful that I’d bought myself some time, at least. That afternoon, a friend lent me some money and I bought myself a cleanser, which gave me peace of mind. I’ve used cleansers before and I’ve never had a problem with them. I went to sleep that night relaxed and calm, knowing that I could take the test the next day and everything would likely be fine.

The next morning, I walked into work, ready to take that test and start my full time hours. My boss called me into his office right after I clocked in. I was nervous as I sat down. I wondered if somehow they knew and I was going to be let go anyway.

“So, I hear you had an issue yesterday when you went for your onboarding.” He began, folding his hands in front of him.

This was it. I was sooooo about to be fired. My palms started to sweat.

“Yeah, I wasn’t feeling so great, but I can go retest now if you’d like, it’s not a problem.” I said nervously.

He smiled. “No, it’s fine. Just go get your ID picture taken, then come back.”

“No. Since we tested you when you came on as a temp, we actually don’t need to test you, we made a mistake on your paperwork.” He said. I thought he looked amused but didn’t know why.

“Okay.” I said cautiously, getting up from my seat. I walked to the door. “Thanks. I’ll be back as soon as possible.”

“No problem.” He said. “But next time, if you’re going to try a home remedy to pass a drug test, maybe don’t go with apple cider vinegar, ya pothead!”

I started to laugh. “What do you mean?”

He gave me that “Don’t Give Me Any BS” smile. “Katie, come on. Like I’ve never been in your shoes? You should’ve just gotten a cleanser!”

I stood there, deer in the headlights, not knowing what to say or do. I laughed nervously. “I didn’t have the money for one.” I said sheepishly, shrugging my shoulders. “And how did you even know that’s what happened? I could’ve been sick for all you know.”

“My sister in law is actually the secretary whose desk you puked on. Man, she was pissed!” He laughed. “As soon as I heard that it smelled like vinegar, I knew what the deal was. Besides, it takes one to know one. Now, lets never speak of this again. Go get your ID made!”

I walked out of the office feeling super lucky.

Sometimes, the universe is with you, and sometimes, it’s against you.

But it always has a sense of humor.