Words to a Man

by Mr. Jax 3 months ago in social commentary
Report Story

Should a man be a gentleman? 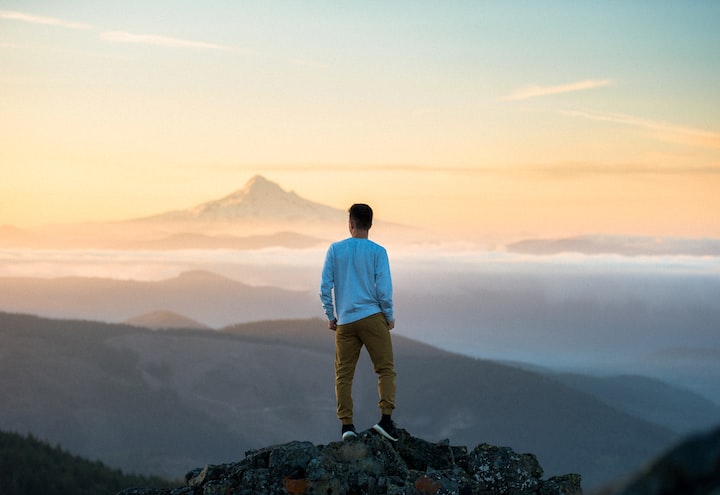 Photo by Tim Bogdanov on Unsplash

A man should be a gentleman

By his status, his ranks as a boy he tackles

A hidden conditioning bounded by the aged, he shackles

Birthed to live in a society

To please those norms

An emotional figure is what he forms

A man who never cries for anything in his life

Considered a weakness even in front of his wife

From a young boy who wondered what rainbows are

Grew up with emotional distress and suicidal thoughts so far

Forced to desolate the things he loved

Cause his father was a man with vulgar insults, he raved

Real men are those who don't give up on their dreams

Is that what he hears his brothers scream

Delusion he was that men are never afraid

He thought that girls are weak and meant to be raid

He was just a child in adolescence, confused about growth

All those words from his mother he loathes.

Men will be men was what his sister told

Was it wrong? that he liked pink laces and was not brave or bold

Teach him that feminity and masculinity are a part of humanity

Be a human first, that even boys deserve fraternity

To be who they are, to express what they are

It's fine not to pay bills or open doors

It's fine at home and when his knees touch the floors

A man becomes a man not cause he shoulders the burden

He becomes a man when he learns to respect a woman

It doesn't matter if you are a he or she, they or them

When we leave all our inequalities at hem

Be an unconventional man who fights for morals

The one who apprecites the difference in each corals

A boy needn't be a gentleman nor a girl or lady

Be you. Be free. A voice to break this stereotypical society.

More stories from Mr. Jax and writers in Poets and other communities.