by India Childs 2 years ago in social commentary
Report Story

Don't hide behind the comfort of a privileged life 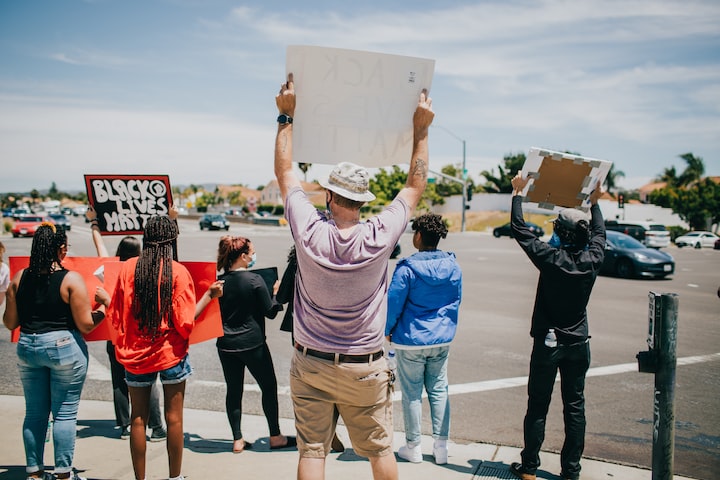 Photo by Vince Fleming on Unsplash

DISCLAIMER- I am providing a stereotype relative to my own community in rural Norfolk, England. This is only relevant to a few people, but I think it's important to highlight why in spite of privilege, we can still overcome these things and put energy into a more meaningful cause, instead of pursuing something expedient. Most importantly, we can learn and grow instead of turning a blind eye.

Iv'e found that some, more so than others are willing to share relevant information to the Black Lives Matter movement, whilst others dismiss its relevance, not seeing the point in being part of the conversation when it doesn't immediately entreat into their own personal lives. Ironically, it seems that it is these same people who also have a more indifferent approach to the Corona virus outbreak, throwing away caution to the wind because they know of no one close to them that shows symptoms.

Funny, then, that this willful ignorance does not allow these individuals to extend their free time into participating in protests with others campaigning for a greater change.

I have been ashamed. I have also been proud of the efforts of some of my neighbors, and some of my friends. If these conversations, so much bigger than any one of us can allow a better future for not only us but for those who also come after, then its vital that we don't give up on anyone who has the power to speak and to help others who have been left vulnerable and targeted. Let us hope that this continues until justice prevails, and also prevents, over cruelty.

I live in a mostly white town,

Most of the white men sit behind desks,

Twiddling their thumbs or

Inspecting their fingernails in front of

Waiting patiently for the evening news.

It’s funny, they say, to Mildred, or Margaret,

All this stuff in the world, it’s

Nonsense. It can’t reach us here.

Maybe she looks at him, nods,

Reads between the lines on his hands,

The bulging skin beneath his wedding ring.

‘We are better than that’

A dark impossibility she thinks,

She changes the channel,

Why is it that this is a distant reality?

A profound mistake somewhere far away,

Beyond this realm where

Steve doesn’t have to worry about anything

Got home safe from school,

Sunny Suburbia with the promise of Cocoa

When she gets home,

Assured in the cardboard cutout neighborhood,

The telltale signs of bolted doors in

Seething a shade of denial

Should there be such shame in making one

So many suffer the prejudice of fools?

We make speeches with some carnal dignity,

Some show of form, all the while

Truly ignorant to what it means to live

In fear, to not see something of a monster in

Ourselves, adjusting ties and the straps of

Watches, impatient in the blank space between

Where we started and where we are meant to

We play the Supporter, the Preacher,

The Ally, but do we think about

What happens at the curtain call?

Are we instead left to wonder of all

The gray, discolored half truths,

Getting it right, at playing the game?

For so long we have been told to think on the fence,

But the time now calls not for

‘A door opens and closes

Be on the right side of the change

You want to see in this world,

Don’t let the despair of somewhere else

Allow you to fall back into your

Do what is right

DON’T allow for a black man to suffer on the other side of the screen,

Whilst you flounder in your own fix and worry your

I'm an aspiring writer and poet, with a daydreamer's addled brain. Proud editor of This Is Us Youth project which aims to encourage young people to speak up, no matter what they think.

More stories from India Childs and writers in Poets and other communities.