Wallace Stevens' Perfect Use of Language

by Cathy Coombs 4 months ago in nature poetry
Report Story

'One must have a mind of winter…' 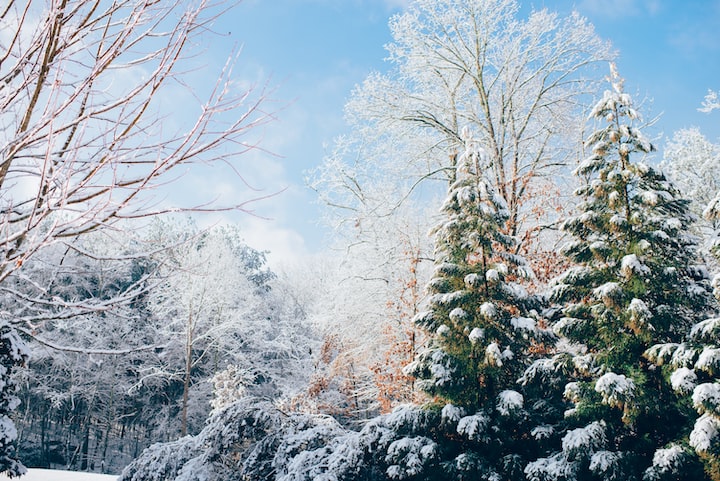 So, here it is, winter, and many of us know the cold and flurries will be approaching much sooner than desired. Now's the time to stack up on your favorite coffee and snacks, and paper and pens. Write it right away.

Well, not so fast. I have a lot to say about winter, but I need to wait until real winter actually arrives.

I live in the Midwest and ever since my dad retired from the Air Force in this area of the country, he always said, "You can't predict the weather in the Midwest." He would say it every year. Now that dad is gone, his saying becomes my own.

When we were stationed in South Dakota, winters were so full of snow and sledding and it was cold, but we didn't really seem to care. I was a sixth-grader then and the cold just never bothered me too much.

For the most part since moving to the Midwest, I have felt other than the coldness, winter had been pretty mild compared to other parts of the country we had also lived like Idaho and Nebraska. We had blizzards and for the first time in its history, over 10 years ago, the law firm I worked for closed for two days.

The older I become, the less and less I liked to drive in snow and ice. The steady memorized poem of a mantra, One must have a mind of winter, filters my anxiety even during the two-hour drives it used to take to get to the office.

As humidity departs, hair goes flat and the natural curl takes a break, and the static spray alters the clothes and hair again. It gets colder and colder and the days seem shorter with daylight saving time. When I was working in an office, I really used to not like leaving after the sun had gone down.

I'm not like a bird that can just pick up and leave and migrate to a warmer climate for four months. I'm not like a bear that can shuffle into the storage bin and sleep until spring. I'm more like squirrels collecting coffees and food to prepare for all the effects of winter.

How do you prepare for the cold?

Plan ahead. Find the ice scraper you took out of your car in the spring and get it back into the car under your seat. Find the winter gloves you thought you stored in your glove box. Get that blanket back in your trunk and the flashlight and the chocolate cookies (ah, you know, just in case because they won't melt now). And, the best part, stock up on tablets of paper and fill your pen caddie with your favorite writing utensils. Make sure you have enough ink on hand for your printer. Get up early on Saturday and write, write, write.

Right away, write and write away

The one element I love about winter is the role it plays with the mind and writing. There is nothing like waking up Saturday morning and watching snowfall in its waltz-like dance while covering the ground. Then you put your plan into action. You've already stored your favorite snacks, your favorite coffee blend, hot cocoa and it's time to write all day long as you listen to the silence and the freezing rain hitting against the window.

It's a great season to write poetry, to sit back and think and brainstorm ideas, and weave those words on your piece of paper. There's simply no reason not to. Somebody out there is waiting to read what you are wanting to write.

Every winter I think about The Snowman by Wallace Stevens. It's one of my favorite poems. It never fails that we will have pretty good snow and as I look out the window, my mind always goes to, One must have a mind of winter…. If you have never read this piece before and you love poetry, it's included below for your reading pleasure.

One must have a mind of winter

To regard the frost and the boughs

Of the pine-trees crusted with snow;

And have been cold a long time

To behold the junipers shagged with ice,

The spruces rough in the distant glitter

Of the January sun; and not to think

Of any misery in the sound of the wind,

In the sound of a few leaves,

Which is the sound of the land

Full of the same wind

That is blowing in the same bare place

For the listener, who listens in the snow,

And, nothing himself, beholds

More stories from Cathy Coombs and writers in Poets and other communities.