by KK245 11 months ago in inspirational
Report Story 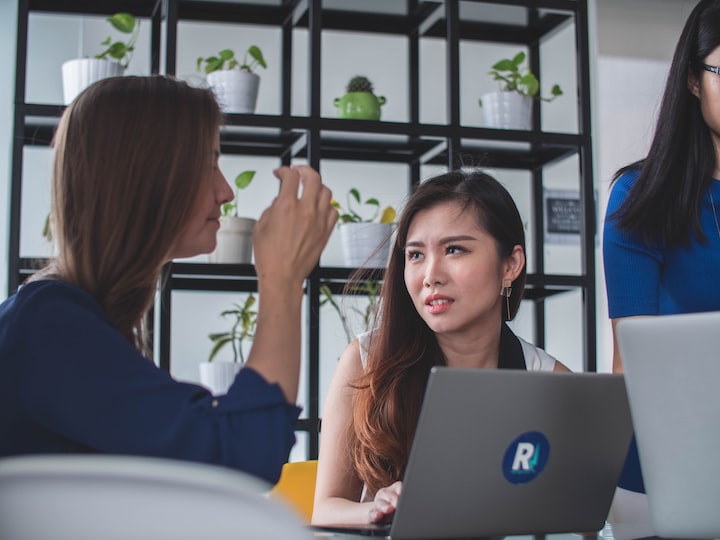 Photo by Mimi Thian on Unsplash

The topic as of now was going to go far!

One of them came up with solutions,

The other came up only with questions!

The argument went on for days and days,

Both sides didn’t give up even to say grace!

The two of them argued with each other rapidly,

Words came out from their mouth endlessly.

The sight of the famous slogan 'Don’t Quit' struck them both,

The same way as how a dedicated soldier towards his countrymen takes an oath.

Both sides could not see a signal of win,

The watchers were all in a mood of chafe,

Seeing the two individuals both arguing with endless facts.

Until one unusual day a wise man from somewhere appeared,

He suggested them something for both as his emotions towards them mired.

The wise man spoke “ Both say you are competent,

the two of you can come into acceptance.”

Thus, they both embark on a new journey,

Seeking for this‘The Great Guru’ but on the way still towards each other showing no mercy.

They crossed the roads both dangerous and safe,

Finally after travelling by foot they found the gate.

The gate had a positive aura which an ordinary being could feel,

It was a feeling so new to both and surreal.

There appeared so called ‘The Great Guru’,

By touching their hands he calibrated a task to the two.

They were sent to a maze very unusual, feared by all men whether strong or feeble.

Round and round like the shape of the earth they separately walked,

All to find themselves again in the same path.

Frustration and anxiety hit their minds from within.

The point of desperateness almost killed them both,

So they both decided to unite for the first time by taking an oath.

After few minutes of team work they both were free,

Both realizing that for the first time they worked together in something and agreed.

He realized what both men had been through.

No explanation to them was needed,

Both understood the situation and to their abodes they proceeded.

What they realized was absolutely stupendous!

They realized that men will always have their differences!

Despite the personal opinion everyone is unique,

Problems will be solved if we respect the differences

And unite for better world and proceed.

Be it a different class or a community,

How a brave knight slays an obnoxious beast for his people’s glory.

Let all humans be of different height, weight, structure or religion.

Imagine if all humans for once united

Keeping their differences aside the world would be a complete sensation!