by B.R. Shenoy 4 months ago in surreal poetry

Many Thai dishes are not for the faint-hearted 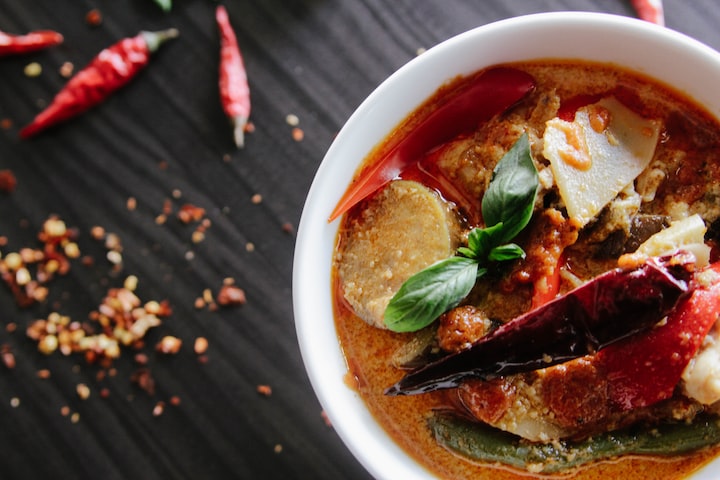 Photo by emy on Unsplash

“Thai food ain't about simplicity. It's about the juggling of disparate elements to create a harmonious finish. Like a complex musical chord it's got to have a smooth surface but it doesn't matter what's happening underneath. Simplicity isn't the dictum here, at all. Some westerners think it's a jumble of flavours, but to a Thai that's important, it's the complexity they delight in.“ — David

Feast for all the five senses

We recently visited a popular Thai restaurant. We ordered several dishes that were served incredibly spicy, especially to my palate, which is not naturally accustomed to such fiery heat. Thai cuisine is truly a universe of flavors in a dish.

This story originally appeared on Medium.

Read next: So You Have a God Complex?