by Julianne Algueseva 2 months ago in sad poetry
Report Story

A brief story and poem based on the horrible life occurrences that my mother and I went through. 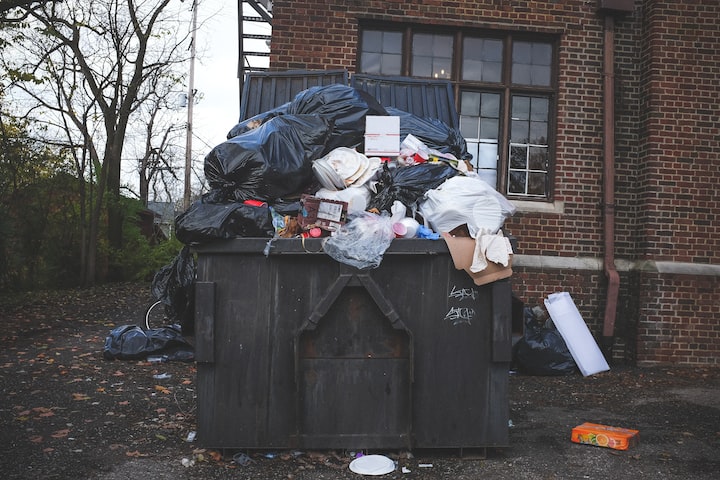 ~ I wish this was just a funny, fictional poem but it is not. This poem is based on experiences both my mother and myself went through. I could write more but I really don't want to stir up my PTSD. This poem was written in 2012 when my mom was several months into dating Mr. Tony. I published it about a year later on my blog. I know this person was one of my mom's friends back in highschool but still, time can change anyone. As she put it towards the end of their relationship, "he was not the man she once knew." Almost for a four year period both of us saw how toxic this individual was. Mom went through a lot of hell with him. She really tried to help build their relationship but things only got worse. I know the poem doesn't explain the other nightmare incidents that occurred at my moms house and at my apartment. Over this course of time, we noticed that not only was he a narcissist he was also a liar and a manipulator. Tony hurt my mother in so many ways, and some of these she still wont discuss with me but only with her therapist and doctors. I can only imagine what horrors he put my mother through. I am still grateful to this day that he didn't put her in the morgue. Several times she came so close to death because of this man and his so-called ‘needs’. The apartment was one thing but hurting my mother was another story within itself. I am also grateful mom kicked him out when she did and brought me back home. I still pray that the woman that he's with now sees what a monster Tony truly is before its too late. I hope he does not hurt her or her family members. No soul should put up with this kind of behavior. Without further adieu, here’s the poem.

The stinky old man who lived on a mountain.

Who drinks as well as pees in the same river fountain.

He puts jalapenos or whatever can be found, and sautes it in roadkill that's been picked off the ground.

This stinky person lacks intelligence and charm, I really do think this man was raised inside a barn.

Now he lives with my mother, eating all her food, pushing me out the door, oh how rude!

Here I am at an apartment against my will, with the elderly, sick and the mentally ill.

If you were at my mother's joint, you would smell his odor and finally get my point.

This smelly old guy, which I've said before, is so rotten and spoiled to the core.

I wish he would leave my mom to be, so that she can breathe easily.

This guy constantly throws a fuss, I would like him to go back to where he once was.

Instead he yells and screams that he should stay, my mom thinks otherwise, but anyway...

It won't be long before he's gone, and that would be great for everyone!

More stories from Julianne Algueseva and writers in Poets and other communities.