The Language of Love

by W.H. Michael about a year ago in love poems
Report Story 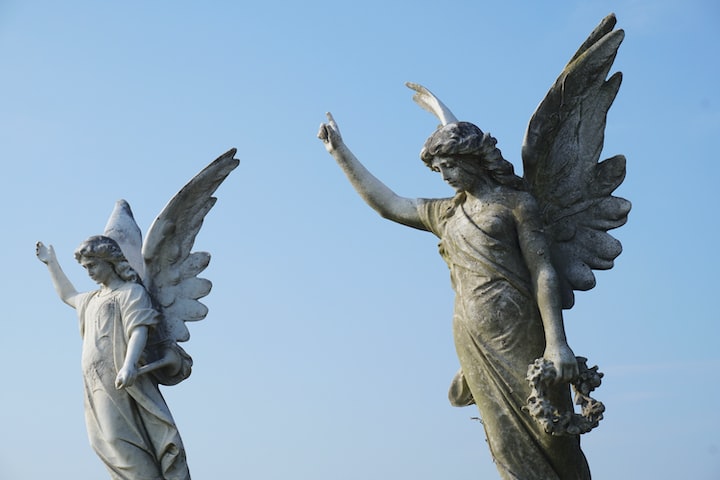 Photo by Gavin Allanwood on Unsplash

Once upon a time, there lived a woodsman who took a wife.

She was caring, kind, and beautiful.

In the evenings, they would talk by the fire, of dreams and future plans.

But each morning as the woodsman would prepare to leave, she would say to him, "Do remember your coat, my love."

Now the time was winter and so for the woodsman, he felt she thought him dull and dim-witted; that he should forget his coat.

And so he would not answer her, because it disturbed him to his soul each time she spoke the words.

While the woodsman was not dim-witted, it was quite dull of him to think this way; and he knew this in his heart, but could not convince his mind otherwise.

It was true the woodsman's wife, only knowing it was cold, wished that by reminding her husband of his coat, he would remember her when he felt its warmth, and think of her thoughtful words.

And so the angels in the heavens quarreled.

Some saying the woodsman knowing how much the words meant to his wife, should say them because he did love her.

Some angels said neh. It is the woodsman's wife that should not remind her husband of the coat if she did love him; for she could plainly see how the words disturbed him.

It Is said that we all have two wolves within, and the one that grows strongest, is the one we feed.

And so the woodsman and his wife continued in this way each morning; she thinking surely, he will thank her this day, and he, wishing she would not remind him of his coat.

For they were both like the ram, who saw its own reflection in a marble wall; charged it, and fell back dazed.

But upon regaining its senses, charged the wall again and again, upon seeing its reflection reappear.

And so the world was plunged into darkness and a cold so bitter, as the angels continued their quarrels as to who should yield for love.

And on the coldest of those days, the woodsman's wife awoke.

And upon seeing how bitter cold the world was, took up the woodsman's coat and brought it to him without a thought of the discord between them.

The woodsman, seeing his wife with his coat and concern in her eyes, without a thought, did kiss her gently upon her lips, and said... thank you.

The angels rejoiced, for none could say which was right.

And from this kiss, a warmth spread once again over the world, as the woodsman and his wife did find their common language, in love.

More stories from W.H. Michael and writers in Poets and other communities.