Sobriety and The Broken Man

by Shy 9 months ago in sad poetry

A poem I wrote about my significant other while he was consumed by addiction. 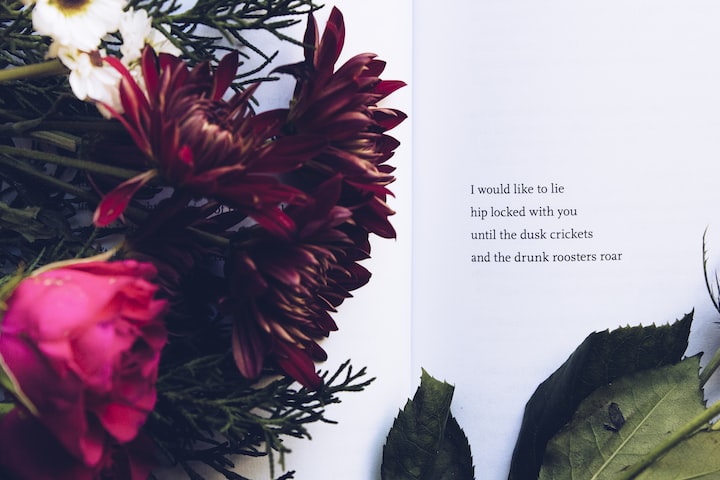 He takes each day in stride,

Holds his head high with pride,

But nobody knows what he's feeling inside-

To quiet the constant fight-

That rages inside his mind's eye,

It snuck up from his blind side,

And consumed everything he is,

To be better, he would give-

Away the empty bottles,

Pour the full ones down the drain,

I know you are in pain.

I try to keep you sane.

So I say, “It's always darkest before the dawn”,

“The sun will come up and the moon will be gone”,

“I'm sorry you're hurting and having this feeling, but it's time to start healing”,

Wash away the blood,

Don't look in the mirror-

It's nothing you'd want to see clearer.

The damage is done, it's a thought you can't take.

It becomes apparent you've made a mistake.

So, where does he go from here?

That much- isn't clear.

There are two paths to chose from,

These two paths are near,

The one on the left is a path full of fear-

It's not a path meant to be followed through,

There is no end, you see.

You trek on and on until you fall to your death,

The path on the right isn't an easy one either

But on this path, you are your own leader.

There is much to see, it's quite beautiful

And the best part is it's not a path walked alone,

Although you will face the unknown.

So, how does the story of the broken mad end?

I'm unsure but I truly hope the right path is the one by which he will descend.

I have schizoaffective disorder and I enjoy writing.

Read next: Asleep and Blissfully Unaware