by Alixzandra Wiseman 3 months ago in sad poetry

This is a short poem inspired by nordic beliefs 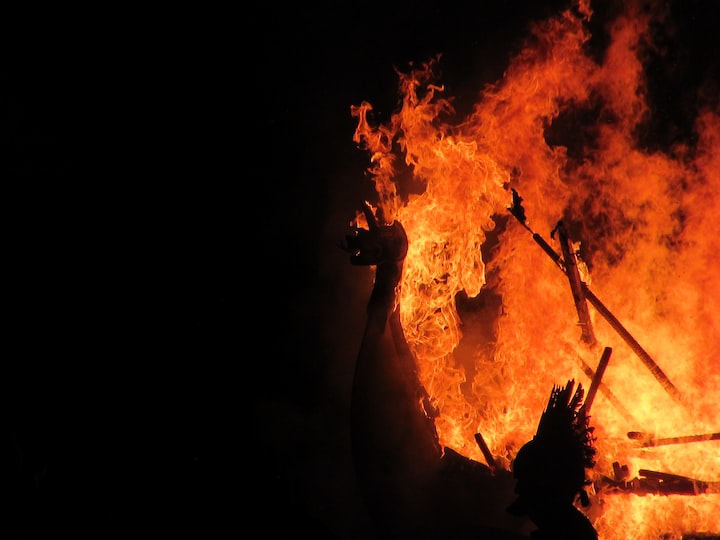 Photo by ella peebles on Unsplash

She sat within the flames of chaos as they kissed her pale skin, just like he had once done, he her husband that was once so knowing and understanding.

Lopt never knew, not until it was too late , for she had once protected him through thick and thin , having spend years gathering the venom from the spitting snake without question or doubt of affection to him, yet his betrayal cut too deep.

To have once been the first and only wife of Lopt , so loyal and devoted . But then to be shunned to become nothing more than scenery in the background of his temple, it was too much for her heart to bare.

It was painful enough that their still born was the cause of her silence, she could not bring herself to admit how much it pained her to lose that baby, the baby which Lopt had always called Von.

So to the barn Sigyn fled , no one would know as the flame began to grow, embracing her, she did not feel the flames heat as it was already too late.

Poor Sigyn , no one ever knew the true cost of your death, he bared it silently awaiting your rebirth, but all that grieve you felt for the still born son, was nothing compared to the betrayal of Lopt.