The clown woman and her tricks 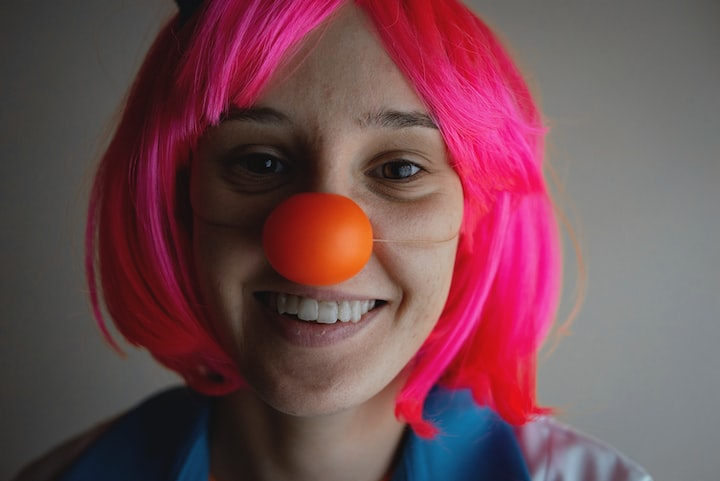 Photo by Agustin Fernandez on Unsplash

I had back stabbers, who stabbed me in the back,

They acted like my friend, but were willing to attack.

They play video games with me,

And try to play wingman, to throw off my sanity.

She knew that her bestie was a crazy clown bitch, a GOOFY,but offered me this person

Kept convincing me that her bestie was the one,

when really her friend was divorced and on one, or two or three types of…

her friend took Prozac, wanted me but also wanted her ex husband back.

That’s when i knew for sure, when she walked out of the hotel room, she didn’t want me anymore.

That’s when I knew What would happen next,

When she sent me a text that she’s getting back with her ex.

I was sitting all alone in the hotel room, all confused, couldn’t believe what you put me threw.

How rude for you to leave me in that room all alone,

You wouldn’t even call me on the phone.

All alone in Monterey. No one was there for me.

I was contemplating suicide that morning, I was sad and mourning.

I was devastated by the betrayal, I was living my own personal hell.

She wasn’t feeling it, she didn’t really feel it.

She knew I had autism and took advantage of me.

She knew I had autism and used me as an ATM Machine.

She was still in love with her ex, and i was just a rebound.

She wasn’t excited about my body. She only lol’d in reply.

She only Loled in reply.

She had a lot on her plate, her best friend told me she dumped me because of my weight.

She knew this months ago, but i found out too late.

She knew this months ago, but i found out too late.

Not even her best friend talks to me anymore, No text, co FaceTime , no more.

I’m just an autistic thing to be taking advantage of, I was too stupid to realized i was used because of my autism.

Her best friend told me that ignorance is bliss and i don’t deserve the truth.

I guess I’m too retarded to understand, RIGHT?

I guess I’m the fool, I should of just kept to myself, if I knew Rone had thorns, but i knew I’d get hurt, yet I was curious.

And now the thorns pricked me, and my fingers were bleeding.

And I sat in the dark at 3 AM wondering what I done wrong.

And now I don’t want to date.

And now I hate marriage and don’t believe in it anymore.

and now I don’t believe in dating,its all fake fake fake and stupid.

I’ll only get hurt again and again.

I’m better off being my own person and staying to myself in the west.

But if I want to get into a healthy relationship, i should leave the west.

Go to the east, where I have a chance.

Not here, Rome is falling, people are crawling.

I have no remorse,

I don’t care as i see everyone in America suffer financially.

The Titantic is snaking but i jumped off and float in the sea on a life saver,

watching from the distance.

I don’t believe in Dating anymore,

I don’t believe in Marriage anymore,

I gave up in the west, this place is a trap.

This place is a trap.

You’re a clown Rose, You and your stupid red nose.

And I suppose you wouldn’t know. You hurt people intentionally,

You have a lot of mental instabilitly. We all have issues but you weren’t meant for me.

You’d rather clown around. All around your town, than be with a loyal man,

you ruined the plan. You’re an Opp now, You’r MY opp now.

So I left your town, sad with a frown now. But I escaped your fucking demented circus full of clowns.

I’m the One whose FREE. I love my freedom.

You can’t find freedom in being a captive at a circus.

You are no longer my problem.

As free as i can possibly be.

I no longer suffer the repercussions of crazy insanity.

Your friend hasn’t talked to me, but it doesn’t bother me.

I sit in my monestar, I sit here peacefully. No one can ever hurt me.

NO ONE COULD EVER HURT ME.

As I live in a city full of clowns. Clowns that don’t make you smile,

but break hearts to the point of leaving your face a frown.

I found peace within myself. That’s all i needed.

Receive stories by Kyle Smith in your feed
Kyle Smith
Read next: Denial In Style