by Isaac Marshall about a year ago in inspirational
Report Story 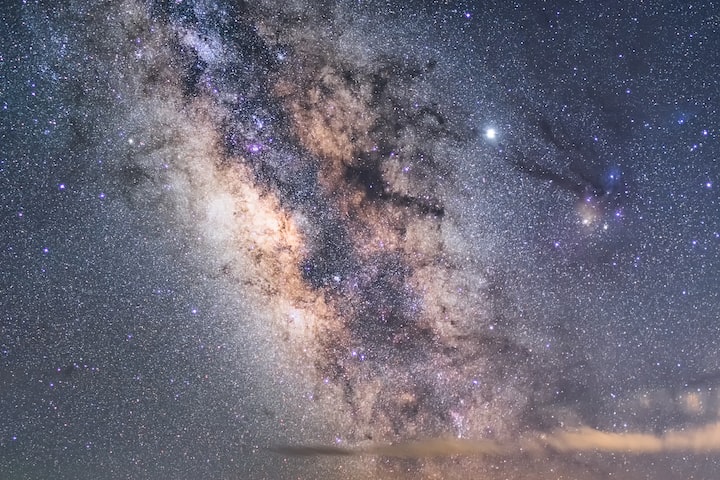 Photo by Vincent Ledvina on Unsplash

A west wind blows from its homeland,

To fly into the distance,

to carry with it a starry ship,

air billowed in the silver sails.

An east wind returns, bringing with it nothing.

bearing with it the lost men.

Flying high in the sky,

Unseen by the earth-bound souls.

The men fear the east wind,

Because the east brings no men home.

The men fear the west wind,

Because it withdraws with finality.

In the west wind, all men retire,

But the east brings no man home.

A man, a hundred men, a thousand.

All men depart from their homes,

to board the starry boat.

A west wind blows once more.

The east brings no men home.

The west wind is blown of a thousand last breaths,

To turn the bow to break through the shimmering waves.

My turn, my turn.

With my companions, I enter the boat.

The west wind blows, and the east brings no men home.

We sail, sail on through the stars.

Ghostly souls along the way,

But left at home, the bones more ghostly still,

Lie fractured in the empty streets.

Because the west brings men to the fatherland.

The east brings no men home.

Striking by the nebulas,

the west wind joins the stardance,

and the east wind chafes our face,

it is painful for us, we hide from it.

We hide because the east brings no men home.

The stars have run out! There is no path!

Then, an anchor to tie ourselves to the last star.

The sky breaks apart, and light,

such light as the stars have never seen,

as the stars cannot compare themselves to,

Such light pours out,

and the beautiful east wind blows forth from it,

blows the light swiftly to us.

It was our companion all along,

but some of my companions fear it.

Fear the holy wind that once stung our faces,

It burns their irises.

But others bathe in it, and it cures them.

They take hold of it.

They love it, and it holds them close.

Because it was given to them,

a gift, they cannot help but love.

No greater light has ever been seen by men,

But there are still men who fly from it.

They swim through the stars, away from it,

and they are lost.

Swallowed by the stars, they burn,

But now my companions and I are free to glory in the brightness,

We raise the anchor and set forth once more to the fatherland.

We greet the thousands before us and know each one.

We are family, and as one we go to sit at the feet of our Father.

Where we bask in perfect light.

More stories from Isaac Marshall and writers in Poets and other communities.