by Blanca Martinez-Pardo 9 days ago in social commentary

One Perspective of Life as the Daughter of Mexican Immigrants 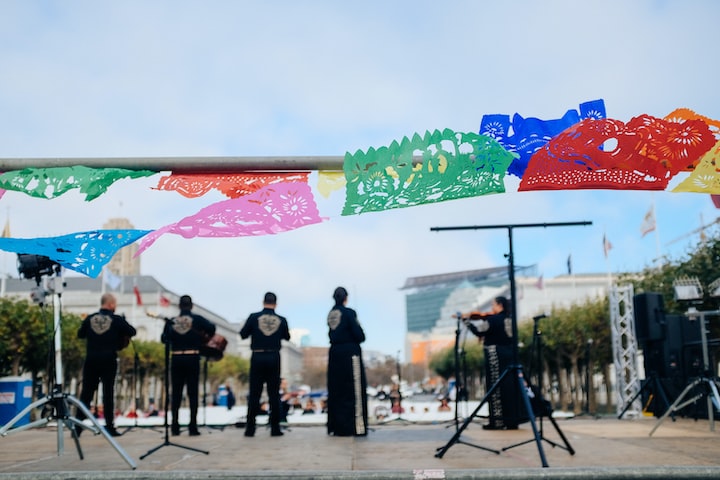 Photo by Josh Wilburne on Unsplash

They might have won that battle but lost the war

But the cage can be so diminutive that it’s suffocating and each labored heave commands them to recall the aroma they adore-Fresh dewy mountain mist trickling down to mix with the tantalizing tortillas (a little bit charred, just how they like it), steaming cups of cafecito, frijolitos a fuego lento, cheese craving to be crumbled all to the melody of the rooster’s song-

Yet sometimes it’s so expansive; they conjecture if this the loneliness they heard lore about--As they amble aimlessly through the void this conniving creature clandestinely commences to control their minds and the memories of the community and connections they left back home get cast out--

But it’s an impossible impossibility

But at the carne asada, las tias say she doesn’t add “enough” salsa

They want you to relish in to like they do (like they learned to do so early on, and so did their parents, and so on and so on) so they toyingly toss you in the deep end of the molcajete with no floaties; but you flounder--It’s fiery like how Latinos are fabled to be, “Anadle, it tastes better than those Hot Cheetos that you're always tragando”, the enriched cornmeal has converted your taste buds; everything you consume has to have its essence processed out to be substituted by mediocre nutrients or else it's too intense--they feel they've failed you, you feel you've failed them

And at school, little Lindsey doesn’t know what “lengua” is, yet uses her own to speak the ignorance she inherited at the reading of the last will and testament; Perhaps one day she’ll renounce it

And how are we to sow together red, white and blue with green, white, and red

When commercials say “real” pizza is Pizza Hut pizza with the stuffed cheesy crust, so you obey even though you've never had it because papi says it’s for Gringos

He has to give in

He swoops you up into his chocolate and vanilla duvalin arms (your favorite combination which he acquired from laboring out from sunrise to sundown) for the last time unbeknownst to you, seems to you, as if y'all are gliding out the door, to him, each advancement adds weight to his steel-toed boots-The caked-on concrete, the dried-up dirt, the raggedy laces: don’t help- you descend from his embrace so he can fumble for the keys to the fatigued and familiar F-150 (named freight train by the boss he bought it from all those years ago)

he vehemently yearns for you to reunite with your first car seat--He was stumped when he went out scouting for it; he had to exert his English mocho for guidance from the sales associate, they were courteous enough, but still, he desired to know with 100% certainty that he had purchased you the paragon--

You force your fingers to rush along with the backdrop beyond the window and you determine that's how rapidly and swiftly your parents must have migrated to arrive here; out of elation for hopes to live in the USA

You feel that elation too, but for you, it's the anticipation to eat as if your family has always been in the USA

Yes, they sprinted a marathon worth of marathons to show up here but for reasons, you'll learn later

Once you swallow its drops to your stomach like a brick; you had so many expectations

that you didn't even take time to taste it, but as it settles so does the realization

The cheesy crust, doesn’t have that much cheese; that will remind you of the barren promises most politicians will make when they run for office to pull you into the polls and seize your vote that they'll never take it into account

And that the cheese it does have, isn’t that tasty; at least not as tasty as the queso de quesadilla that you loved to stretch out before eating because you were positive you could make it traverse the whole world but you had conquered it by fitting it in your mouth

And that maybe, this country might not be as great for you as your parents thought it was

That rolling R you can execute is like a circus act to Jonah, so he asks you to keep doing it

And you do, because your prima says boys with blue eyes pay more attention to your needs

You aren’t sure what that means, but she’s 16 (she was allowed to wear makeup after her quinceanera, she's gotten really good at it too) and your just 12 (your slow bloomer so you just started wearing training bras) so she must be right

Mia, who was your best friend in 1st grade, is now jealous; she has Mofongo, but she wants

Even if y’all don’t know, it’s just because y’all are exotic to him; nice to look at for a while from behind the plexi/plexus glass that has been placed to separate y'all (maybe he even presses his hand to the glass and speculates what it must feel like to be you) then he sonders off to the next exhibit

Vowels tripped you up

“A is for apple and apricot” like a drill Sergeant,

“And though they look the same, they sound different-”, she pauses for effect, inspects the group time rug to make sure all sets of eyes are locked on to hers to convey to you that this is important

But as you mature, you learn that even though you and Aubrey look different (her flowing beachy blonde waves clash with your black braids contained by cuentitas), but sound the same

Those rules will hang heavy like a yunta on your back; you will plow the field and then pick the crop with it

But you mastered AEIOU

But now vowels turn you down

Because when you read in Spanish

You can’t run through it or else you will slam into the vowels as if you were the coyote in the roadrunner cartoon; both of you unaware that the wall is just painted to look like a passage

So of course, your parents see their parents in you

Their parents didn’t go to school -They had to work, to eat, to survive- because they had siblings who needed them by their side; they couldn’t afford to not be alive

So of course, they gifted you with education, for what?

So you couldn’t read Spanish either?

And if you dare write?

So of course, drab becomes your concept of the vibrancy of the culture that pounds through your veins

And admire each stitch on the red white and blue

Because you are woven in there too

I’ve been waiting for other people to give me the title “creative”; but I’m taking it for myself now! I will write without expecting praise as long as I feel pride within.

See all posts by Blanca Martinez-Pardo →