"Just a raw heart beating in front of us"

by Beth Fitzgibbon 8 months ago in slam poetry 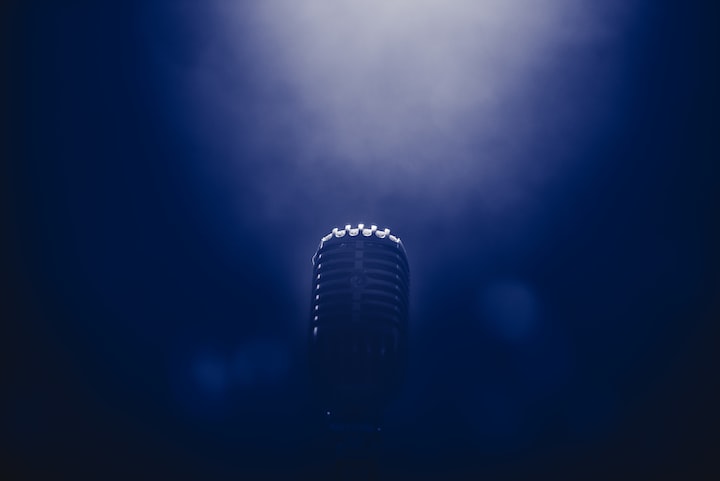 While considering who I could write about in this story, many inspiring Black people (mostly women) crossed my mind. At the end of the day, though, I cannot deny Jae Nichelle, a Black slam poet (among other things).

My initial understanding of slam poetry came from a scene in 22 Jump Street where Jonah Hill's character performs an impromptu slam poem. Though the scene is comical, he makes a valid point: slam poetry requires a "specific point of view on things".

Perhaps this scene was the beginning of my love of slam poetry. The form allows the poet to become a spoken word a cappella, bringing to light a societal issue in the hopes of reaching the hearts of their listeners.

If I'm going to write about Jae Nichelle, then I'm going to admit something to you: I have anxiety. Some days it's manageable and other days it's an obliterating tornado. I mention this because my introduction to Jae Nichelle was the result of having this mental health condition in common.

I was scrolling through Facebook one day when I came across a video posted by Write About Now (WAN) entitled Jae Nichelle - "Friends With Benefits". As you might imagine, I thought it would be a hilarious video.

Instead, it made me cry.

Needless to say, Friends With Benefits was not at all what I was expecting. She hit the nail right on the head with the description of anxiety, personifying it as someone who "messes" with her daily.

It was almost as if I wrote it myself.

I think the most profound section of this slam poem is this:

"I constantly wonder: What happens to a Black girl who is too anxious to ever feel like magic? Can she still fly? Can she still be fly with wings that tremble? Can she forget the lifestyle of an ant's that feeling that no matter what she does, she is in danger of being crushed? And my anxiety doesn't like to be made into metaphors, but what I am trying to say is she is constantly reminding me of how easy I am to crush." [timesnap 1:22-1:50]

When you suffer from anxiety, you do always feel like you are "in danger of being crushed", and the thought of it makes you feel weak, insignificant, and hopeless. When you suffer from anxiety - or any mental health condition, for that matter - you need someone who 'gets' it. Someone who won't judge you. Someone who won't call you crazy or insecure or stupid. Someone who won't tell you to 'get over it', or 'snap out of it', or 'you're fine; just breathe'. And if you can find someone, it makes the daily battle that much more bearable. I'd like to think that, even though I have never personally met Jae Nichelle, she is someone who 'gets' it.

Now, if someone asks me to explain how my anxiety makes me feel, I will direct them to this video or I pull phrases from this slam poem because I know that this is the best explanation anyone with anxiety can offer.

Of course, once Jae Nichelle was on my radar, I began searching for her other slam poems. Another one I found on WAN on Facebook, entitled Jae Nichelle - "My Lips", is presented to the audience as though part of an award ceremony for comments made about the natural size of her lips.

Even if someone has not had the same comments made to them about their lips, they can relate to the energy in her voice and her gestures. I've never had anyone make comments about my lips specifically; still, I have received comments about other aspects of my physical appearance in such a derogatory way, carrying similar negativity often in the form of a joke at my expense.

After creating a familiarity between her own experience and the experiences of others, Jae Nichelle reinforces positive self-image in My Lips:

"Winner for Most Cowardly [...] goes to me for always trying to hide. I did not choose to be a poet. I woke up one day hearing God say, 'I gave you those lips for a reason.' He said, 'Where I come from, you are the standard of beauty: the bigger the lips, the more mountains they will move; the bigger the lips, the sweeter the kisses; the more likely they are to look fine as hell in red.' So, Winner for Most Improved goes to me for finally believing that shit." [timesnap 1:29-2:05]

Jae Nichelle inspires me through the art of slam poetry because she is able to express her own experiences while simultaneously offering 'food for thought' on the issues she brings to light. In my humble opinion, without any form of musical accompaniment, the message is amplified by what slam poets do have at their disposal: their voices and their gestures.

Being a spoken word a cappella allows the unique transmission of honest reflection and communication of societal issues. In the case of Jae Nichelle, I am apt to echo the words of Howie Mandel after hearing the first slam poem ever performed on America's Got Talent in Season 15 (2020):

"[...] it's like singing and talking and just being a human a cappella: no music, no nothing, just a raw heart beating in front of us."

NOTE: If you are interested in viewing Brandon Leake's slam poem - to which Howie Mandel said these words - check out this link.