by Chelsi Arnold 11 months ago in nature poetry
Report Story

A life lived in glory 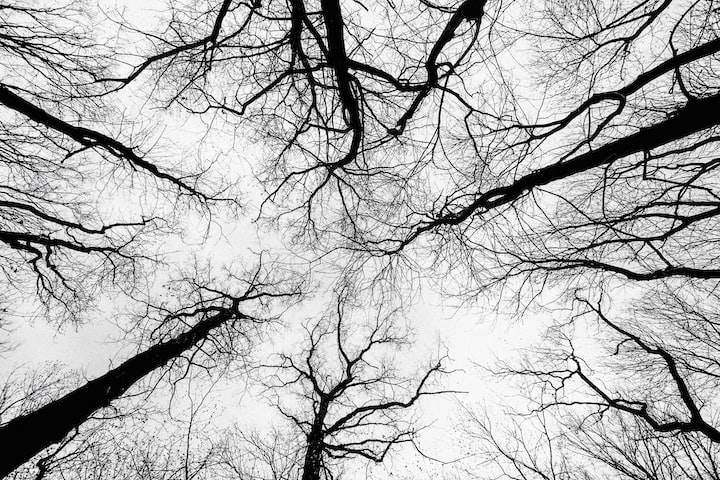 When people look at me, all they see are scars. It is true that I have been beaten, and it is true I have been abused, but there is more to these old bones than a few jagged tattoos.

I will not deny, I know I am nothing like my former glory.

But my weathered physic tells one hell of a story:

I come from a proud ancestral line of pine trees. For years we stood tall and strong, watching over the land; long before the presence of man.

We protected and sheltered; we were grande towers.

Touching the sky and dancing in the wind, were just a few of our many powers.

I was ready to uphold my family tradition as a guardian of the land. Until man invaded, and stole the life I had planned.

The day I lost my roots, I did not fall without a fight.

Settler John cursed, stomped, and pleaded beneath me all day and night.

Angry and heartbroken at what he had done, I made his life miserable.

I broke three hammers and a saw.

I rolled off a ledge, and knocked him in the jaw.

We started as adversaries, but in time, became good friends.

He took care of me and tended to my needs.

While I shielded his animals, his tools, and his feeds.

Becoming a barn was not the life I had envisioned. I could no longer touch the sky, nor could I dance in the wind.

Despite these changes, my role was just the same.

Protect and shield; all that was different was my name.

For a while it was just John and me. The days were long. The nights were short. And the work was never ending.

I no longer found myself sad, or stuck in the past, reminiscing.

I enjoyed our time together, but there was something missing.

As far back as I could remember, I was taught the importance of love; without it we were not really living.

I feared for John, being all alone, but that all changed one hot summer day.

When a blue-eyed blonde, named Lucy, came walking our way.

As soon as she stepped through my doors, I knew she was John’s other half. She was gentle where he was rough; kind where he was tough.

Gleefully, I waited for John to see her and sweep her off her feet.

I wanted to remember every detail of their first meet and greet.

Lucy approached John, asking for his help, but he was struck speechless by her beauty, and could only stare.

Knowing he needed my help, I did the one thing I could before Lucy fled.

I swung my doors open and knocked him in the head.

My methods were brutal, but they did the trick.

One month later, he fell to one knee and swore they would never part.

Laughter and joy filled my heart as they prepped for their big day.

They painted me red, they cleaned me, and they swept my floors.

By early fall they said their vows just outside my doors.

Our time together were some of the happiest memories I can recall.

I watched their babies and then their grandbabies run wild and free.

Slowly growing up as farmers-to-be.

Years came and went, but I never left.

I saw war and witnessed life and death.

I'm haunted still, by the man who took his final breath.

Mother Nature has slashed and pounded against my walls.

She's made these old bones of mine creak and bend.

She's chipped my paint, yet I still stand and defend.

From the Civil War to the Roaring 20’s, I have seen and lived it all.

But nothing has made me prouder than staying true to my guardian role.

Watching over John and Lucy’s kin, has been the best thing for my soul.

It is true my bones are old, and it is true that they are scarred.

Those jagged tattoos tell my story;

I lived a life full of glory.

Born and raised in Texas, I spent most of my time playing sports and going to rodeos. Writing has always been a passion of mine. I love creating new worlds and pushing my characters out of their comfort zones.

More stories from Chelsi Arnold and writers in Poets and other communities.