by Emma 5 months ago in performance poetry 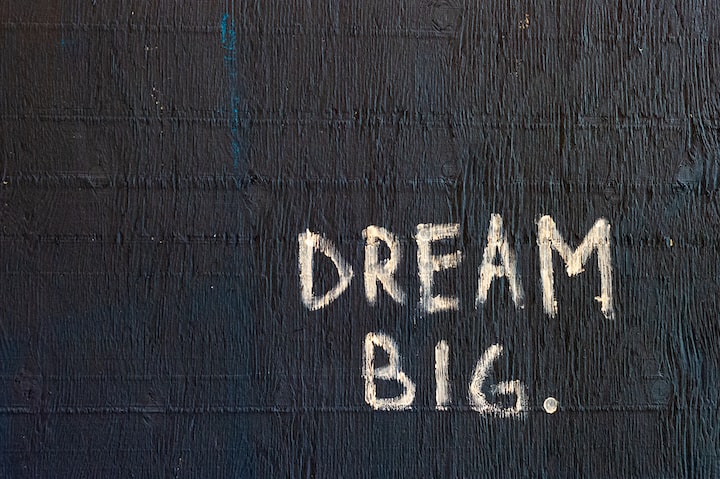 Photo by Randy Tarampi on Unsplash

Being filled with dreams and ambitions, it was disappointing to realize that none of them are happening.

Until a friend of mine shared her learnings, she was told that dreams will just be dreams not until you write it on a piece of paper and plan the execution, meticulously.

That was my wake up call.

That's when I realized that, that's it! That's what I'm lacking! It's the execution,

I kept on wishing and dreaming but I didn't have a plan,

As if I was waiting for I don't know, miracle or magic that my wish will come true by patiently waiting for it and that was the moment,

I realized how absurd that was.

So I grabbed a notebook and wrote down the things I should do to reach my dream, the dream I badly wanted,

I wanted to publish a book so I made a to-do-list for it and I started doing them step by step.

It wasn't easy, I got rejected over and over until one publisher gladly published it.

That's all I needed, someone to take a chance on me. People only saw what they call 'success' but not the process of achieving it,

Those moments of me wiping my tears in front of my computer after reading one rejection after another and those sighs while I was waiting for responds after they "seen" my inquiries and turned out I was waiting for nothing.

That's the reality, we're not living in a world of fairy godmothers and wishing wells so if you want something to happen, then make it happen.

Have the stomach to face scrutiny and rejections without losing your determination because there's no one to fulfill your dreams for you.

I am a writer of my heart. I write what I feel. Poetry is my favorite niche to write.