by Michael Redgen 5 months ago in social commentary
Report Story 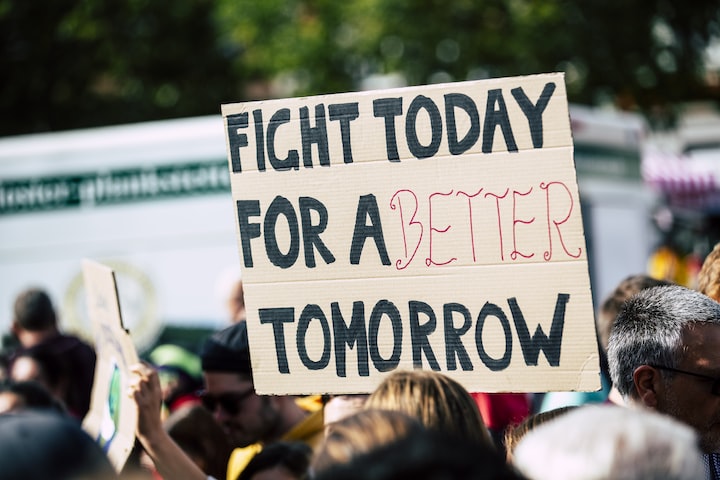 got an unconscious urge towards rebellion.

Sold our souls to be a slave to the wage

told ourselves to be okay with the cage

hold onto control, don’t fold to your rage

what we really need is systematic change.

to be ecstatic, automatic but not problematic.

Just because you have the money

doesn’t mean you have the power

losing jobs cause’ of snobs

Having massive profit doesn’t make you a prophet

being passive gossips only fills their lavish coffers

this war on the poor is hard to ignore

there’s flaws in your rapport that discredit you entirely.

Separate laws for the peasants

anchor yourself ready for this karmic lore.

Whilst you hide inside your ivory tower

the beggars on the streets are being devoured

in the new world they’ll be the heroes and heroines.

The truth will be etched right onto the page

while the proof is performed here up on the stage

no time to be aloof climb up and engage

even though we’re penniless we don’t need your change.

yet words can be turned to resistible volition with a

visible ambition a premonition tuition or an intuitional verse.

When the rich are starving can they eat their money?

You can’t quench your thirst from the burst of that gold honey.

and provide nothing for their tummies.

The problem isn’t with scroungers or doll bludgers

it’s with rude scrooges who toll mothers and judge us.

The problem isn’t with immigrants or students

it’s with governments fat cats that point fingers and screw us.

If the economy flounders, or when equality counters

if fiat currency is grounded, or if the empires are surmounted

bankers will be begging at the farmer’s door–

the bankers will be begging at the farmer’s door.

While distracted by cats and coffee, Michael writes philosophical poetry to help sooth his restless soul. With a unique grasp of universal metaphor and imagery, he writes in depth diverse topics of life that are both personal and relatable.

More stories from Michael Redgen and writers in Poets and other communities.