A Series of Haiku's Poems

by Samantha Garcia 9 days ago in how to 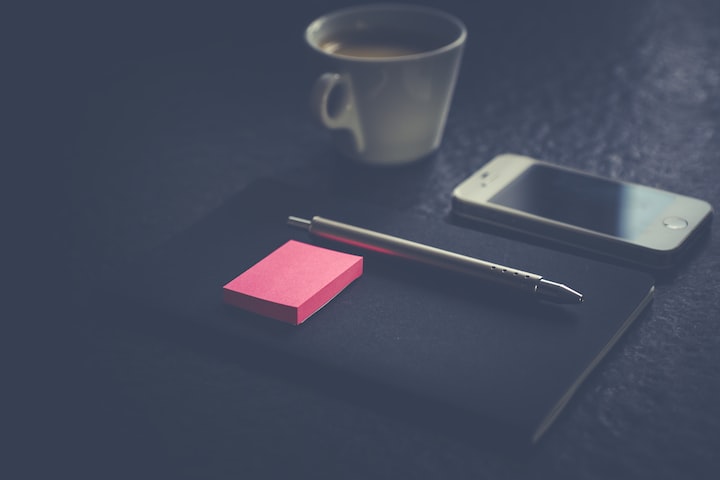 A long time ago in middle school (around 2008-2009)... I remember doing a week-long project of writing poems in my English class. Initially, I hated the idea of writing poems and honestly thought it was quite a useless project to do. However, it wasn't until the middle of the week when we started working on Japanese poems, like Haikus and Tankas, that I started to be more interested in our poetry project. Unfortunately, I didn't keep my original poems from this school project and they are forever lost in some magical landfill off in the abyss. Yup, you heard me! I basically threw all of my middle school project of poem week away in the trash. Such a waste of good hard work of writing poems. My stupidity... I think back on it and realize that it was kind of dumb trashing it, but I was pretty much a goth girl who didn't care at the time. "Why keep hold of your middle school work with you, forever?" For days like this when you want to recall old memories, of course!

If you're writing poems or writing anything really, don't throw away your art! INSTEAD, I highly recommend you keep it and wait a while to go back and revise your work. Heck, store it on Google drive if you have to!

Anyways, moving on... to explain a little more about Haiku's and Tanka's poems; they have a rule about how many syllables you can use per line. Haiku poems turned out to be my favorite so, I always remembered the rule of Haiku poems having a "5/7/5" rule apply to it. Which if you don't know what the "5/7/5" rule means then it goes like this: the first line has 5 syllables, the second line has 7 syllables, and the third line returns to the 5 syllables like the first line. While Tanka poems have a "5/7/5/7/7" rule. In other words, the Tanka poems start off basically the same as a Haiku, just add two extra lines with 7 syllables in each. These are short poems for a writer or poet to enforce themselves to limit their wording and creativity ability. Every word counts. You're supposed to create a vivid image for your readers to understand within a handful of words while still following the syllables limitation.

Although these are probably not as good as the pro-poets. It's relaxing to write something down and reread it later. For example, the following Haiku down below was written when I literally work up from birds chirping as loud as possible in the morning. To me, it felt like the male bird was yelling for his wife to come home. Who knows, maybe there was a cat near their nest or he couldn't handle being around his babies anymore and was calling his mate to care for them. I don't know... but yeah something like that was running through my mind as I awoke from chirping.

Do you hear chirping?

As a male bird, yelling for

This second Haiku was just me wishing I could fly. I always like the idea of being an angel rather than a princess as a child. So, I just thought and wonder how it would truly feel to spread your wings up into the sky. For those people afraid of heights, #SorryNotSorry. I always felt better being up high than down on the ground level. And although my DNA says that I'm supposed to be scared of heights, I'm not. So, have you thought of soaring into the sky? If so, enjoy the next poem!

Wonder, how it feels?

To spread your wings in the sky

Gliding in the air.

I apologize for not having any of Tanka's poem examples. They aren't really my thing. But I just wanna put a short, thank you here at the end of this. Thank you beautiful or handsome reader! And yeah, that's the end of this story. I hope you enjoyed it!