What Are Documentaries and How Do They Work?

by Monica Stefan 28 days ago in how to
Report Story 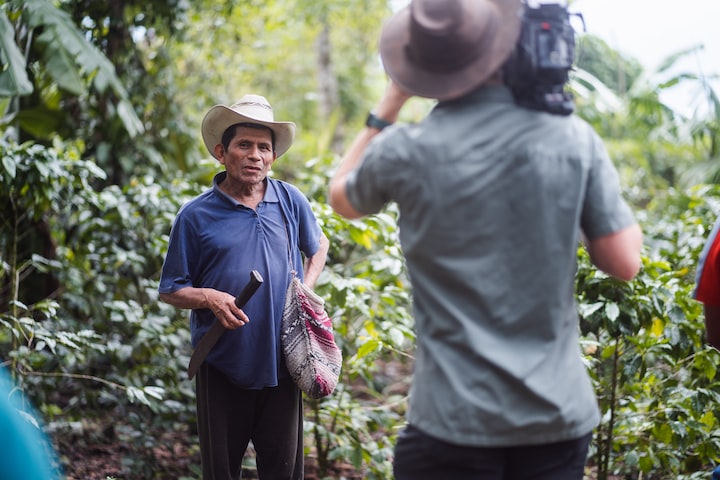 Photo by Esteban Benites on Unsplash

Documentaries have evolved from the dull videos of thirty years ago. Many of them are funny and even interview specialists who may be able to take you on live tours. Documentaries can cover a wide range of subjects, including food, history, science, rock music, and much more. Even documentaries about movies and stars are available. What I'm trying to say is that documentaries should not be overlooked.

What Are Documentaries and How Do They Work?

These are documentaries that take factual information about a topic and portray it in an appealing manner. Actors are used in some documentaries to assist generate a visual support for events, however the essential is that facts should be used as a support. The documentary's maker may have a position on a topic and only present "facts" that support that position.

Even if they disagree with the makers' viewpoints, most people see documentaries as trustworthy. False information should never be used to support documentation. Otherwise, it is considered propaganda, or as it is now known, fake news.

The Worth of Documentaries

Documentaries were once thought to be useful only in the classroom to put students to sleep when a substitute teacher was present. It helps if the average documentary narrator has the world's flattest voice. But, because to technological advancements and a shift in educational philosophy, all of that has altered. Documentaries have surpassed the importance of fictional films in contemporary society.

Documentaries are one of our time's most valuable but underappreciated cultural forms. To be sure, they aren't all great, but the greatest are unique, convincing, and enticing. And part of their success can be attributed to the way they are taken for granted and casually observed. In this century's cultural upheaval, few ancient things have thrived, but doctors have progressively solidified their hold over a small piece of the population's awareness. Stars from the film industry want to create or support them. If you squint hard enough, they can almost appear to be the new rock'n'roll. (Source: The Guardian)

You can't help but pause after reading it. Is there more to documentaries than you first imagined? They appear to be a strong element of our society that goes unrecognized by the rest of society, especially when one considers their impact.

Documentary films are an in-depth and instructive resource that can be used to start a conversation. They are effective instruments for bringing critical problems to the forefront in an engaging manner that generates discussion and, in some cases, social movements. Character-driven, feature-length documentaries that tell real-life tales provide a human face to global concerns that could otherwise seem remote or unrelatable. Hearing and hearing these firsthand accounts through documentary filmmakers' hard work allows us to put ourselves in the shoes of others, fostering empathy in a society that sorely needs our involvement and compassion.

Documentaries bring subjects to life and liberate them from the confines of textbooks, biographies, and even lecture halls. They may be in your living room or on your way to work. Even on a journey across the ocean, they can be seen. It's approachable, amusing, and thought-provoking.

They can also be a means to connect with others while also broadening your intellectual horizons.

Documentaries are not only a terrific way to learn about and interact with the world, but they're also a great way to get together with friends to watch and discuss important problems of the day. It's necessary to watch more documentaries, but it's also important to discuss about them with others in person. We often lose out on face-to-face talks because we have social media outlets at our fingertips 24 hours a day, seven days a week. They remind us of the real individuals on the other side of a debate, the complexities and intricacies of the various environments in which we live, and the need of open and honest debate.

Documentaries on demand can act as a spark for face-to-face conversations. It is both educational and entertaining. Society is being shaped. Documentaries have gone a long way since their inception.

Where Can I Look for Documentaries?

Documentaries can be found on any streaming service, including Amazon Video, Netflix, Hulu, HBO, and niche services like Curiosity Stream. Look through them all and pick one to watch. They can be half an hour to two hours long, or they can be part of a series. For this, pick just one documentary and watch it through to the end if you enjoy it.

I've selected a few documentaries that you should see below. Use the list as a jumping-off point and explore any rabbit holes you come across.

Documentaries: How to Get the Most Out of Them

Take it a step further by doing more than just watching the documentary. Begin a diary in which you can record your impressions of what you observed. Discuss what you learnt with a friend once you've watched it. One method to get the most out of the documentary is to think about it. You might want to view it again to double-check that you heard everything accurately. This is a fantastic method to improve your listening skills and takeaways.

Discuss the documentary, as previously mentioned. Watch it with your friends and then discuss what you observed and learned from it. Play the role of the devil's advocate to discover what further you can learn about the subject. Make this a regular watch and discuss event. Allow each attendee to select a documentary that interests them.

More stories from Monica Stefan and writers in Photography and other communities.