What the Cats of My Adult Life Have Taught Me

by Janie McKnight 6 months ago in cat

The cats of my adult life have been varied in breed, personality, and longevity. Here’s the rundown of each one and something that they taught me. 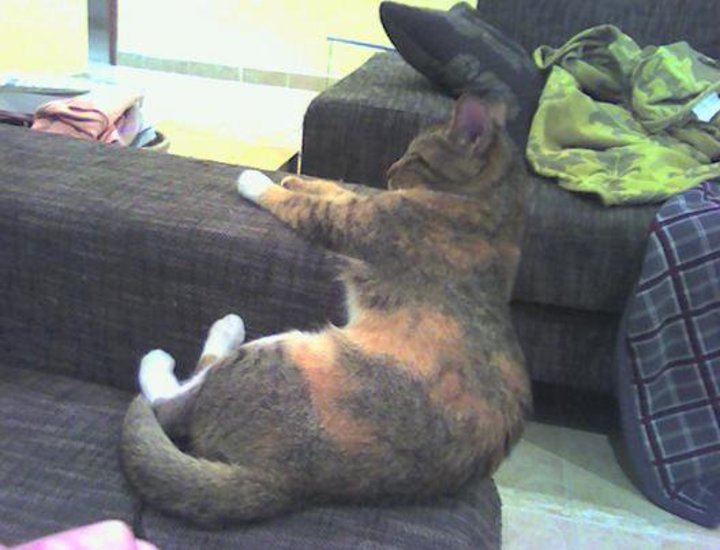 A tortoise shell runt of a feral street cat from Kuwait with one damaged eye, who was afraid of EVERYONE who wasn’t me, not your average starter pet. She always retained a bit of her wild side, but also became affectionate in her own way. I got Dropper (see below) to keep her company. She wasn’t happy at first but grew to tolerate him. I didn’t have him a year before he had to be put down, and then I realized just how much Nefer liked him. She developed attachment issues to me and peed on the couches a lot. When I moved from Kuwait back to Canada between jobs, the stress of it all made it clear I’d have to re-home her. I felt like a failure for years, until I started thinking of myself as her long term foster. Her new home had other cats and people who didn’t work 40 hours a week and she became more socialized. Between me and her new home she lived for five good years.

Lesson: Sometimes letting go is in everyone’s best interest. You just have to hope they make out alright. 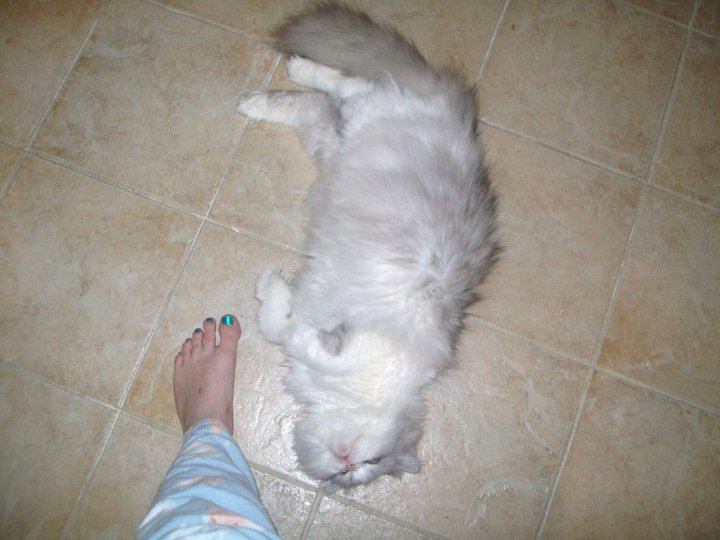 A fluffy Persian-ish cat from a Kuwait animal shelter, very affectionate and very dumb—too dumb to be threatened by all of Nefer’s posturing when they finally met. From the get go he had digestive problems that the vet and I could never solve. Then he somehow lost the use of his back legs and tail and would drag himself around my apartment—he didn’t seem to be in pain. The vet and I made the call to put him down before anything else happened to diminish his quality of life. She did it while I was at work and called me to let me know. Then asked if I wanted another cat.

Lesson: Not everyone sticks around for long, but you have to treasure the time you have with them. 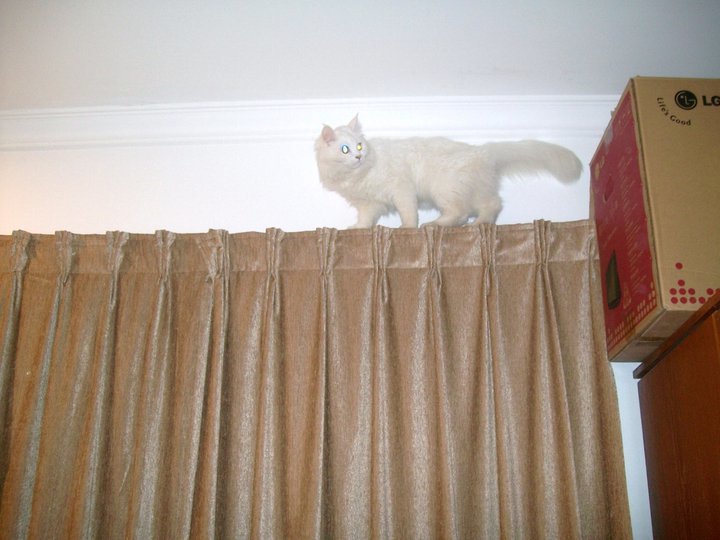 A white stray I got from the vet to replace Dropper for both Nefer and I. He was wild and it was apparent from the start he and Nefer weren’t even going to come to some sort of truce let alone be friends. I re-homed him with a co-worker who was looking for a cat. Her family loved him. 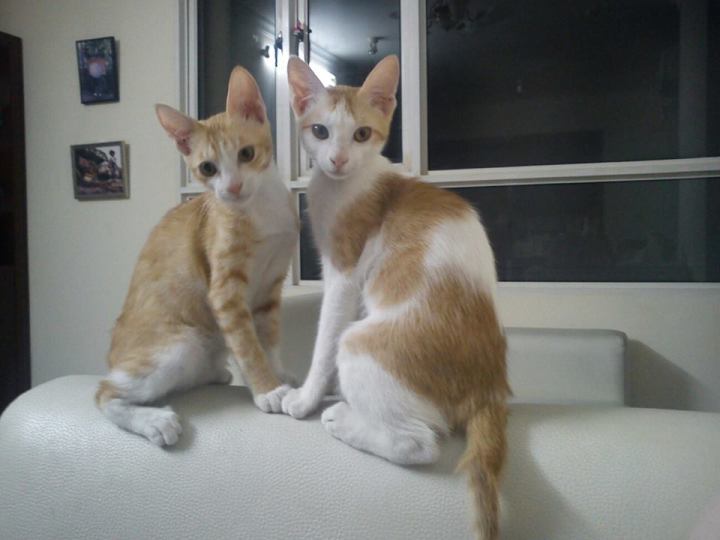 A two-for-one deal, white and ginger sibling kittens I fostered for five months when I lived in Vietnam. They tore my apartment a part and I loved them for it. They did NOTHING alone. If I saw one without the other I started to worry.

Lesson: Trouble can come in small packages, but if it’s cute it can get away with a lot. 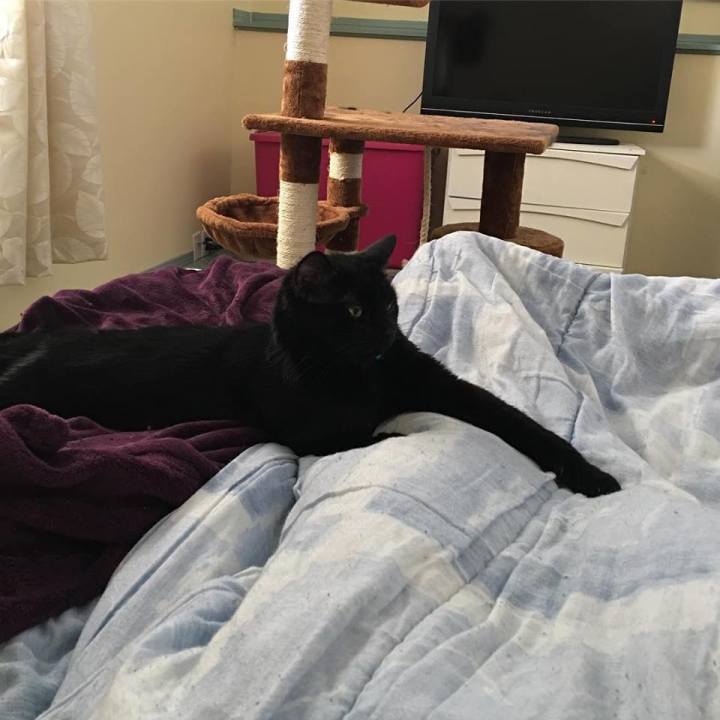 An all-black cat I got from the SPCA in August 2016 after I moved home to Canada. He is somehow both chill and neurotic at the same time. He is a natural scavenger and will inspect and maybe eat anything small enough that gets dropped, even if it’s not food. The SPCA said they guessed he was a year old when I got him, but he about tripled in size so I think he may have been born in the fall. His unofficial birthday is Halloween. He has separation anxiety that he expresses by yowling loudly when I leave for work or am anywhere in the house he can’t be. He also licks walls.

Lesson: Even though you’re doing okay alone, having support can help ease your anxiety. 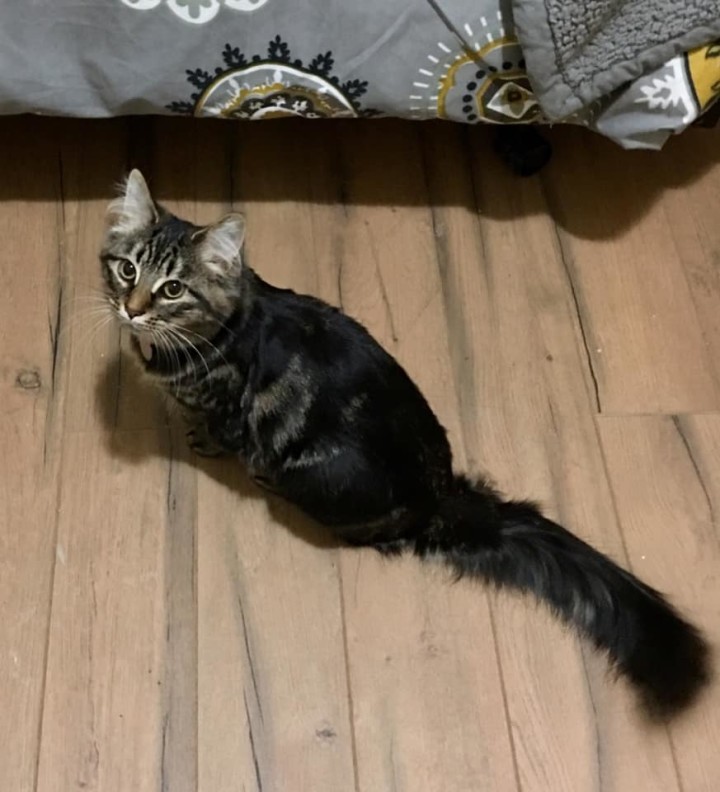 A mostly gray mackerel tabby, who I got in September 2018 when she was three months old. She’s the only cat I’ve had as an adult whose birthday I actually know—June 21. I’d been looking for a small female kitten to become a companion to Pip in the hopes it would help with his anxiety. It did—more so than I’d dared hope. Pip is 10 pounds of muscle, to baby Maeve he was huge and she was unsure of him. I had a little kennel set up in my bedroom so she could get used to Pip and I (and Pip with her) but still keep them separated. The second I brought Maeve in and went to put her in the kennel, Pip followed and tried to go in after her. He loved her immediately.

Maeve doesn’t like dogs, but she plays fetch obsessively and even brings the ball back. If I don’t throw it again immediately she meows until I do.

Now she’s also 10 pounds and, like any good little sister, gets on his nerves. But for all the occasional hissing, running around, and fights (I assume it’s play fighting since no one ever gets hurt), they sleep together, bathe each other, and meet me at the door when I come home.

Lesson: Little sisters are annoying in any species, but well worth having.

Bonus pic: Pip and Maeve together 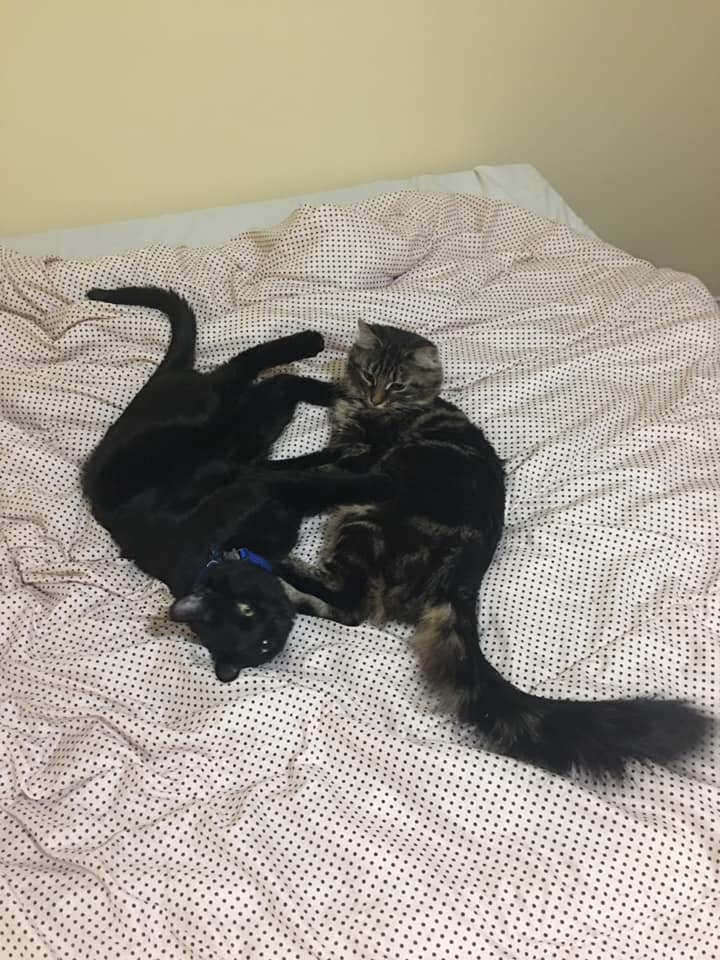 See all posts by Janie McKnight →