by Adam Jorczick about a year ago in literature
Report Story

A day in the life of a cat - Based on "Tea, Hide and Seek" by Florence Rivières 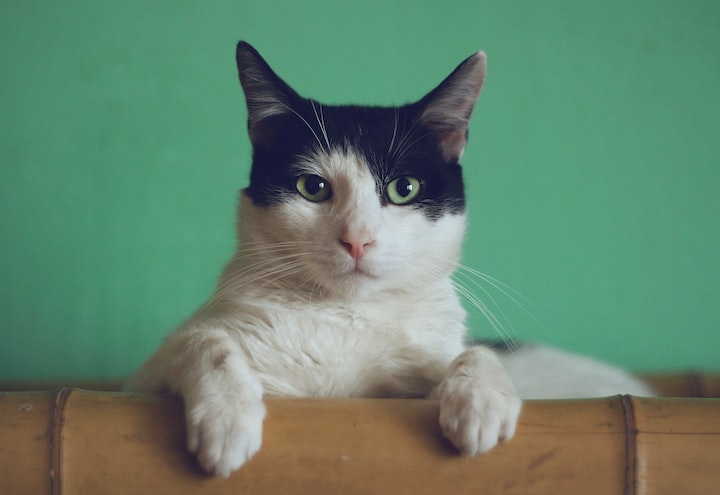 Photo by Manja Vitolic on Unsplash

What a nice day. Yes, it's cold and the streets are full with humans going to one of their weird rituals. A lot of humans in funny clothes walk down a big street while the other humans watch and scream and are rather annoying. Little alleys are much more cozy. Better to sleep in after a good breakfast. But what's that? This human looks sad and anxious. They seem to be agitated, reminding me of a mouse being stalked. Maybe this gathering makes them uncomfortable, just like me. I know them, they are often nervous, but not like this. Normally they go into this alley into one of the buildings here. Let's get them to their relaxing place. "Hey, human, here, let's get your spirits up.", I call out to them. They approach me, looking at me, already losing some tension. They reach out to me. Now, normally I dislike being touched by humans, as they seem to see me as some kind of toy and I resent that. Today, I guess, I can make a exception for them. Out of pity for their extreme anxiousness I just let them pet me.

Honestly? It feels rather nice. I find it heartwarming to give them some sense of security. I lead them away from the crowd and their loud noise, towards the building they always go. "Who's a good cat?", they ask me. Obviously it's me, sacrificing some of my time to lea-- Uhh, they pull out their picture making machine! Picture time! They make them often, but now they want pictures of me. It makes sense, as I am a beautiful cat. There is nothing better one could make pictures of. I wander deeper into the alley, now in front of the building. They lovingly call it "Tea Bunker". As they make pictures, another human calls them into their tea bunker, and the nervous human, whom I took a liking to, disappears into the bunker with the other one. I follow them, unseen by the rather clumsy humans, into the house. They get some "tea", a thing I always found strange. Why would you put dried up plants into hot water and make it all dirty? It seems to have a soothing effect on humans though, and soon enough the nervous human isn't so nervous anymore. They sit there, looking around, as deep in thought, as the other human beings them another tea. The tea human talks to the nervous human about how the nervous human needs to leave the country.

Soon enough, as the nervous human plays with their picture taking machine, a human with funny clothing enters the bunker. They look kinda dumb, and even dumber after they are tied up by the nervous human. They seem to dislike the noises of the funny clothing human as much as me. They bring the tied up human to another human with nice fur on their head. They argue and the nervous man wants to change the nice fur man's fur. After they do this, the fur isn't nice anymore. If I were the nice fur human, I would scream at the nervous human and scratch their face to make my displeasure known. How could they ruin such nice fur?! The fur human seems to take it rather well. Humans really have weird priorities. The nervous human returns to their spot with the pillows and seem to be rather intrigued by their tea. They even talk with it. Humans are sometimes fascinating, especially this nervous one. I should keep it, they are cute and make pictures of me. After a while, they talk with another human, who calls themself "filmmaker". The nervous human and the filmmaker human talk for a bit. The nervous human is hunted by the funny clothing humans. I guess they protested against their noises and now the nervous human is like me, fleeing from someone who wants to put them in a cage. The filmmaker human has a solution for my human. ﻿They want to make pictures in different places and would take my human with them. That's good, my human can escape the funny clothing humans. Oh, the tea human heard my happy cry and approaches me. I better leave quickly.

Outside I wait for my human. After some time, they walk out of the building and I start to follow them. I accompany them to one of their metal travel boxes. Normally I won't even get close to one of those, but seeing as my human enters it to leave, I guess it can't hurt too much. I jump into the bus, as I hear my human call it, in the last second. My human sees me and smiles. For the first time today, they don't seem nervous. For the next days we travel and they make lots of pictures (even some without me!) and I explore things and get cuddled often by them. They are no longer nervous. Soon after, we two are alone again, and my human is now happy. Of course it is, I will always keep my pets happy. I wonder often what would have happened to them if I hadn't helped them when they were nervous. They can be glad to have a caring guardian like me. I even let them drink all the "dirty leaves" water they want. And they are allowed to pet me. We both are happy now.

More stories from Adam Jorczick and writers in Petlife and other communities.