by Shamar about a month ago in fact or fiction

WHOO stole the mice from Barnaby the Owl? 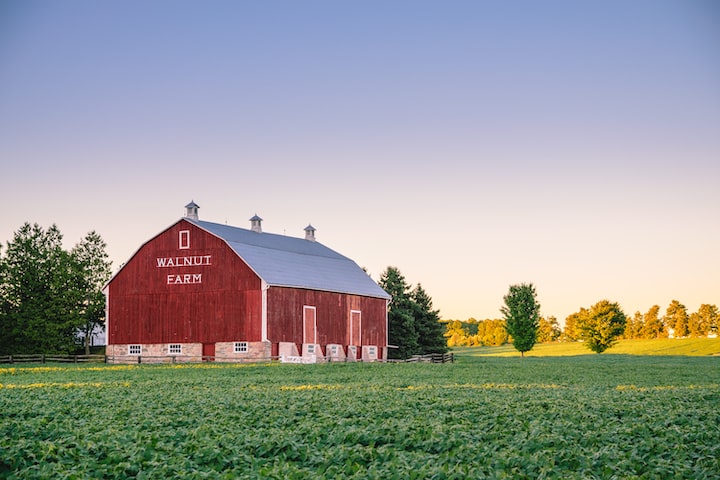 Photo by Guido Klinge on Unsplash

On a farm somewhere in England, there was a horse named Harrow, a sheep named Shelly, a Golden Retriever named Daisy, a frog named Fredrick, a black cat named Crawford and a barn own named Barnaby. There were more animals on the farm but this was their main friendship group, they couldn't really make friends with the other animals because Fredrick always felt too intimidated by their size. Shelly was obviously an exception.

It was a Friday afternoon and the weather was atrocious, typical British weather. Thunder, lightning, the whole works. Farmer Joe had had another domestic with his wife as she forced him to go to yet another couples’ counselling session.

All the animals were gathered in Harrow's barn. Daisy was particularly bored as there was no one around to chuck her a ball, so she got Barnaby to bat it with his wing as he had particularly strong wings. However, it didn't last very long because Barnaby got bored and the ball didn't go very far.

Crawford decided he was also bored and wanted to wind all the animals up by starting a debate about who was the most loved animal out of them all. "I live the longest, I don't get slaughtered for meat, I don't require too much attention because I just sleep and I can go where I please. Therefore, I am the most loved animal" Crawford said.

Instantly, all the other animals begun to claim they were the most valuable and loved.

"I am an extremely valuable asset for humans as they get to jump on my back. No one else can be climbed on! Also, I get my own metal shoes and clothes when it's raining. Therefore, I am the most loved animal" said Harrow.

"Humans keep warm in the winter by using my wool so they don't freeze to death. My coat can sell for a lot of money and money means everything to humans. Therefore, I am the most loved animal" said Shelly.

"I live the second longest but humans grieve the most when dogs pass away so I will be the most missed out of all of you! Farmer Joe and his wife play with me every single day and I even get to go outside the farm with them. Dog is mans bestfriend. Therefore, I am the most loved animal" said Daisy.

"I can tell you now that I am not the most loved nor convienient animal, so everyone just carry on. I'll sit this one out!" said Fredrick as he pulls out his flask of tea.

Barnaby just laughs at them all. "The only thing keeping us all alive is food and I will always have the most food because mice are everywhere at all times. Also, I have wings so I can fly anywhere I want at any time without having to be put on a leash, I don't have a stupid collar round my neck and I don't have human hands touching me all day. Therefore, I am the most loved animal" said Barnaby.

The other animals agreed that having the most food was a stupid argument and that Barnaby didn't really have a reason to live. He can't be used as a pet, he can't shed fur for money, he can't be sold for meat so all he can do is make noise at night and impressively turn his head 180 degrees.

Poor Barnaby got angry with the other animals ganging up on him so flew away back to the woods to his house. He decided to watch the sunset and eat a few snacks (Barnaby was a victim of stress eating). To his dismay, when he got to his snack draw, his mice were all gone! Had they managed to escape and wriggle away? He was sure they were dead when he caught them.

He searched up and down his house for an hour but still no luck. At this point, Barnaby was fuming and was convinced one of his friends had taken them, most likely Crawford as he is also a fan of mice.

"WHOO did it?! WHOO stole the mice?" Barnaby shouted waving his wings around everywhere.

Crawford began to laugh because Barnaby had never been able to say the word 'who' correctly. After he had done laughing he tried to reassure Barnaby that he for one had not touched his mice, even though he wished he had.

"Dogs can't climb trees, so blame someone else!" shouted Daisy.

"Mice are much faster than me so it couldn't have been me. Frogs physically cannot climb trees" said Fredrick.

Harrow and Shelly claimed it wasn't them, but Barnaby didn't believe anyone.

"That's it!" Barnaby uses both wings to close the door to the barn. "No one leaves until my mice are rightfully returned to me!"

For at least an hour, all the animals are arguing with each other. As Crawford is particularly evil, he decided to wind Barnaby up the most. But Barnaby wasn't having it this time! He flew over to Crawford and slapped him with his wing! All the other animals gasped in shock. Crawford hissed and attempted to scratch Barnaby with his claws.

"This has gone far enough! Farmer Joe will be back soon. We should all go back to where we belong" said Shelly.

Barnaby knew this was a good point so he opened the doors to the barn without saying goodnight, slammed the doors shut behind him so the rest of the animals would struggle to open it without his strong wings and flew away.

He needed some air so decided to fly around for about an hour and scout for more mice. Half an hour into his journey, whilst he was in the air he spotted Farmer Joe and his wife walking up to the house. Barnaby decided to sit down and watch them enter the house as he had time to waste. As he sat on a tree, he spotted a few lines on the pavement. He zoomed in with his eyes and what did he find? The mice! Indeed they had wriggled away and escaped!

Just as Farmer Joe was walking up to his house, his big muddy boots nearly squished the mice. Luckily they didn’t and all the mice managed to escape into their hole in the wall just in time.

The next day, Barnaby flew to each animal individually and apologised. Apart from Crawford, he was still angry at Crawford. Looks like it's a long weekend ahead of stocking up on snacks for Barnaby the barn owl!

A week had passed and Barnaby had managed to restock his snack draw. On a night when Barnaby out, Crawford managed to climb the tree, break into Barnaby’s house and take the mice!

“After last weeks antics, he’ll never suspect a thing!” said Crawford as he tossed the mice into the air.

Poor Barnaby! Looks like there’s about to be more farm drama...