by John Anderson 20 days ago in science

Scientists from around the world have come together to warn humanity of such dangers. 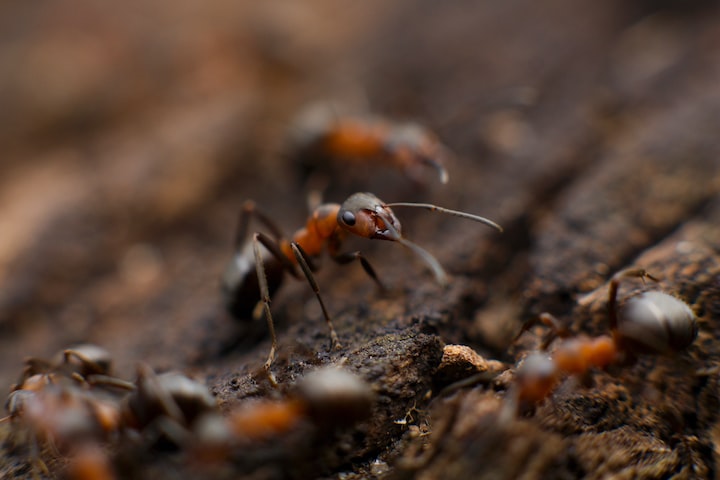 Photo by MIKHAIL VASILYEV on Unsplash

The decline and extinction of insects are accelerating in many parts of the world. With this comes the disappearance of irreplaceable services for humans, the consequences of which are unpredictable. Scientists from around the world have come together to warn humanity of such dangers.

Engaging civil society and policymakers are essential for the future and the mutual well-being of people and insects. In addition to mitigating climate change, an important aspect of the solution involves reserving high-quality, manageable portions of land for conservation, and transforming global agricultural practices to promote species coexistence.

Humanity is pushing many ecosystems beyond recovery. As a consequence, unquantified extinctions of insects occur every day. Two scientific articles by 30 experts from around the world analyze the dangers and ways to prevent future extinctions, intending to contribute to a change of attitude necessary for the survival of humanity.

“It is surprising how little we know about biodiversity worldwide when only about 10 to 20% of the species of insects and other invertebrates have been described and named. And of those with a name, we know little more than a brief morphological description, perhaps a part of the genetic code and a single site where it was seen some time ago, "says Pedro Cardoso of the Lummus Finnish Museum of Natural History, University of Helsinki. , Finland.

"With the loss of species, we lose not only another piece of the complex puzzle that is our living world, but also biomass, essential, for example, to feed other animals in the living chain, unique genes, and substances that could one day contribute to curing diseases and functions of the ecosystem on which humanity depends «, confirms Cardoso.

The ecosystem functions he mentions include pollination since most crops depend on insects for survival. Furthermore, insects contribute to the nutrient cycle through decomposition, as well as many other functions for which we have no technological or other replacement.

Practical solutions to mitigate the apocalypse of insects.

The researchers also suggest possible practical solutions based on existing evidence gathered around the world, which would help prevent further loss of insect population and species extinctions. This includes actions such as reserving manageable, high-quality portions of land for conservation, transforming global agricultural practices to promote species coexistence, and mitigating climate change.

How you can help insects

1. Offer a large plant buffet to attract as many different insects as possible. Plant early bloomers such as crocuses and daffodils and plants, for example, horn clover, raspberry, cornflower, mallow, columbine, or nettle. Flowering herbs such as sage, thyme, and lavender as well as domestic roses also magically attract insects. Important: Prefer native (wild) plants. And if possible, let something bloom all year round

2. Plant native shrubs such as goat willow or hawthorn, a rowan tree, or sometimes a lilac on which butterflies fly.

3. Avoid pesticides and protect your plants naturally. For example, aphids are a great food for ladybugs.

4. Avoid exotic plants like thuja and cherry laurel, which are of no interest to insects.

5. Leave dead wood in the garden, because insects find an ideal shelter in it. The animals can also use waste wood as food and building material.

6. Create a pile of stones in which insects such as the large wool bee or mortar bee can hide.

7. Offer wet clay in a flat bowl. Many insects like the Mason Bee need it to build their nests.

9. Build a Benjes hedge from cut branches if you have enough space. It attracts many insects that can spend the winter here.

10. Offer market- containing stems such as those of raspberry, blackberry, dog rose, or black elder as nesting sites. Simply cut the stems into long pieces and attach them vertically to a fence or other location.

11. Build an insect hotel - for several insects or just one species. Various natural materials such as brushwood, wooden discs, and bamboo canes are suitable as a building material.