My Dog Hates to Poop

by Anita Powell 6 months ago in dog

Getting a dog to poop 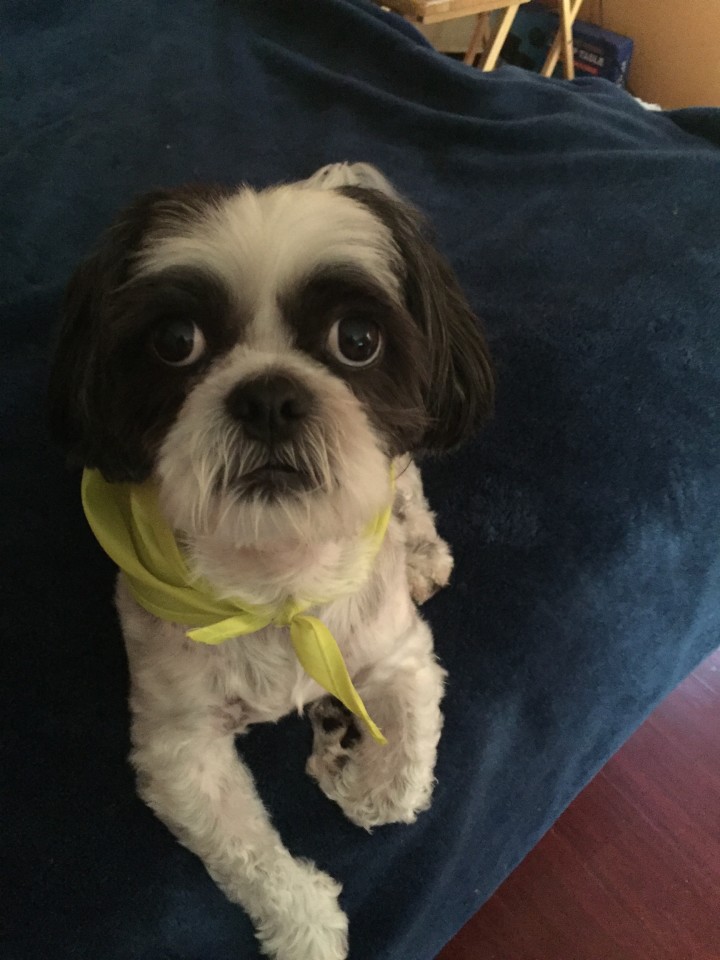 I have two Shih Tzus, GG and Mason. While Mason is a pooping machine, GG hates to poop. I realized when GG was a puppy that she is a very stubborn dog. I had to leave the house at 3 AM and would put food and water down for her, and when I returned home—usually around 6 PM—her food and water looked just as I left it. When I came in the house, she would look at me with her big eyes and turn her head. I knew she was mad, but I had no choice; I had to work. I did work at home at lot of the time, but when I came home, that was my punishment: she ignored me. Once, I had to go to Boston for a conference. I had to board her, and after inspecting and checking the credentials, I settled on Best Friends for boarding. I loved that place. I paid for her to go on a shopping spree in their store, ice cream, one-on-one playtime and bedtime stories. I wanted her to be as comfortable as possible for the 5 days she would be there. I would call every day to find out she would eat but wouldn’t poop. I was scared if she didn’t poop soon she might get sick, so I cut my trip short. When I picked her up I felt so guilty that I cooked her a steak which she gobbled up. Who wouldn’t? She still wouldn’t poop. The next day I was ready to take her to the vet when, while walking, she stepped down on her leash to let me know that was as much walking as she was going to do, and so we turned around to come home when she finally pooped. It was big dog poop. I mean German Shepherd amount. I felt like jumping for joy.

I noticed that pooping for GG is a matter of how she feels. GG is 17 years old and she is defiant in some things—and pooping is one of those things. When I take her out, I have to give her some sense of privacy. She squats and I look up into the sky. If I don’t, she squats and just looks at me with those big eyes of hers and nothing comes out. I learned this after many years of trying to figure out why she would poop sometimes and not others; it was a long process to get to that point. With GG being an old girl now, I am fanatic about her pooping because it is harder for her to smell and the amount of food she eats varies. I have tried Metamucil, but getting that in her was not working at all. I would find the Metamucil on the floor when I thought she had swallowed it. The next thing I tried was pumpkin. I mixed it with her boiled chicken, and for a while it worked, but then she got smart. She would smell Mason’s food and, because it didn’t have any pumpkin, she would try to eat his food. The next thing I tried (and still do) is smearing pumpkin all around Mason’s plate so his plate would smell the same as hers. This worked for a while, but she got wise again. She now smells his plate and goes back to her plate and only eats the boiled chicken pieces that have no pumpkin; the rest she throws on the floor next to her plate. It’s frustrating that on a daily basis I have to figure out what will and won’t work.

I keep a WeeWee pad on the floor so when the weather is bad or I can’t take her out, she could go; however, she doesn’t like going in the house and would rather hold it until she can go out. Mason on the other hand poops like a caulking gun; what goes in comes out in the next hour. It's unbelievable that a 17lb dog could have so much poop or pee in him. I mean, he can pee outside until nothing comes out and come in the house and pee again. It’s ridiculous. When Mason finishes eating, he heads straight to the WeeWee pad and poops. I wonder how the food can digest so fast that it comes out after the last bite. I don’t know whether the fact he eats like a vacuum cleaner has anything to do with it. Mason does not chew his food, he just sucks it down. While GG hates going in the house, Mason will go anywhere at any time, sometimes three or four times a day. We, after 3 couches, have had to wrap him up before we go broke with our peeing fountain of a dog.

They are definitely two different personalities of dogs. GG is more independent, and Mason is more of a baby. There is a 6 year difference in their age, and Mason seems like most boys: slow to learn. I think by me not being home, she learned to deal with things like thunderstorms. They don’t bother her at all, and we’re in Florida where some of the thunderstorms are very loud. Mason has great anxiety from thunderstorms; he shakes, poops and runs around chasing his tail. We tried everything like turning up the television and closing the blinds; nothing works because Mason can tell bad weather from miles away. He’s our weather dog. When we see him starting to get anxious, we know there is bad weather someplace because he picked up on it. I would check my phone when he started getting anxious and, sure enough, there was a lightning strike 5 miles away. He never fails in his weather forecasting. I’ll keep trying ways to keep GG going, and it is not easy. She has started something new recently of pooping only when I let her wake up on her own. If I wake her up, she is grouchy and she just walks around outside and steps down on her leash meaning, "That’s it, take me back home." She’s an old girl now, and I let her do whatever she wants because I don’t know how much time we have left together. She’s in good health except she can’t hear, so I’m grateful for that. If anyone has any more ideas of things I can try, please let me know.

I am a retired from working at the Defense Department and i am also a vet. I live with my spouse and 2 dogs. We have a e-commerce store Uniquethingsthingsonline.com. We live in Florida now but came from New Jersey. I am writing a teen book

See all posts by Anita Powell →