When Procrastination Turns Into Regret (and how to avoid it) 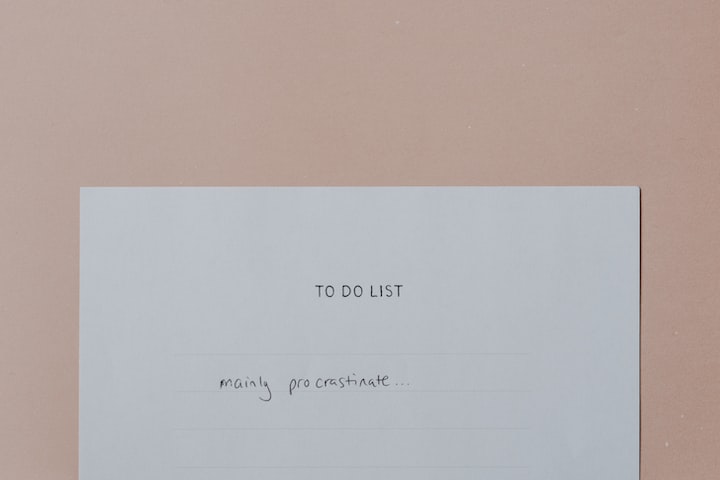 Strikethrough, delete, delete. Shiny object! We've all been there before. A procrastinator's work may seem monotonous and tedious, but it takes a lot of discipline to stay on task and be productive. But once more we find ourselves with bleary eyes after a couple of hours of scrolling through social media, wondering what adverse effects this inaction is having on our minds, body, and relationships.

Why it's important to set our priorities

When it comes to our goals and dreams, we often think we have all the time in the world to achieve them. But the truth is, time can be our most precious commodity – and it’s one we often squander.

Procrastination is a habit that can lead to regret, as it puts off what we should be doing in pursuit of short-term pleasure. It’s important to set our priorities and work on achieving our goals sooner rather than later, otherwise we may find ourselves looking back with regret at all the time we wasted.

There are many things in life that are beyond our control, but how we use our time is not one of them. So let’s make sure we use it wisely, setting our priorities and taking action towards our goals while there’s still time.

How this helped me

When I was younger, I would often find myself putting off things that I knew needed to be done. Whether it was a school project, a chore around the house, or even just taking out the trash, I would find any excuse to delay taking action. And more often than not, this would lead to regret.

I'd procrastinate on a project until the deadline was looming and I didn't have enough time to do it justice. Or I'd put off doing something around the house until it turned into a bigger mess than it needed to be. And as for taking out the trash? well, let's just say there were more than a few times when I wished I had taken care of that sooner.

Thankfully, I've since learned that procrastination is only going to lead to regret. Nowadays, if I know something needs to be done, I try my best to do it right away. This has helped me avoid those feelings of regret and has made me much happier overall.

If you're someone who often finds yourself putting things off, then I hope this article can help you too. Learning how to avoid procrastination can lead to a much happier and less stressful life. So next time you're tempted to delay taking action on something, ask yourself if it's really worth the risk of regretting it later on.

Common Reasons People Procrastinate and What To Do About

We've all been there before. You have a big project or goal looming in the back of your mind, but for some reason, you just can't seem to get yourself started on it. That's procrastination, and it's a normal part of life. But when procrastination starts to affect your ability to reach your goals or causes you stress and anxiety, it's time to do something about it.

There are many reasons why people procrastinate, but some of the most common include:

Fear of failure: This is often at the root of procrastination. We don't want to start something if we think we might not be able to finish it, or if we're not sure we'll be successful.

Perfectionism: We often put off starting something because we're afraid it won't be perfect. But the reality is, nothing is ever perfect. And even if it was, who would know? So let go of perfectionism and just start!

Lack of motivation: This is often due to not really feeling connected to our goal. If we don't have a strong reason for wanting to achieve something, it can be hard to find the motivation to get started.

Unclear priorities: When we have multiple goals competing for our attention, it can be difficult to know where to start. Often, this leads us to just put everything off until later.

Regret is a powerful emotion that can motivate us to change our ways. If you find yourself constantly putting off important tasks, take a moment to reflect on why you're doing it and what your regrets might be. By understanding the root of your procrastination, you can better combat it and avoid future regret.

I'm Zohvib (pronounced as Zohaib), Through Vocal and other digital publications, I tell stories that help readers to close the gap between where they are and where they want to be. 🗿

More stories from Zohaib Ali 🌱 and writers in Motivation and other communities.