The Trouble With Resolutions:

by cd ybarra 4 months ago in self help 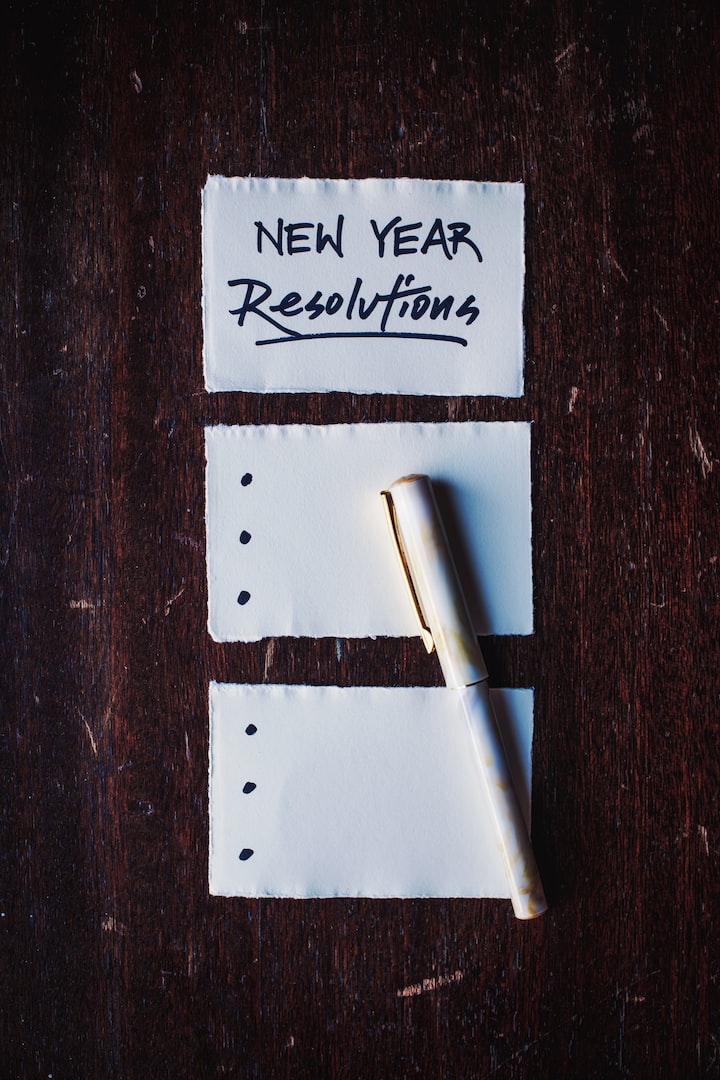 Another year, another resolution? Really? Not this time brothers and sisters. This year is a springboard into something new. My take on the 2021 resolution is ignoring that they even exist. Why invest in something that will peter out by the end of February? I want something sustainable, tangible, and obtainable.

What is a resolution anyway? And why the hell is it done after midnight on December 31st, with a third or fourth drink under your belt? According to my Google dictionary, a resolution is a "firm decision to do or not do something". Sounds vague, right? That's because it is.

Enter 2021, the year of the SMART goal. 2020 taught me to slow down, to be more mindful of how I was treating those closest to me, but most of all, it helped me discover SMART goals and how creating a SMART goal could actually help me get the job done.

Acronyms are familiar territory to me. I spent five years in the United States Army, and what feels like a lifetime as a Federal Worker. SMART is just an easy way to remember the parts of your goal as you sit down to think about them and then to write about them.

A SMART goal is smart. S=Specific, M=Measurable, A=Achievable, R=Realistic, T=Time Bound. It is not just a firm decision to do or not to do something, it is a plan of action to get from point A to point B.

Specificity is important because it narrows the very broad field of our dreams down to something tangible. "I want to lose weight" is as likely to happen as wishing for a million dollars at the end of the rainbow.

Using weight as an example, specificity might be stating "I want to lose 10 pounds". This statement certainly qualifiess as specific, but you have to ask yourself if it is attainable. In a situation, such as wanting to lose weight, it is my opinion that a behavioral goal might be a better start because it actually involves an action statement. For example, "I will walk the dog twice a week", has more teeth. You will actually do something that may lead to the desired weight loss goal.

Is this goal attainable? If you have had past experience walking (or not walking the dog), adjust your timeframe so that it is realistic for you. The great thing about the SMART goal is that once you reach it, you can set another goal using the same principles.

This goal, that I have come up with for myself, is realistic. I generally work from home and have breaks. I am able to take the dog out at least twice a day for 10-20 minutes each time and to sustain that for 4 weeks. You have to decide if the goal that you create is realistic for you.

This SMART goal can be achieved and is time bound. If I meet the goal of walking my dog, as I have stated, four 4 weeks, then I will have met the time-bound nature of said goal. Then I can set an intention using SMART principles to reach the next milestone.

Resolutions just don't last. They are not well planned or strategic in nature. Using the SMART principle helps create a blueprint of how you will move toward achieving your goal. Without a blueprint, a builder can't build. We are destined for failure if we don't plan.

Wishing has never made anything happen. Keep your eyes on the prize but do it in the form of the SMART goal. You will be happy you did.

self help
cd ybarra
Read next: The Deception of Instagram
cd ybarra