The Science behind the Great Art of Procrastination

by Manthan Mohite 7 months ago in goals
Report Story

And the way out, backed by science 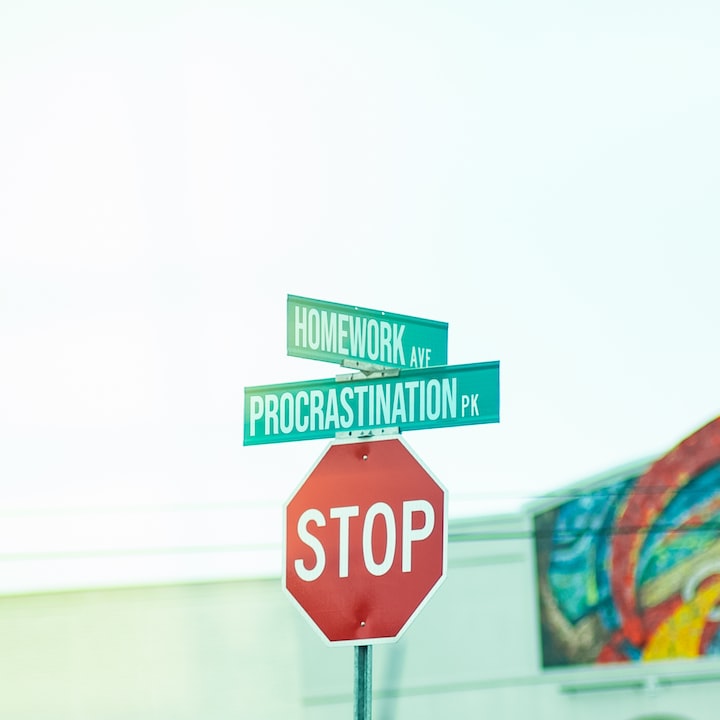 For those who are still heedless of the meaning of procrastination, procrastination means postponing a task or duty(even though it might be of higher importance or priority), knowing the fact that you have to do it eventually.

Well to us procrastination might be just a product of laziness and lack of interest but it's not that simple, a neuro-psychologist might call it a failure of executive function or how you plan ahead and prioritize things and to procrastinators like me it would be the biggest curse of their lives. But each one of them would tell you that it's not so great for you.

According to recent research done by the scientists of the University of Colorado procrastination might be a part of our evolutionary make-up, they also found out that half of the time the differences in procrastination habits could be because of differences in genetics. Well, it is also evident that people who focus on short-term goals or effects than long-term ones tend to be more prone to procrastinate. But to keep it simple it can be considered as a problem in executive function, that is, the lack of skill that allows us to plan, prioritize work on our tasks.

Again coming to the question, why do we feel less motivated to do a certain task than other tasks. Like every single student would agree that they feel more excitement when playing PlayStation than working on an academic project. So what is the scientific concept behind the thing called interest and motivation? So to get the concept of interest we should get to the product that is the feeling of reward. This feeling of happiness or reward is caused by two hormones called dopamine and serotonin. Well, dopamine is the hormone responsible for the feeling of pleasure, it is one of the feel-good hormones which contribute to the reward system in our brain.

Well, this is the reason behind our unproductive nature because we tend to do things that seem to be more rewarding than one less rewarding, this is the reason why we waste our time watching you-tube videos rather than completing our academic assignments. However many of you might think that what is the harm in doing an activity that has more dopamine release but there is more to come. When you do a high dopamine level activity again and again your brain develops a dopamine tolerance, so when you want to feel the same level of reward next time you have to do an even more dopamine-releasing activity or do the same activity multiple times. This means that you would not have any interest in doing a low dopamine-releasing activity as it does not at all feel rewarding. This is the reason why most of the students don't like to study after playing a video game.

So how do we get over this dopamine tolerance that is developed in our brain over the years? Here's the solution!

Getting bored can be more rewarding than doing something interesting. Yes for getting over this dopamine tolerance you have to dopamine-detox your brain.

Dopamine detox means that you have to spend a whole day doing nothing, yes, absolutely nothing, not even sleeping. Doing this your brain will have insufficient levels of dopamine in your body this means that even if you do a low dopamine activity you will feel more rewarded, and hence slowly your dopamine tolerance will get away. Well in some people this might take longer than one day depending upon their brain.

And finally, you will get away with your art of procrastination!

More stories from Manthan Mohite and writers in Motivation and other communities.