by Josh Firmin 2 years ago in goals
Report Story

Your guide on whether or not making a long term plan is worth it. 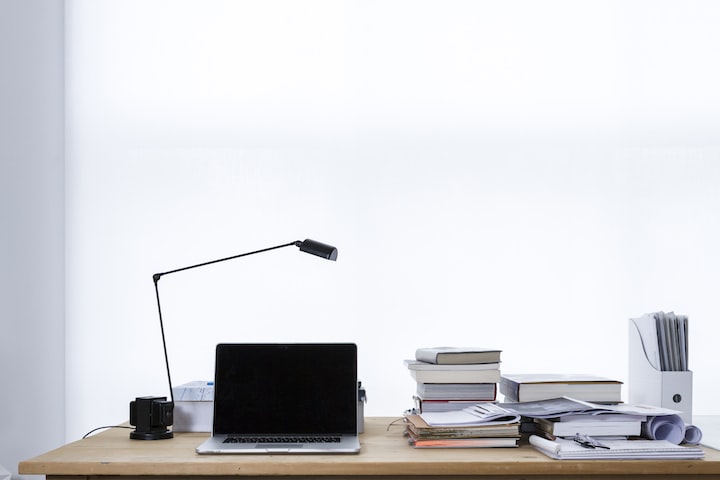 Photo by freddie marriage on Unsplash

Anyway, before I dive into this story, for context it should be noted that the person who I was on the date with and I are both in our early twenties. We were both either in our final years of university or in our first year of our careers. I guess the point is that we were both very early in our 'grown' lives.

As we were talking about first date horror stories, my date brought up on instance of a guy she dated texting her the next day about his **15 YEAR!!!** plan, and he even went so far as to include her in it. I mean, kudos to him he has guts. But it really got me thinking. Where is the utility in these future plans? Why do people use them all the time?

Anyone who reads any of my other articles on this platform or on my LinkedIn will see that I am not a fan of long term plans. Not because I have anything against plans themselves. In fact, its quite the opposite. I think plans are an incredibly useful self-development and personal-growth tool. However, my concern with long term plans is their effect on people. I think that, whilst they can have the effect of directing ambition and setting goals, they can also de-motivate you and stress you out when things don't go the way that you expect them to. And one thing that *is* for sure is that it is far less common for things to go the way you expect, than for them to go the way you would expect.

So, I decided to settle it once and for all. What are the advantages and what are the disadvantages of setting long term plans? Do they work or not? This is your comprehensive guide to setting your life plans.

So, let's start with the advantages

1. A Plan for how you want your life to look

In order for you to set goals, and stride with ambition, it is necessary to have some picture of where you want to go. A long term life plan will certainly assist with this. If you can't see where you're going, and you're instead walking in the dark, progress can be stunted.

Mapping out a plan will require you to take new steps. Steps that you probably haven't taken before. In order to do things you haven't done before, chances are that you're going to need to learn new skills in order to get them done. Or, perhaps you're just inclined towards continual personal growth and you want to set some goals for skills that you want to develop over an extended period of time. Again, in order to make progress on these fronts, it'll be useful for you to have a plan.

Financial, physical, mental and emotional wellbeing all contribute to your overall wealth. In order to make significant advancements in each of those areas of your life, you're going to need to work at them for an extended period of time. As we have already spoken about, when you're working towards something over an extended period of time but you're doing so without the vision of where you're actually going, it can be difficult to make the process you want to make.

And now, the disadvantages...

1. Setting unrealistic goals can de-motivate you

What tends to happen when people start making long term plans is that they get caught up in the productivity fervour and the heat of the moment. All of a sudden you're filled with ambition, with hope and with big dreams. And there is ABSOLUTELY NOTHING WRONG WITH THAT. But, with that said, when you start setting goals in that state of mind, you don't tend to make S.M.A.R.T. goals. Instead, you set grandiose expectations for yourself to meet and when, inevitably, something happens and you can no longer achieve that goal you lose motivation. =

For some people, a long term plan will create a security blanket which, in their mind, means that they've ensured everything will go to plan. How can everything go to plan if you don't have a plan, right? However, the plan may lead some to think that the plan is the substitute for the work. And, as everyone knows, nothing good comes cheap. You have to work in order to grow. Sometimes, because you've made a plan, you might not realise the urgency of working in the moment.

So...should you have a long term plan?

In my opinion, long term plans are only for you if you *know* that you have the self-discipline to follow it and not let it affect your dedication and/or increase your levels of complacency.

The problem is that there aren't many people (me included) in that boat. And for that reason, long term plans are dangerous.

But regardless of anything else, don't make 15 year plans and include someone you just met in it on your first date. Or do. Good luck to you, I guess...

I'm an entrepreneur, law student and a thinker. This is where I combine all those wonderful phenomena into a creative outlet for myself.

More stories from Josh Firmin and writers in Motivation and other communities.