Thankful for the Endings

by P 4 months ago in success

The choice to not want to operate out of fear 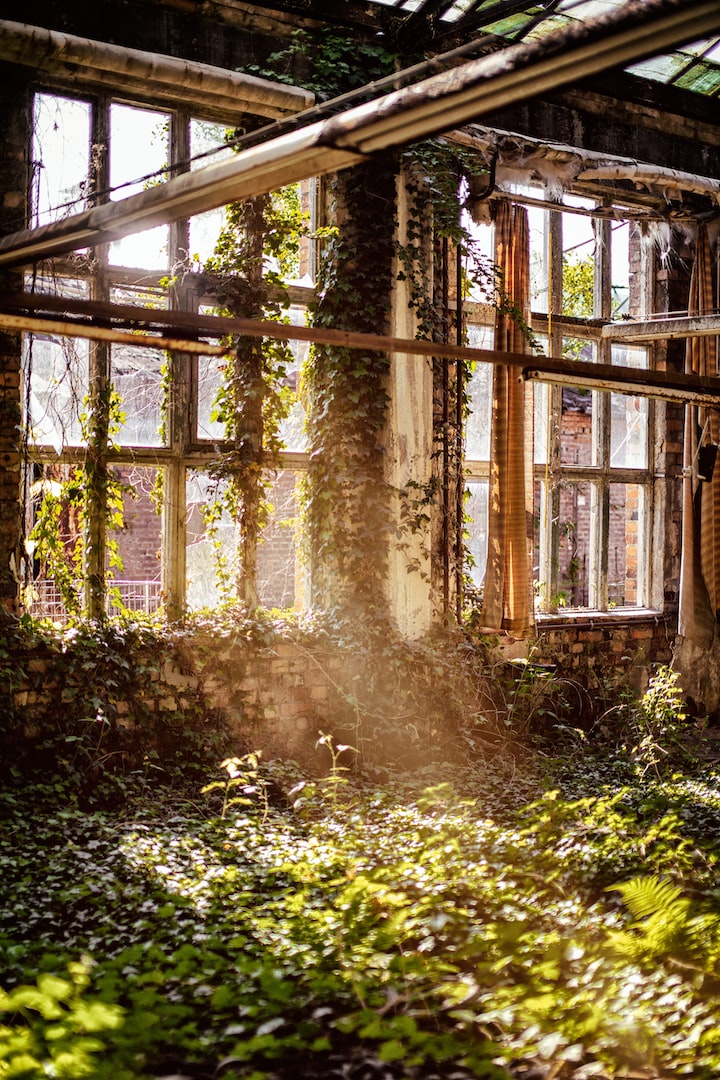 When I was asked to go into this position though I realized that my growth had finally become tangible. I have been working on myself for years. Literally. Years. The want to be better than the person I was 5 years ago was such a driving force that I was willing to try everything from meditation, working out, following my passions, creating better friendships, mending family relationships...anything. I did these things and I felt better. I felt as if I was finally coming into living a life fulfilled.

Yet I still had habits. Habits that I looked over because I was doing the right things also. My intentions were always rooted in somewhere that was on the right side but my actions like to visit the wrong side when the opportunity was too perfect. It wasn't until this year that I forced myself to reckon with myself.

I made more gains this year than I have in the last 5 combined.

Sitting on my bed, with the world virtually shut down due to an pandemic in the middle of May, I asked myself if I died today would I be proud?

The Background and Effect of Events Past

What I want more than anything out of my life is to make an impact. I fully believe that impacting one person's life can turn into impacting thousands of people lives because that one person could be the right person. I have one friendship that always think of. A young woman from my time at Community College of Philadelphia. She use to tell me I had the 'sauce.' The first time she said it I had not the slightest idea what she was talking about. Actually my response was, 'Is that new?'

Then next thing you know I was leading the biggest study group in our program, I had professors telling me to apply for scholarships to schools that I found it laughable to see myself at, and one professor in particular took such an interest in me that he gave me regular talks about my outside school activities. She said 'That's it, that's the sauce.' I ignored them all and eventually I stopped showing up and I stopped answering my phone.

Yet my professors believed in me and passed me with As in everything that year, except one subject that they agreed to give me a B in. The program was set up that way, it was a bridge to better education for people who didn't do it the traditional way. It was the path to the life in academia that I truly craved but no one believed that I was cut out for except the people in that program and my main thought about them, all of them, is that they were easily hoodwinked and delusional.

If I had to took that path would my life be more fulfilled at this point? Maybe. Who knows. I don't have regrets. I just want to do better.

We are fascinated by the coming of the end. It must be part of the human experience since - well, you know - we all die at some point. So we are always in some way looking for this coming of the end. It doesn't help that capitalism operates on this idea as well. We are being constantly bombarded by the idea of 'today' and 'right now' as the only way to operate.

Which in most ways the idea is right. Right? We should live in today, no matter what today means. Which I figured out awhile ago but what sitting on my bed that and deciding to never ask myself again about my impending deathbed question taught me is that my day to day was motivated by fear. I work out because I wanted to maintain my image. I meditate to avoid feeling overwhelmed. I quit selling after almost 10 years because I hit an epic slump and saw no way out. I go to work to my current job to avoid being homeless and hungry. My day to day up to that point was 'I do this because I don't want that.'

It's not illogical but it's not fulfilling either.

That story from early about my apparent 'sauce' was me operating out of fear. The fear of failure and them ultimately finding out that I was not the person I presented in the classroom. My walking away from all of them and the very real possibility of the continuation of my education at a school such as Bryn Mawr was me controlling my own ending.

Had I just took the experience for what it was then maybe I would have took the leap. I may have failed but I may have succeeded too. Out of almost 30 years of life my decision to not pursue Bryn Mawr when I clear as day had the support, is the only series of decisions that I wonder what if. However, I am immensely grateful for that young woman from CCP. Her questions, her telling the professors that I led the group which led to one professor taking an interest, and all the almosts that followed after is how in 202o this is still the most influential experience in my personal growth.

The Opportunity to Be Fulfilled

As I sit here a manager among hundreds of other managers in a company worth billions I am okay. I see the promotion as an opportunity to establish myself and learn some valuable team building skills. Some days cause a stress headache, other days you can see the beginning of laugh lines. I unabashedly put my all into my everyday whether if that is being productive or staying in my pajamas.

You see these quotes all the time and you hear people talk about it just as much - these moments when you just make the decision to do what is best for you. You think you understand because you do these things that they suggest - such as meditation, working out, mending relationships, creating boundaries, and such. However these are the things that just get you to your light bulb moment. I believe it's different for everyone.

I know for me, it meant being able to move through life without a weight on my shoulders. I am not fear free by any means but my day to day is now motivated by opportunity. Every second of every day is now the opportunity to be more and to do more.

Ultimately because I have had my light bulb moment, my connection with the people closest too me have become stronger. It has also made me a better employee so coming into my position without any preamble that it was to happen was a bittersweet moment. It is the first, outside of my personal circle of people and passions, that is proof that your mindset really does manifest the events in your life.

So I am very much so looking forward to these holidays and the new year.

2020 as whole was eventful in all the good and wrong ways. It is up to us to decide what to do with it and I am looking forward to those first couple months of 2021 to see just what that decision was for people.

Thanks for reading. Happy Holidays!!

success
P
Read next: The Deception of Instagram
P