Practicing Gratitude, One Cup of Coffee at a Time

by Sleepy Drafts 4 months ago in happiness 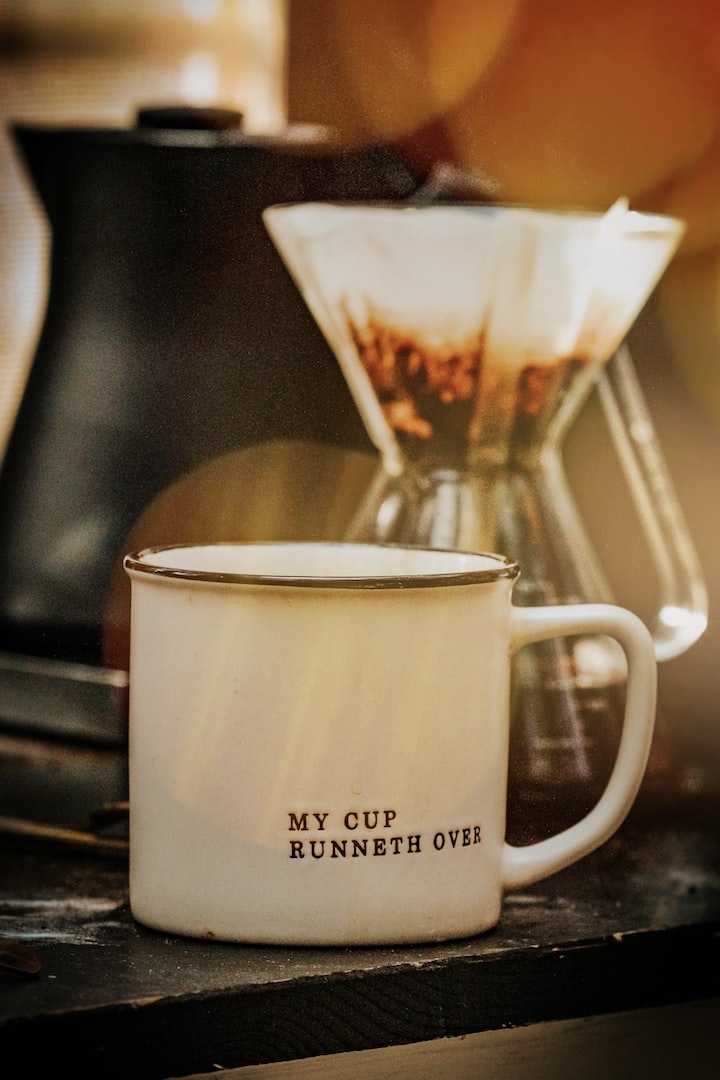 I am grateful for this cup of coffee.

Judey Kalchik started her #31DaysOfGratitude practice at the start of October and it's inspired me to follow suit - or at least try! This morning, I woke up to a kind of gnawing anxiety which then manifested into silly frustration over petty things.

Petty things like our messy house, like running out of clean socks before work, or - as the meme goes - when your pants' belt loop catches on the doorknob. (Although - for the record - that last one truly does whomp when you're having a rough morning.)

I used to pride myself on having a "long fuse." Over the past year, though, I've noticed that fuse getting shorter. I'm not the "myself" that I'm used to. Instead, I've been an insecure and angry version of myself that I haven't seen since I was a kid.

In all? I'm frustrated with how often I've been getting frustrated.

And then it hit me:

This is how my anxiety has been manifesting, lately.

Anger isn't how my anxiety used to manifest, though - at least, I don't think it was. None of my tools in the past, when learning how to cope with anxiety, had ever touched on anger.

And yet, there I was. Angry.

Angry and anxious and angry again.

But what if, in the middle of that cycle of anxiety and frustration, there was an interruption? What if there was a brief moment of gratitude instead?

I look down at the cup of coffee I've prepared myself. Steam rises from its foamy smile. The smell is like a hug. I didn't forget about the French Press this time, so the coffee isn't burnt. My partner and I remembered to do groceries, so there is a fresh carton of cream in the fridge. The sugar jar on our countertop is full.

And suddenly it's a nice morning.

It's such a small thing - a cup of coffee, a moment of gratitude. But when it boils down to it (he-he) those moments of gratitude can give our hearts perspective.

We've been through a lot of coffeemakers. And when there was no coffeemaker, there was always instant coffee. Truthfully, I have rarely met a coffee, I don't like.

So, as I stand in my messy kitchen with my mismatching socks and straining belt loop, I sip my perfect cup of coffee.

It isn't perfect because of the French Press, though.

My coffee is perfect this morning because it reminds me of everything I have to be grateful for.

Thank you, Judey for starting this challenge!

Hi, there! I'm Em, a 25-year-old writer from Ontario who focuses on music, mental health, short stories, and poetry. Thanks for stopping by! I hope there's something in here that makes you smile. :)

Read next: Who Are You