Do you choose a word for the year? 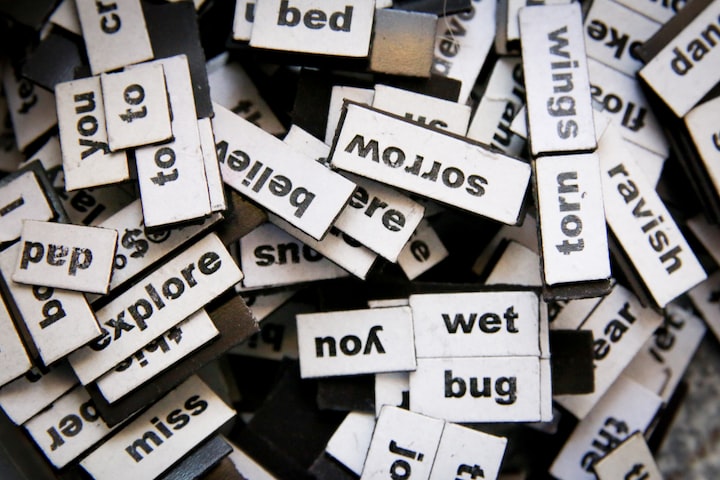 I don't choose a word for the year. Every year, a word chooses me.

The first time it happened was in 2012. Beginning in November the word "Hope" kept coming up in conversation. In December the mentions increased, and being the logophile that I am I wanted to do a whole etymological word study on it, but I didn't have time. So when January first came and someone somewhere said something about choosing a word for the year, I thought, "Why not?"

I learned so much more about hope that year than any word study could have taught me.

Then in 2014 it happened again: a subtle theme in November followed by so much repetition of a particular word in December that I could not ignore it if I tried. This time the word was "Go."

So it has gone, year after year:

Hope, the year I learned to act on my dreams.

Go, the year I moved a thousand miles away for a job that involved traveling at least one weekend each month.

Love, the year I met my husband, though I didn't recognize him then.

Adventure, the year I quit my job and went back to entrepreneurship.

Together, the year I got married.

Excitement, the year our daughter was born and we lost our home and possessions and nearly our lives to toxic mold.

Course, the year our son was born and we learned to "stay the course" as we rebuilt.

Vision, the year I truly learned to dream.

Openness, the year I let myself begin to receive those dreams.

Which brings us to the present year: teetering on the edge between 2021 and 2022. What is this year's word? I'm not absolutely sure yet, but I have my suspicions. There have been a few themes this November and December and one in particular is rising to the surface. Come New Year's Day we will see if I am right.

Because I don't choose my word for the year. I never do. It always chooses me.

At the beginning of each year since 2013 I have set out in January with a word on my banner, believing I knew what it meant. And at the end of each year I reflect on how much I have learned.

Take excitement, for example. I knew at the beginning of the year that I would be birthing my first child—exciting for sure. What I didn't consider is the other side of excitement. The side that looks a little more like flying down a rollercoaster track without a harness. I learned to see excitement differently that year.

This past year has been the same. Openness. The year began with wondering whether I could open myself to another child after miscarrying over Christmas. Turns out I could. I could also be open to moving a thousand miles without having a home lined up, changing the goals of our business perhaps too many times, and finally doubling down on the one way we can help people best in this season.

Then after embracing openness to conceive our little Eira girl, I still had no idea that her birth would teach me openness at a level I couldn't have dreamed of. First, the physical openness of a painless labor all through dilation. Then the openness to my own life that I've written about elsewhere.

Even if I were to tell you my word for the coming year, I could not tell you what it means. So I will leave you to wonder, as I am wondering.

Wondering instead of resolving.

Letting myself learn instead of going after goals.

Being instead of doing.

If these years have taught me anything it's that I'm finished with resolutions. I'm tired of failing to follow through and I'm done feeling bad for failing. This year I choose a new perspective.

A perspective that is hopeful, ready to go, motivated by love, eager for adventure, pursued together with family in community, excited, staying the course while also pursuing a vision, and open to whatever comes.

More stories from Paul and Jordan Aspen and writers in Motivation and other communities.