by Mist Memories 4 months ago in healing
Report Story 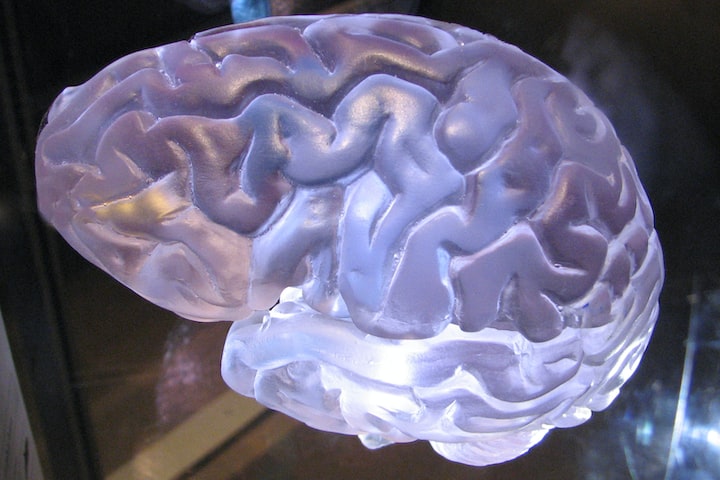 Photo by Lisa Yount on Unsplash

Nobody can hear a scream in a vacuum, or so they say. However, when I opened my mouth that terrifying day things changed. There was no sound when my jaw dropped, and the sweet sip of tea formed the shape of a bubble. I had begun to realize that back home, on earth, energy was king but not in the way you’re thinking. I shook my head once or twice back and forth as my fellow cosmonauts glanced in my direction before quickly gathering up that sweet tea bubble and swallowing. Their expressionless faces seemed to last forever before I began speaking. “Energy…” that is the only word I could say as my thoughts raced to if they would think I’d lost my mind so far away from earth and its gravity.

Later, as I was laying down to sleep, I heard a knock on the airtight door to my quarters. “Hello?” I offered through the microphone, the only way to communicate onboard our ship. From the other side I heard a faint whisper from my most trusted colleague. “Hope… it’s me… Kaleigh may I please come in?” With her voice came the familiar curiosity that was always held when I left sentences empty. I didn’t think to respond other than opening the heavy door and quickly shuffling her inside the room so that no other attention could be drawn to the quarters I stayed in. “Kaleigh” I said her name and my voice sounded serious as my doe brown eyes looked into her blue orbs of gratitude for allowing her to come in. “Kaleigh, do you recall on earth our science teacher asking what the meaning to life is and everyone gave a different answer?” Her attitude changed momentarily as if I had truly lost my mind “Yes, I do…” she responded now second guessing if she should have left this event as if nothing happened.

“I think that I’ve finally found the truth behind the question… and why every year the same thing is asked.” Kaleigh now looked to be getting frustrated as I was attempting to hold back from expressing myself more clearly. Eventually, I decided to let go and allow the words to flow out of me like a river that just broke ground and is finding a new way across the land. “Kaleigh, it’s energy… that is the meaning of life. We can decide where it goes.” Now Kaleigh shook her head and tearing my covers from the mattress where I slept extending it outwards by the top corners towards me “Come now, Hope, it’s time for bed… let’s get you all tucked in” she teased. Gently I took the blanket from her, subconsciously folding it up and placing it back on the bed before shaking my head “No, Kaleigh… I mean we can decide if it’s positive or negative, good or bad, and how to use it to our advantage.” She must have been thinking I was over exhausted then and needed sleep for she began to hum slightly, now taking a seat on my bed and patting the area beside her.

Calmly, now reassured that she wouldn’t take the thoughts I was sharing with her for granted I continued. “You see, it’s really that simple, when we get to choose how to use our energy then we must decide how our actions will affect those around us. How we want to live our lives… as good or bad. There are reminders everywhere Kaleigh! Look on the batteries, you see positive and negative. Churches are usually where people go to feel good, and on top of them you see what is called the cross, though it can also be interpreted as a plus, or positive sign! In math, there is addition and subtraction… if you think about it, this too can be good or bad signs.” She let me ramble on for what seemed like hours and when we looked at the clock next it appeared it was already 1am. Her soft and gentle voice entered the room again “Hope, You have inspired me… I never thought this way before, but perhaps it’s worth the time and effort to think like that.” Before long we had given each other a much-needed hug and my mind had settled down for the night.

The next morning, I felt good. Not the type of good that you feel after having a delicious meal or getting a good review on an article that you had written. Good, in a much different way, it felt like I had maybe changed someone’s life. When I saw Kaleigh, she too looked much different. Her hair was brushed back and tied up into a very elegant looking bun… she normally wore her hair down. A beautiful smile shown upon her lips as well and what appeared to be a bright shimmer surrounded her whole being. The day before she had seemed to be unlit compared to now, when she had unlocked her ability to control the energy she felt. Our supervisor noticed and called her into the office to speak about what was happening in her life. I overheard him asking “Is it your birthday?" and “Kaleigh, I want to say that whatever you’ve done looks great on you.”

That night, after dinner Kaleigh returned to my room “Hope! It was the best day I’ve had on this mission, thank you!” She had always been there for me, and I her, but never this way before. I was honored to have shared this information and for it to have worked for her made my day as well. I hadn’t expected my theory to be proven correct in so short of time, however, was certain that it had been already. She wanted to continue controlling her energy and really focus on allowing it to take her where it would. She never looked scared when she was choosing what to use her energy on. It was as if a brand-new way of living had been unlocked for everyone, even though Kaleigh was the only whom had heard the theory of energy that night when I described it.

It'll be interesting to see in the future how much our lives change when we remember we can control our own energy, and in turn our destiny! And although there’s no sound in space, I am reassured that day she could hear my inner scream when I realized for myself what energy means. Isn’t it funny how they say no one can hear a scream in a vacuum… or so they say?

It's impressive how two simple words can change your life isn't it? I will be writing about everything under the sun, most of my work leans to the inspirational side of things or recalling memories. Please enjoy the read!

More stories from Mist Memories and writers in Motivation and other communities.