by Matt Reicher 4 months ago in advice
Report Story

Whatever you decide you'll have to do the work 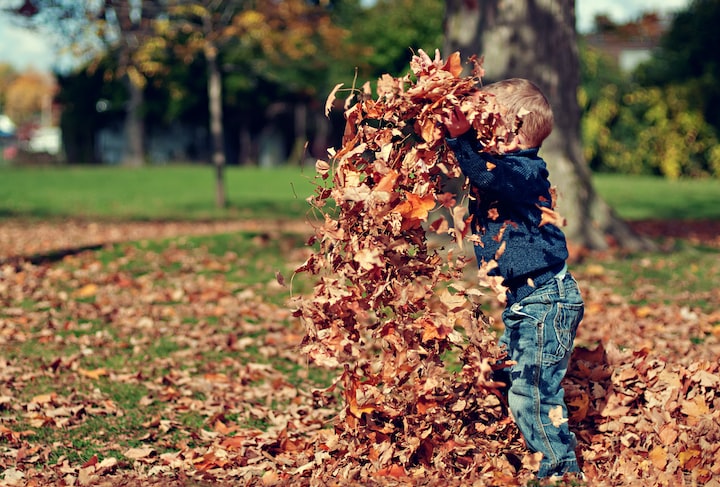 Many years ago, someone I'd talked to no more than a couple of times gave me a powerful piece of simple wisdom. Had I put it into practice, it likely would've changed the course of my life.

If only I had listened.

While looking up at me from behind his desk, he said that life is designed to work one of two ways. You can either pay now and play later or play now and pay later. There is no third option.

What's interesting is that despite the nearly twenty-five years of life experience since then – including some of the most incredible moments in the history of moments, I remember so much of the interaction so vividly. I can remember the 'where' and 'why' like it was yesterday. The specifics around the 'when' are a tad foggy, but that likely happens to anything over time.

It was probably early autumn before the leaves began to fall from the tress but after the overbearing heat of summer. The sky was boldly blue, and the grass was still dark green. I was twenty-one or twenty-two years old, taking architectural drafting classes from 8 am to 4 pm Monday through Friday and working a (nearly) full-time cooking job. It was a lot of work – or so I felt at the time – and I decided that it was in my best interest to leave school.

I pulled into the parking lot and made my way directly to the advisor's office at the end of a long hallway. The school was small, so it didn't require making an appointment. I just walked in and let him know that I was dropping out. He sat forward in his chair and put his hands on his desk.

The advisor saw right through me. I was a kid, one that had found a love for the nightlife. Getting up to be in class at 8 am was not high on my list of priorities. He talked to me about my youth, stressing that now was the best time in my life to put in the extra work -- to "burn the candle from both ends," as he put it -- doing so would only get more challenging as I get older.

I nodded intently, politely hearing every single thing he was saying but ignoring every word. My mind had been made up. As crazy as this may sound -- I'd mentally left the school well before our conversation.

Undeterred, he took one final swing, hoping to keep me walking along what he saw as the correct path. He exhaled, looked me in the eyes, and explained that -- at its core -- you live your life one of two ways. You pay now and play later, or you play now and pay later.

Paying now means that you work hard to create a life that allows you to enjoy the spoils of your labor. With the other option, you go out and enjoy life to the fullest with the understanding that you'd eventually have to pay -- put in the work -- to create a suitable standard of living. This option was, in his opinion, the tougher of the two.

That was it. The advisor had said his piece, and now he waited to see how I'd react. I nodded, thanked him for the opportunity, and asked if I needed to sign anything before leaving. He nodded, fished through a filing cabinet, handed me the necessary form to sign, and wished me luck.

Years later, as I look back at my life through the lens of experience, I realize that I made the wrong choice. I chose the 'pay later' approach and put off paying for as long as possible. Does that mean I should've stayed with drafting? No – I don't think so, but I should have been working to find my path to success instead of stagnating. I let life happen around me instead of being intimately involved.

Don't get me wrong; I had a lot of fun. Unfortunately, the fun times will only take you so far. At some point, you have to do some work. I can't help but wonder if paying first would have made things easier -- not necessarily better -- but easier. It's hard to switch from a lifetime of lethargy into one of purpose.

However, that is what I am doing – and my experience is (hopefully) helping others learn. In every 'life lesson' conversation, with my kids, co-workers, or whoever is willing to hear, I explain to them the talk I had with my school advisor. I tell them I didn't listen, but the lesson was powerful enough to remember it years later. I also tell them that the logic checks out – whether you pay now or later, you end up paying.

More stories from Matt Reicher and writers in Motivation and other communities.