Is It Good To Get Up Early?

by Jamie Jackson 6 months ago in self help
Report Story

Self-help is obsessed with early starts 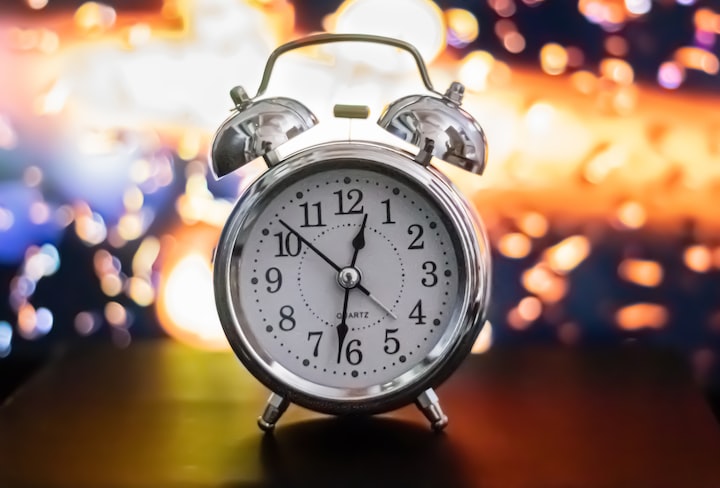 A confession: I'm a self-improvement/self-help/personal development/whatever you want to call it, junkie.

I've read all the books you'd expect, listened to all the big motivational speakers, gone to the conferences, joined the online communities, subscribed to the podcasts and even worked with a couple of life coaches.

I'm one of those people, I'm afraid.

I realise my lifestyle might sound whacky, but the truth is, self-improvement changed my life. It pulled me out of a psychological black hole and has since given me a level of clarity and confidence I didn't think someone like me was meant to have.

In fact, I no longer have the "someone like me" labels that once weighed me down. But with all that said, self-help is a murky and unregulated industry and therefore some of it can be a tad, well, nonsense.

What works for one person doesn't work for another, so cookie-cutter solutions are meaningless because – and it's remarkable that this needs to be stated – people are different. Self-help should provide mental tools to deal with life, not shout pre-determined destinations at people and expect that to be enough.

The most pervasive destination that is bellowed throughout the self-help world is this gem:

This is the one universal belief that binds motivational speakers together, one mantra to rule them all, the bizarre hatred for sleep.

What's wrong with sleep? Why is the idea of rest and rejuvenation so lampooned at every turn? Here's a controversial counter-concept: Sleep is good, healthy, and actually funde-fucking-mental.

What Is Self-Help's Problem With Sleep?

Eric Thomas the 'Hip Hop Preacher' hates sleep so much he gets up at 3am. He makes a real big deal about it too.

He's awesome and I love him, I even waited 12 hours in a hot church hall in West London one time just to hear him speak, but I'll stick my neck out and say no-one should get up at 3am.

Either he's getting jack all sleep and he'll burn out soon enough, or he's in bed by 8pm, so he's just giving up one bit of free time for another. It's a zero-sum game.

Tony Robbins also hates sleep. He admitted he gets about 4 hours a night. Margaret Thatcher also slept that much and it was widely attributed to her development of Alzheimer's.

Robbins works late into the night but still insists on getting up early. His compromise is using a device called NuCalm – a sort of music playing mask to "help" uptake sleep chemicals – and he says 27 minutes of use is the equivalent of 2 hours deep sleep. The jury is out on the science, but at least he acknowledges sleep is important.

Arnold Schwarzenegger is another sleep-hater. He once said:

"…there are 24 hours a day. You sleep six hours and have 18 hours left. Now, I know there are some of you out there that say well, wait a minute, I sleep eight hours or nine hours. Well, then, just sleep faster, I would recommend."

Sleep faster! Dismissive words indeed from someone I consider one of my heroes. In his defence, in a recent interview he rescinded these words and recommended a normal 8 hours a night, but the "sleep faster" mantra lives on, regurgitated by motivational Instagram accounts and YouTube compilation videos.

And there are more.

Richard Branson gets up at 5am. Apple CEO Tim Cook gets up at 3:45am. Starbucks CEO Howard Schultz gets up at 4.30am. Thick-necked Navy Seal Jocko Willink is up at 4am each day and takes a photo of his watch to prove it.

"Six hours' sleep for a man, seven for a woman, and eight for a fool."

So to be an effective - maybe even warmongering - human you need to get up early, right?

Your mad neighbour with crazy hair and piss-stained slacks gets up early too. As does everyone's grandma. Correlation doesn't equal causation; you don't need to fetishise getting up early to be successful.

There are plenty of successful people who don't get up at silly o'clock. These include:

Mark Zuckerberg waking up at 8am

Pharrell Williams rolls out of bed at 9am

James Joyce would sleep until 10am

There's probably a lot more, but you get the point. 4am is a time to dream and scratch your arse, not get up and start a squat-thrusting and state-priming, or whatever these people do.

Don't Be In Doubt: We Need Sleep

Prof Foster is one of the country's leading experts on sleep, and an evangelical advocate of us all getting eight undisturbed hours a night, not just to improve our physical wellbeing but our mental health, too.

Along with a group of other experts at Cambridge, Harvard and Surrey universities, he has put together a report on sleep and our body clocks, and one of his main conclusions is striking.

"We are the supremely arrogant species; we feel we can abandon four billion years of evolution and ignore the fact that we have evolved under a light-dark cycle."

In other words, sleep is good, jerks (my emphasis on jerks, not his).

As I'm editing this article to post on Vocal, it's 11:30pm. This is when I'm at my most creative.

I work better at night. Maybe you do too. Should us late-nighters make a big deal about it considering Eric Thomas and Jocko Willink are snoozing in their beds like lazy sacks?

German chronobiologist Till Roenneberg has spent years proving sleeping patterns are about biology, not laziness.

I've been getting up early since I was 5 years old and it's never been easy. Night owls don't just get used early mornings, we're wired to stay up late and get up late. That's science, bitch.

Here's an article about someone who got up at 4:30am for a month and used his new-found mornings "productively". The result? He was shattered, couldn't stay awake in the evenings and was at odds with the body clocks of those around him. Essentially, he was miserable.

Time is our most precious resource, and the early morning means fewer disturbances, I understand that argument. But the same logic applies to late at night. No-one is ringing my phone or sending me emails at 1am.

Getting up early isn't the magic answer to a better life.

Don't feel guilty for rising at a normal time, or even getting up late. Productivity is about what you get done, not how you do it.

Besides, rest is a crucial part of pushing yourself. Einstein used to catch 10 hours of sleep a night, and he did quite well for himself if you ask me.

There is some hope for the perpetually shattered among us. We don't live in a world where the 9–5 matters anymore. Or at least, it's losing its grip on society. Most of us no longer toil in the fields and a growing number are ditching the corporate life for flexible jobs and entrepreneurship.

Revisiting Till Roenneberg, he says:

"This myth that early risers are good people and that late risers are lazy has its reasons and merits in rural societies but becomes questionable in a modern 24/7 society."

Beware of prescriptive self-help. Go with the flow of your body clock and don't allow motivational zealots to label you feckless for not being up before the sun, the paperboy, the postman or my neighbour's barking dog.

After all, no one can say you're doing anything wrong as long as you're living up to your own standards. Now go get some sleep. Or not. Whatever works for you.

Sign up to Vocal to write and contribute to this site.

Note: This is an affiliate link and the author will receive a small one-off payment for your membership. This will cost you zero extra money.