If You Wrote Your Obituary Today, Would You Have Any Regrets? 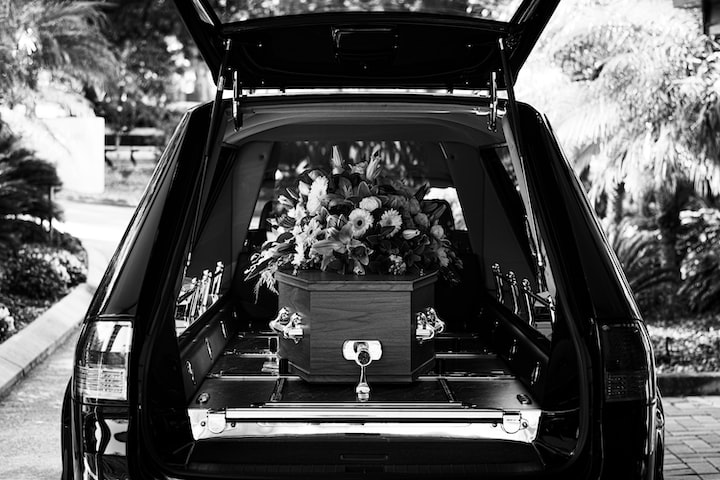 When author of The Compound Effect Darren Hardy started in real estate at age 20, he was a complete novice. So, he compensated: At his first real estate seminar, he bravely asked the lecturer to lunch and asked for the man’s best tip on being successful. The lecturer told him to go fail and do it often. Hardy was perplexed.

So, the man picked up his napkin and pulled out a pen. He wrote on the napkin that, “Life, growth, and achievement work like a pendulum. On one side you have failure, rejection, pain and sadness. But on the other side, you have success, victory, joy and happiness.”

Guess which side we have control over? Right: the side that comes with pain and failure and rejection. In that area, we control our own future.

Hardy’s lunch companion continued: “Over time, most people figure out how to operate in a narrow comfort zone. They only allow the pendulum to swing a small distance into pain and rejection and failure; thus, they only experience the same small degree of joy and success on the other side.”

But here’s the lesson: The pendulum does not take sides. It’s neutral. It swings freely on both sides with the same force with which you attack life. As the person swinging the pendulum, you’ll find that it’s impossible to experience one side — success and joy — without the other side, pain and rejection.

So, once you start to pursue your goals, you need to understand that you cannot have ultimate success without failure, just as you cannot have love without heartache. You receive rewards only when you are willing to take risks.

This may all feel to you like a butterfly in flight: What you pursue eludes you, and that’s why you can’t “chase” success. It has to find you. That happens when you become a person worthy of success. And that happens only when you swing that pendulum as high as you can on the side of failure and rejection.

You pick yourself up. You learn from the experience, and you move on. That’s what successful people do.

When I interviewed author Hardy, he said, that the greatest challenge today is controlling our attention. “We are living in an era of epic distraction,” he said. “There is so much that begs for our attention. We are forever in reaction mode, whether it be to our inbox or social media accounts. But we must learn to be insanely focused.

As Hardy points out, our brains can focus on just so many things at one time. That’s why having more than three goals at one time is confusing and doesn’t allow you to focus on any one goal; inevitably, you wind up taking no action at all. Hardy says that having anything beyond three top goals drains your brain.

Certainly, people talk about the law of attraction, but Hardy says that they should really focus on the law of paying attention. “What you want or need has always been there, but now that you are paying attention, you are giving your brain the energy it needs to focus on it,” he said. “You’ll be able to isolate conversations and make connections to things you want, because now you are focused on it. Ideas will freely flow to you.”

If you want to be an entrepreneur and push past your fears, you have to start paying laser-like attention to what you really want — those top three goals — and begin disregarding everything else.

What if you woke up tomorrow and read your obituary, announcing your death, online? How would that change your life? Would you be happy about all your accomplishments or regret not taking that one step that would have made all the difference in your life?

That very thing happened to Alfred Nobel. His brother had died, and the publication he read mistakenly said that he had died. From that day forward, he vowed to live a life of purpose. And today, the Nobel Prize, named in his honor, is one of the highest achievements there is. Nobel made that change in his life because he wanted his obituary to show something different. He applied laser-like focus to it.

Will you do the same?

New to web3? Learn how to make money with DeSo.

More stories from Meiko S. Patton and writers in Motivation and other communities.