How to build a better relationship between your activities and your dopamine system for discipline, hard work, and motivation.

How to increase your motivation, drive, and desire. 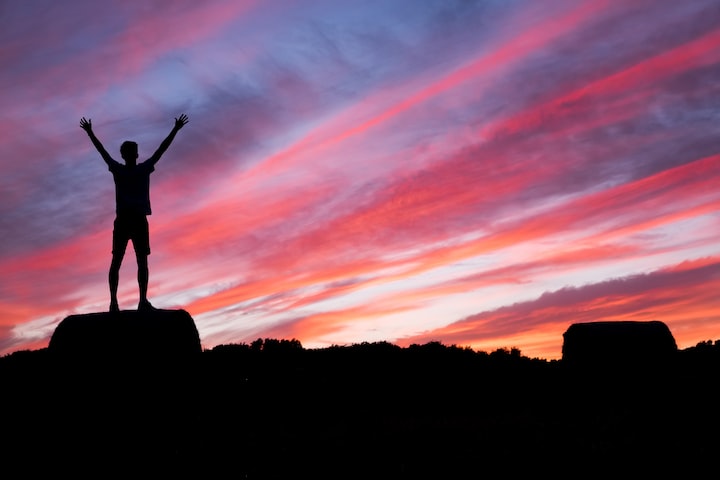 Photo by Benjamin Davies on Unsplash

Dopamine is quite possibly the most potent and important chemical in our body. I'm sure that most of you have heard about it, but I don't think most people realize just how important it is in literally everything that we do. Dopamine is the reason why we do things and continue to seek things we enjoy.

Dopamine helps one be curious and enjoy things. It changes the way we perceive the world by narrowing our visual and auditory focus.

Dopamine is a neuromodulator, meaning it influences the connections of many neurons, and the nervous system uses it to send messages between nerve cells.

Dopamine uses two main neurocircuits or pathways in the brain to exert all of its effects:

This is the reward pathway in the brain. This is the pathway that is responsible for motivation, drive, and craving.

This pathway is critical in the production of movement.

Both of these neurocircuits give us the motivation and the energy to do activities that interest us and to do them more often.

Dopamine works through something called G-Protein Coupled Receptors (GPCR), which is a slow process. Dopamine is released with epinephrine (adrenalin), which is responsible for energy and gives us a state of alertness and readiness by activating certain neurocircuits in the brain.

The pleasure-pain balance is doing things that lead to a huge increase in dopamine, and afterward, your dopamine baseline drops because there isn't a lot of dopamine ready to be released.

Dopamine drops after a peak relative to how high that peak was, and it will drop below the baseline to cause a little bit of pain, the pain comes from the depletion of dopamine, to make you pursue that peak again.

Optimize the peak-to-baseline ratio for long-term, sustained motivation and drive.

You should strive for an intermittent release of dopamine, meaning do not expect or chase high levels of dopamine release each time you engage in dopaminergic activity.

If you feel unmotivated, lazy, and just not interested in anything, try to take a break from anything that gives you dopamine for a day or more, and then get back into it and it will be interesting again.

For example, scrolling through social media or playing video games can seem quite boring after a while of excessive use. In that case, you should try something called a "dopamine detox" where you completely remove all these dopaminergic activities from your day.

Yes, this process will be painful and it will feel exhausting to do, but if you want to enjoy these things more and get more motivation you should do it.

Here are some things that increase your dopamine levels above baseline transiently on average:

- Exercise is subjective. If you like the exercise then you get a 200% increase, but if you don't you will get much less if anything.

An activity that gives us a sustained and healthy increase in dopamine is cold exposure. Studies have shown that submersion in cold water releases huge amounts of epinephrine very fast. Dopamine levels start to rise slowly to reach 2.5 times above the baseline. It took three hours for the dopamine levels to go back to the baseline.

Dopamine is not just involved in motivation and desire, the lack or deficiency of dopamine or dopamine receptors in certain areas of the brain can lead to an impairment of functions in that area.

For example, Parkinson's disease is the result of insufficient dopamine in areas in the brain that pertain to movement, and this chemical imbalance manifests as physical symptoms.

Another example is ADHD. In the brain of someone with ADHD, the dopamine levels are too low in the areas of the brain that relate to attention and focus.

Working hard at something for a reward afterwards can make the hard work much more challenging, and make us much less likely to work hard in the future.

When we receive rewards, we tend to associate less pleasure with the actual activity that evoked the reward. For example, a study was done on a group of kindergarten children who love to draw, and each time one of the children finished a drawing they would be awarded something, but after the rewards stopped the children had a lower tendency to draw, even though they loved doing it before.

You should cultivate a growth mindset where striving or hard work itself is the end goal or the reward. That does not mean you should not peruse rewards, you just have to understand that the pursuit is the reward.

If you want to enjoy an activity more; i.e., evoke dopamine release from it, simply tell yourself that this is very painful and that because it is very painful it will evoke a dopamine increase later, and that you are doing it by choice because you love it.

Dopamine is an incredibly powerful tool. It can either make you or break you, so be careful not to spike your dopamine levels too high too often.

Half Russian. Half Palestinian. Fully trying my best to make my way through life. I'm an English major graduate. I write about intersting stuff.

"Sometimes, it is the people no one imagines anything of, who do the things no can imagine"

More stories from Haitham Al-Bairouti and writers in Motivation and other communities.