How To Be A Good Lobster

A theory on how to move up the lobster hierarchy 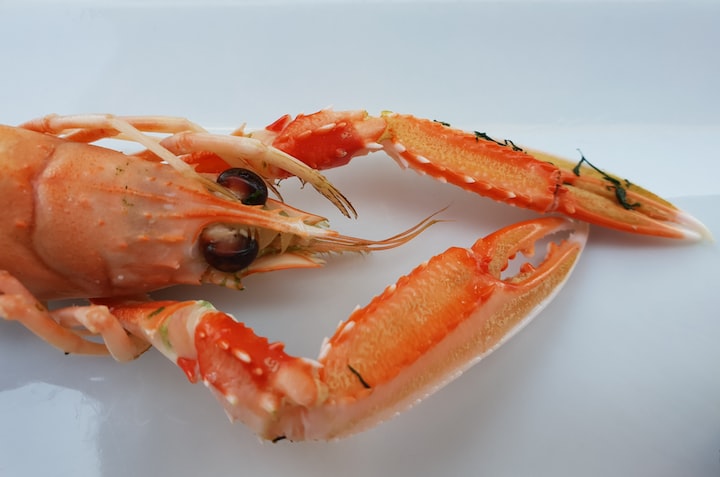 Photo by Helle Gade on Unsplash

No one really paid attention to lobsters, unless you were eating them. Then along came a clinical psychologist and the next you know, how we socialize and respond to our environment becomes compared to the crustacean.

Here’s a short summary of the neurochemistry of defeat and victory in lobsters, as told by Jordan B. Peterson.

Lobster hierarchy is based on posture. A lobster with higher serotonin and low levels of octopamine walks ‘taller’, acts more confident, and less likely to back down when challenged.

If a lobster loses a battle, it gets beaten down, loses its serotonin dose, turns timid, and becomes a sulking lobster. The sulking lobster has less chance at mating and living a happily ever after kind of lobster life

The winning lobster gets a flood of serotonin, turns into a stud, and gets first pick in the things that are important for lobsters in general like better housing, better mates, and higher chances of success in its lobster life.

While we’re a bit more complex than lobsters and too much serotonin in the human brain can end up with a bad case of diarrhea and fevers, having the right amount of serotonin — or the ‘happy’ chemical — can help regulate our eating, sleeping, digestion and overall mood.

The way our body makes serotonin, however, is much more complex. Ways to make serotonin can range from exercising to eating a better diet. Whatever the case, having the right amount of serotonin is one way to calm our anxious mind and help us focus long enough to actually achieve something with ourselves.

And it starts with being a good lobster.

How To Be A Good Lobster And Win At Life

Nowadays, the act of winning doesn’t have to be a life or death kind of battle with another human. Instead, it is to do with your actions, how you perceive your current reality, and the impact you have on it.

No. I’m not talking about forcing yourself into a mindless pit of positive thinking. Rather, it’s the narratives and stories you tell yourself during and after you’ve done something.

Let’s pretend you have a messy room. Your clean and semi-clean clothes are mixed together in a volcanic heap on and around the chair. You know the one. If you don’t, then you are better off than those who have experienced the chair.

Let’s get back to your room. It’s a mess. It’s chaos. But it’s controlled chaos. You’re embarrassed to bring anyone into it but it is what it is. You’re scared of what’s actually under your bed. You’ve accepted defeat. However, one day, you wake up and find yourself mentally done with your messy room. So you decide to go to battle with it.

After a day, it’s still not completely clean. There are three potential ways to look at the situation:

You’ve completely failed. Your room is still a mess and it’s a lost cause. You give up and within a day or two, it returns to its original state.

You take a step back and accept that you’ve made progress. You’re not quite there yet. You’re tired but you know that you can continue cleaning it up the next day. There is hope.

You look at your semi-cleaned room with pride. You make a mental list of what’s left to do, how you’re going to sort that stuff out, and what you can do to make it better. You’re feeling energized and motivated. Your work is not done but you’re winning.

Each response has its own way of impacting your mood, sense of progress, and achievement. The room is the same. How you view it, however, determines how you experience your reality.

How To Move Up The Lobster Hierarchy

Most of the time, the battles we face are with ourselves. We wait for motivation or some external force to push us into action. But with the advent of modern society and its ability to supply most of the basic needs in abundance, it’s easy for us to fall into inactivity or complacency.

We don’t have to plan months ahead in time to make sure that we have food on the table during winter. We don’t have to physically go out, chop down a few trees, haul them back, cut them into the right shapes and sizes to build our own houses anymore. There is running clean water and warm showers.

It’s an entirely different world from what our ancestors lived. Modern acts of winning is no longer a constant physical feat. When we lose to our mind, we beat ourselves down and deprive us of the joy of living a serotonin balanced life. We become the defeated lobster, further sinking into despair.

To win and experience the act of winning in a modern world, we have to repeatedly set ourselves and complete achievable goals. It’s how we move up the lobster hierarchy and scale human emotional well-being.

In the room cleaning aftermath scenario above, each assessment and how you view it is the goal. The first outcome is doom and gloom because you’ve overestimated the situation. You thought you could finish it in a day and beat yourself down when it doesn’t happen.

Whatever the case, how you react is the distance between your expectations and your reality. When your expectations are low and you achieve them, you feel like you’re winning. However, it doesn’t mean that you should lower your standards. You can still string a series of progressive expectations together to form the final outcome. This means you end up with a series of little wins that eventually stack up to form a calmative big win.

This way more achievable and sustainable than expecting a big win right off the bat. You might get lucky and get it. But if it doesn’t happen again, you’ll need to reassess your expectations and reality gap.

I know we’re humans and not lobsters. But there’s probably still a primitive drive in us to win. The modern world has swept in on us faster than our ability to deal with the sudden influx of luxury that we’ve mostly ignored. The battle to win has moved from the physical space and into the mental one.

So clean your room. Get rid of the chair. Clock in some little wins and go from there.