How I Used Magic To Gain Fame and Popularity

by Lindsay Rae Brown 21 days ago in success

This is legit, you guys 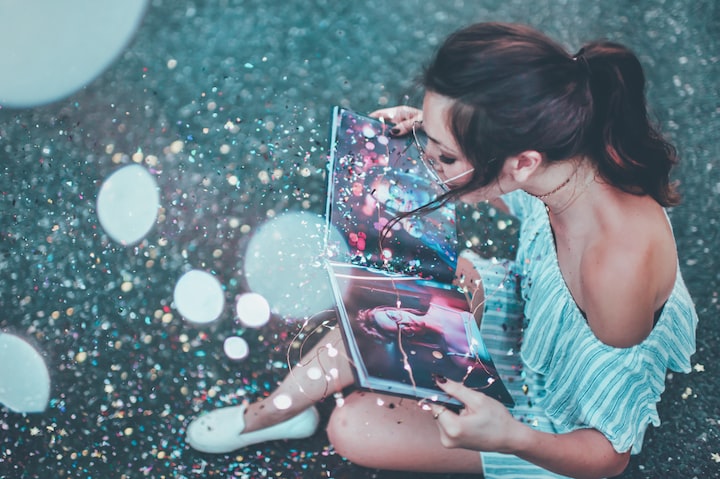 I’ve always been a little bit magic. Not like, flying broomsticks magic, but the sort of magic that manifests from deep within the soul. I seem to be able to visualize things, and within weeks or months, there they are sitting in front of me.

Of course, this typically doesn’t work when I try to conjure up Channing Tatum in boxer briefs and a big hard package of rock candy for me to gnaw on. I love rock candy, you guys, get your minds out of the gutter.

No, the universe does not see these types of fantasies fit to bestow on me. So instead, I leave thoughts of Cha nning to late evenings when I’m alone and lonely and looking for some excitement.

When I was young, the things I tried to bring to fruition with my magic abilities always had to do with love and romance.

Oh, my Gawd, was I ever into love and romance back in those formative years!

The first time I realized these fantasies were coming true was when I went on a particularly obsessive daydreaming kick, thinking about this guy from high school with whom I was still madly in love years after our breakup.

Within weeks, I ended up running into the guy at the bar and then we accidentally got pregnant, married and popped out another kid a few years later.

Nowadays, I keep my magical daydreaming to work-related stuff. There’s a fundamental reason for this. I always have room in my life to move onto bigger and better things career-wise because, in a financial sense, I’m broke as fuck.

But I can’t risk the seemingly innocent act of fantasizing about a romance with anyone but my husband because the magic has only been getting stronger in my elder years. It seems that if I even spend, say, 10 to 17 hours consecutively obsessing over a reasonable thought, that thought will 100% become a reality within weeks of the fantasy.

So obviously, I must keep my daydreaming of wild sex with strangers to a minimum because who knows how strong this thing will get and then I’d be stuck in a very awkward, love triangle situation — and Jamie and I have never talked about if he’s into that sort of thing or not!

So yes, here I am, keeping my magical musings to work-related topics, and not going to lie, this shit is working out for me.

I write something, fantasize that people think it’s funny, and BOOM, people are fawning all over me telling me how funny it is. I daydream about one of my articles going viral (or semi-viral, look I don’t actually know what the definition of viral is, and I’m too lazy to check), then BOOM 30 thousand hits in a matter of a week.

Unfortunately, there seems to be a limit on this because I can’t for the life of me make every one of my articles go viral. That’s just asking too much of the magic Gods, I suppose.

But you know damn well, I took that shit and ran with it. Oh, how important I felt as I rubbed my success in all of my people’s faces. Me!!!! I screamed joyfully from my car’s rooftop because I’m not fit enough to climb atop my home’s rooftop.

So now I have to wonder, what’s next?

What should I conjure up in the fantastical depths of my brain? Should I be so bold as to think big picture, like writing and starring in a Netflix special? Or, would it be wiser to continue to hope and be unduly rewarded with these small but important stepping stones to the end goal — which is being the most famous person in the world for having done nothing of value to achieve that fame because I’m lazy as sin.

So many hard choices ahead of me!

I don’t know how to wield this power that seems to be getting stronger by the day. So rather than manifesting stuff by accident, I have decided to shut down my brain entirely and become incredibly self-involved and vacant. This way, I won’t accidentally bring something to fruition that I may not want in my life.

Now, as any great content creator will tell you, there must always be a takeaway at the end of your article. And the takeaway I shall bestow upon you today is this: whatever you do, don’t try too hard. Just allow the magic of intention to gift you the life-presents you so badly desire.

Hard work is for suckers and chumps. Allowing the universe to hear your inner obsessions and then serve them to you on a silver platter is the only way to truly achieve anything nowadays.

Go forth my beautiful lovelies and create half-assed works of art, then compulsively obsess about receiving undeserved acclaim for these mediocre pieces of writing.

The magic will be on your side, I promise!