Here’s How To Escape Bad Programming and Advice

by Jamie Jackson 10 months ago in how to
Report Story

Whose standards are you living up to anyway? 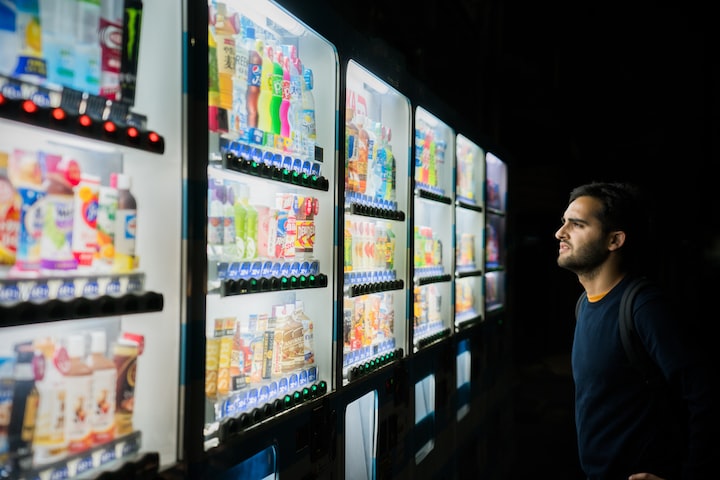 Photo by Victoriano Izquierdo on Unsplash

Wherever you go, there are your choices —compounded, fully grown, they are the reality you live every day. Life is the result of choices.

Therefore it’s necessary to understand why you make the choices you make. Why? Because so often we make terrible choices. Ever woken up hungover after 3 hours of sleep? I rest my case. We need to learn how to choose wisely.

This is stopping you from creating the life you want

Free will. We all have it, but how we exercise that will is are marred by fear, temptation, addiction, jealousy and so forth. In this article I'm proposing there's something more insidious than all of these emotions.

Let me explain. You’re not a computer but you still get programmed.

Since you were born you’ve been programmed how to think and act by everyone, including parents, teachers, family members, friends, social pressure and tradition.

Other people’s opinions have far too much impact on how you make decisions. This isn't a judgement, it's something we all have to bear in mind. If you’re not careful, you end up living someone else’s life, not your own.

The trouble is, we believe otherwise.

For years I saw myself as a free-thinker, no one tells me what to do. But what I thought and the choices I made didn't match up. I worked a career I loathed so much, I felt trapped and miserable, but I kept it up to compete with friends and have social status. Ironically, it was a race I didn’t even want to be in, but for some reason, I still ran it. My choices were not my own.

Whose standards are you living up to?

A few years ago I hired a mindset coach. He called me out on my choices. My bullshit. He asked me something that blew my socks off. He said:

“Whose standards are you living up to?”

It was as if an epiphany had leapt out from behind a lamppost and roundhouse kicked me in the gut. Give me your wallet you fraud.

Climbing the corporate hierarchy wasn’t my standard so what the fuck was I playing at?

Here's a question: Are you living a life where you’re doing things just to impress others, to look successful or to conform to expectations?

We all do it to a greater or lesser degree. The programming kicks in when we think about how we dress, how we talk, how we smooth our edges and hide our eccentricities to fit in.

Being a successful loser

Look, I understand compromise exists. All decent societies are built on compromise, but there is a balance to be struck. It's imperative you’re living up to your standards else you’ll be building a life around a whole set of values that aren’t yours.

Then you’ll end up a “successful loser”.

What is a successful loser? It's having all the trappings of other people’s approval, but none of your own.

It's like the song Once in a Lifetime by Talking Heads:

And you may ask yourself, ‘Well… how did I get here?’”

– ‘Once in a Lifetime’ by Talking Heads

David Byrne, the lead singer and songwriter from the band explained this song to NPR saying:

“We’re largely unconscious. You know, we operate half awake or on autopilot and end up, whatever, with a house and family and job and everything else. We haven’t really stopped to ask ourselves, ‘How did I get here?’”

The autopilot Byrne talks about is programming.

We get a flashy car, a well-paid job, and a big house with a big mortgage because this is what we’ve been told to do. This is what we've been programmed to believe is best for us. Don't think, just move along the conveyor belt.

This is what we’ve been programmed to believe is happiness.

And if that is your version of happiness, great! Who am I to tell you otherwise?

But what if it isn’t, and that’s still your reality?

How to let go of bad programming

Ok, let's get into the nitty-gritty.

First, the good news. Anyone can let go of bad programming.

Now the bad news: Depending on who got to you and when, de-programming can be difficult or even near impossible.

Some programming — especially from parents — might even need therapy to unravel, and this article isn’t a substitute for that work.

However, a quick way go-to method to filter out good programming from bad programming (without your own subjective opinions getting in the way) is this:

Only take advice from people who live the advice they dispense.

It's that simple. If someone isn’t practising what they preach, they’re usually full of shit.

Nassim Taleb calls this having “skin in the game.”

Taleb puts a lot of problems down to people running things who have no skin in the game. For example, banking (gambling with other people’s money), politics (sending troops to war with no risk of dying themselves) or schooling (teaching children how to sit quietly rather than to think critically)

Here are 3 examples of bad programming from my life:

Using this skin in the game filter, I can easily spot bad programming from my past. Here are three examples.

No skin in the game. All bad advice. All bad programming.

Run this filter through the advice in your life.

Most advice has good intentions behind it. It only morphs into bad programming if we take it as gospel and stop thinking critically for ourselves.

Question everything, especially the standards and values you think are unquestionable.

These are normally the ones from parents that psychologically hold us back. It is your life to live, no one else’s. We have enough trouble doing what we know we should do without bad programming compounding our confusion.

Take some time to think about the programming in your life, your values, standards, your goals and what you judge as “success”. Ask yourself:

Many get trapped in poverty, bad relationships, terrible jobs and awful habits because they don’t have the right people around them to advise. They have simply been programmed badly.

This isn't about being a victim, it's about understanding the root of your behaviour and adjusting it so you make better choices.

Bad advice from others can weigh you down for years, it can pull you off-kilter, having you walk round in circles. The first stage of freedom from any problem is awareness of the problem. It’s step one to finding your standards, your values, and living them. It’s the first step to inner peace and happiness.