FAITH IS A MENTAL STATE THAT CAN BE CAUSED BY AUTOSUGGESTION. 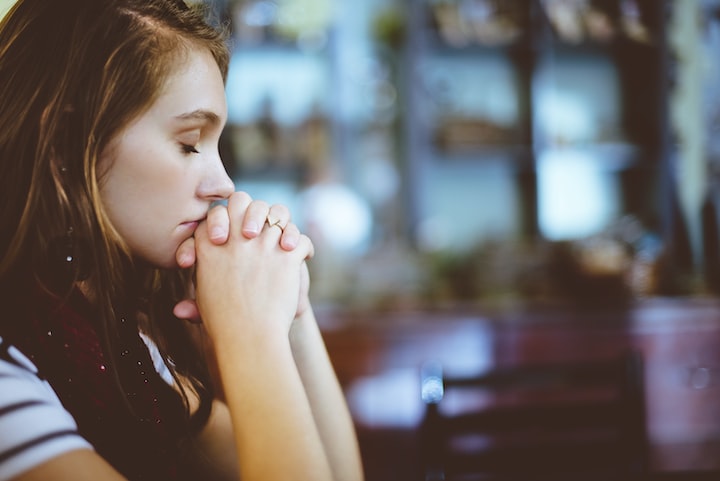 All down the ages, the religionists have admonished struggling humanity to "have faith" in this, that, and the other dogma or creed, but they have failed to tell people HOW to have faith. They have not stated that "faith is a state of mind, and that it may be induced by self-suggestion."

In language which any normal human being can understand, we will describe all that is known about the principle through which FAITH may be developed, where it does not already exist.

Have Faith in yourself; Faith in the Infinite.

Before we begin, you should be reminded again that:

FAITH is the "eternal elixir" which gives life, power, and action to the impulse of thought!

FAITH is the starting point of all accumulation of riches!

FAITH is the basis of all "miracles," and all mysteries which cannot be analyzed by the rules of science!

FAITH is the only known antidote for FAILURE!

FAITH is the element, the "chemical" which, when mixed with prayer, gives one direct communication with Infinite Intelligence.

FAITH is the element which transforms the ordinary vibration of thought, created by the finite mind of man, into the spiritual equivalent.

FAITH is the only agency through which the cosmic force of Infinite Intelligence can be harnessed and used by man.

EVERY ONE OF THE FOREGOING STATEMENTS IS CAPABLE OF PROOF!

The proof is simple and easily demonstrated. It is wrapped up in the principle of auto-suggestion. Let us center our attention, therefore, upon the subject of self-suggestion, and find out what it is, and what it is capable of achieving.

It is a well known fact that one comes, finally, to BELIEVE whatever one repeats to one's self, whether the statement be true or false. If a man repeats a lie over and over, he will eventually accept the lie as truth. Moreover, he will BELIEVE it to be the truth. Every man is what he is, because of the DOMINATING THOUGHTS which he permits to occupy his mind. Thoughts which a man deliberately places in his own mind, and encourages with sympathy, and with which he mixes any one or more of the emotions,

constitute the motivating forces, which direct and control his every movement, act, and deed!

Comes, now, a very significant statement of truth: THOUGHTS WHICH ARE MIXED WITH ANY OF THE FEELINGS OF EMOTIONS, CONSTITUTE A "MAGNETIC" FORCE WHICH ATTRACTS, FROM THE VIBRATIONS OF THE ETHER, OTHER SIMILAR, OR RELATED
THOUGHTS. A thought thus "magnetized" with emotion may be compared to a seed which, when planted in fertile soil, germinates, grows, and multiplies itself over and over again, until that which was originally one small seed, becomes countless millions of seeds of the SAME BRAND!

The ether is a great cosmic mass of eternal forces of vibration. It is made up of both destructive vibrations and constructive vibrations. It carries, at all times, vibrations of fear, poverty, disease, failure, misery; and vibrations of prosperity, health, success, and happiness, just as surely as it carries the sound of hundreds of orchestrations of music, and hundreds of human voices, all of which maintain their own individuality, and means of identification, through the medium of radio.

From the great storehouse of the ether, the human mind is constantly attracting vibrations which harmonize with that which DOMINATES the human mind. Any thought, idea, plan, or purpose which one holds in one's mind attracts, from the vibrations of the ether, a host of its relatives, adds these "relatives" to its own force, and grows until it becomes the dominating, MOTIVATING MASTER of the individual in whose mind it has been housed.

Now, let us go back to the starting point, and become informed as to how the original seed of an idea, plan, or purpose may be planted in the mind. The information is easily conveyed: any idea, plan, or purpose may be placed in the mind through repetition of thought. This is why you are asked to write out a statement of your major purpose, or Definite Chief Aim, commit it to memory, and repeat it, in audible words, day after day, until these vibrations of sound have reached your subconscious mind.

We are what we are, because of the vibrations of thought which we pick up and register, through the stimuli of our daily environment.

Resolve to throw off the influences of any unfortunate environment, and to build your own life to ORDER. Taking inventory of mental assets and liabilities, you will discover that your greatest weakness is lack of selfconfidence. This handicap can be surmounted, and timidity translated into courage, through the aid of the principle of autosuggestion. The application of this principle may be made through a simple arrangement of positive thought impulses stated in writing, memorized, and repeated, until they become a part of the working equipment of the subconscious faculty of your mind.