An Activated Life: The Case for Goal Setting

by Stu Lim SW 11 months ago in goals

-Reaping invaluable benefits from bypassing the path of least resistance 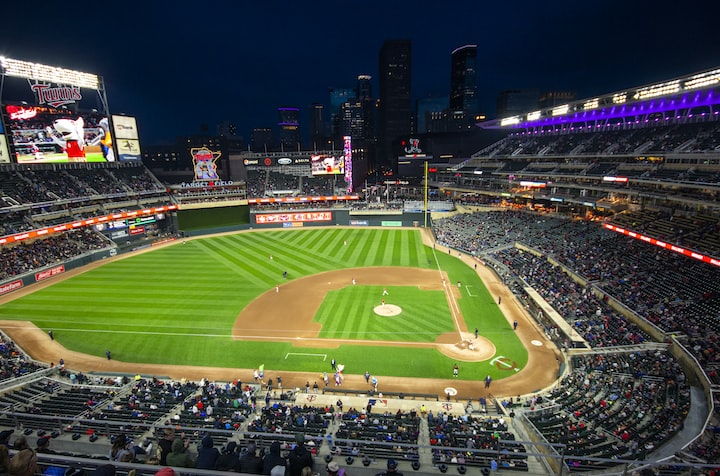 Photo by Klemens Köpfle on Unsplash

There is no malady. It’s natural that people take the prevention mind-set when it comes to goal setting. People are naturally wary of something new. The thinking mind is influential.

The Inside Story: Why is Goal Setting Hard?

In the name of efficiency, the brain’s executive branch will try to dissuade anyone from taking on a new behavior as a result of the goals set. It will try to usher the goal setter back to old familiar “successful” behavior.

Working in a structured manner, the executive function of the brain works sequentially. It is focused on the task at hand.

With this discipline, it raises the concern of opportunity cost. It creates a sense of doubt and uncertainty, especially when the new goal is effortful. If it requires investment and time in picking up new competencies. “Could the resources and mental energy be more useful focused on another task?”

This mental churn results in a struggle when a person is setting goals. This uneasiness could lead to procrastination in getting the goals in place. This is the real opportunity cost. Missing out on the opportunity to activate your life.

The struggle continues even as the steps toward the goals are implemented. Mentally, working towards goals is like a misunderstood protagonist driving through a converging crowd of protesters. The resistance gets stronger as the new behavior or actions that are more complex.

Fortitude. The courage to press on despite the discomfort is a prerequisite to success in goal getting. The idea is to persist with the effortful behavior change, necessary for your goals, until the new behaviors are habituated.

An effective pre-emptive strike is to conduct a ‘premortem,’ proactively identifying the conflicting priorities to your goals. Then nailing the tasks or actions required to its easiest form sequentially. Scheduling the smallest steps, breaking down tasks into simpler actions to reduce mental fatigue. Taking breaks; engaging in social activities and hobbies will enhance the sustainability in the pursuit of your goals.

Mastering the executive function of the brain is just part of the equation. Even if the behavior required or the tasks to be done are familiar, and not as prohibitively complex, there is the question of motivation. There is a level of motivation needed even if it’s collecting chicken eggs at the poultry farm. Is the emotional part of being agreeable to this task? It’s an easy pass from this older brain if the task had been rewarding in the past, had triggered a shower of dopamine. Its main concern is about alignment of the new desired behavior to core and subjective values. It wants the goals to speak of the person’s core identity. It’s concerned about social acceptance.

Easing past this line of resistance requires tweaks to align the new goal directed behavior with past behaviors that felt rewarding. Framing goals to identify with the person’s value and identity, embraced by immediate social circle is critical to keeping the emotional noise down.

Once the emotional requirements are addressed and desire for the goals amplified, there will be new found courage to raze through obstacles. Researchers suggest that big challenging goals raise the level of motivation and return a better success rate than small easy goals.

If Goal Setting is Hard, Why Do it?

The 12% of the 15% who set and stick to their goals are not justly rewarded. They are enjoying the exclusive bonus of their achievement.

By engaging in the setting of goals and reading them regularly, the goal setters are triggering the life-changing blessing of neuroplasticity. The pathway to regions of the brain that support your goals will be strengthened, enhancing speed and power of performance.

The optimization of the brain, focusing on positive changes and rewards is said to boost your immune system, reduce stress, improve blood pressure and promote healing.

Writing suppresses emotional intervention. It turns on the thinking brain. This leads to better decision and positivity.

Reading goals regularly, like reading affirmations, activates the brain’s reward centers. Just like writing them, the engineering behind your feeling of positivity and well-being is powerful. Your brain’s reward centers possess the power to regulate the impact of negative inputs, boosting your capability to manage stress and the sense of uncertainty.

Tony Robbins said that setting goals is the first step to turning the invisible visible. Another way of looking at it, setting goals makes the uncertain certain in terms of what you want to achieve.

Having a set of goals to focus reduces worry. Simply because the set of goals point a person to the right direction the person wishes to go. It provides a sense of control. Tracking performance to goals provide immediate feedback, offering the person an opportunity to review and correct the course. These are important assurances to a person’s feeling of confidence and personal satisfaction.

Focused on achieving goals, a person is driven to replace poor habits with better ones. Embedded in the action steps supporting the goals are cues that influence new behaviors necessary for success. Over time, these new behaviors are habituated.

With a set of challenging goals, there is a sense of structure and confidence. A person’s life is organized around achieving the goals. There is a sense of pride that work is being done to reach a better place. A sense of participation in the opportunities that life offers.

In a world shrouded with noise and competition, people seek to stand out. There is nothing wrong with that. It’s a natural consequence.

A common standout strategy is to be different. To introduce a novel idea. At times, even a ridiculous one. Marketers seek answers to the question, “How are you different?” In a field of tulips, a lone sunflower stands out. In the school of golden goldfish, the black one grabs the eyeballs.

Once in a while, a title like this hits like a red light that snaps one out of the rumination stupor, “Successful people don’t set goals, they do this.” What? All the SMART goals I have set are for naught?

The standout artistes propose using intention, systems and processes to achieve dreams. Steve Jobs is said to be goal-less. He Followed One Course Until Completion (FOCUS). Many of the 85% will feel vindicated. Ah! But Steve Jobs was not like people in general. He was on a different stage.

I am sure that different methods work for different people. However, goal setting as we know it has been around for a long time, and has helped lots of people. SMART (Specific, Measurable, Attainable, Realistic, Time-bound and closely tweaked ones) goal setting has been used since the early nineties. I believe this old fashion goal setting works for the general population.

The essence of goal setting is to propose targets to reach that stir positive emotions. Ones that set the motivation mill humming. Ones that can be visualized excitingly. Ones that convince the executive brain they are worth the opportunity cost.

Goals that assure the emotional self that they are aligned to personal values and reflect social identity. Can a person navigate these stages of conviction successfully with just intentions, systems and processes? Maybe it is possible. For specific people.

A large portion of the 30 million people working for the Fortune 500 companies (market value estimated at $23 trillion) are exposed to the traditional way of goal setting. Most of them operate through MBO (Management by Objectives) and its variants. They are encouraged to set BHAGs (Big Hairy Audacious Goals). Intentions may reflect the mission. Systems and processes speak to the execution.

The point is setting goals is hard enough. Changing the method adds another bump to cross. The brain prefers a method that has worked before. It is not willing to shift to a new behavior like you switch tasks. It takes a lot of convincing and practice.

I am reading Caroline Arnold. She has a good book about making micro shifts in habits without overhauling your behavior system. A short way through the book, I believe she has discovered an effective system to ease into big changes in habits.

Goal setting is harnessing capabilities and resources towards a path to the better. It is an effort which leads to the activation of life in many ways. It puts into gear internal systems that shield you from maladies and negativity. It ignites your power of self-confidence and courage to pursue. Most importantly, it cues new and better habits.

Smart phones come to live after the password is keyed in or finger print read. Vaults are opened with secret numbers. Think of setting goals as writing the codes that will activate the life of the setter.

The goal of this article is to increase the number of goal setters by 15%, 10 days after it is published. How is that for a SMART goal?

Aim for the complete achievement of goals set to enjoy the exclusive bonuses. Even if all the targets are missed, the process of setting the goals would have activated the critical part of life. With all these benefits, what is there to wait for? Get started after reading. Welcome to the community of goal setters. Be one of the additional 15%. Be SMART.

Workplace services veteran. Likes to write about work and life.