Why Do We Age?

And Can We Stop It? 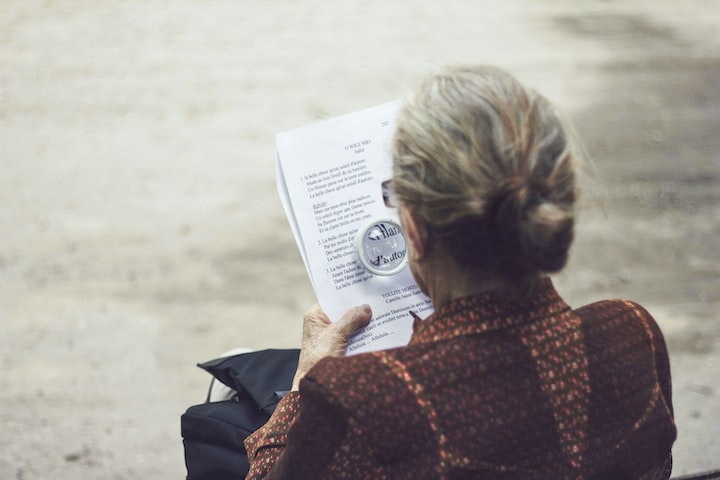 Photo by Clément Falize on Unsplash

We all kind of know at least the external signs of what aging looks lik. Unexpected gray hair, forgetting why you entered a room and that sudden onset of unflattering dad are all the external signs, but there's a whole bunch of stuff happening on the inside, at the cellular level, and that's really the proper trouble that arises.

As we get older, we accumulate more of these cells in all of our organs' tissues which are called senescent cells.These senescent cells are one of the things that drive not only the aging process but also age-related diseases.

At least up until quite recently, the process of aging known as senescence was thought to be an irreversible form of prolonged cell cycle arrest that was brought on by an excessive amount of intracellular or extracellular stress or damage.

What does that mean in human terms? Essentially, the cell has realized that it has become damaged and it's decided not to propagate.

Diseases such as osteoporosis, cardiovascular illness, osteoarthritis, neurodegenerative disease, pulmonary fibrosis disease, and metabolic dysfunctions can all enter an organism through these senescent cells.

Senescent cells are real troublemakers and I think it's important to clarify here at this point, that excessive use of lotions and potions consuming organic green detox drinks, Juice blends are completely irrelevant when it comes to these troublemakers.

The vast majority of genes have the potential to produce more than one product, and the group of proteins that are collectively referred to as splicing factors are the ones that decide which product will be produced. The majority of genes can provide you with the following benefits:

The majority of genes are able to make more than one product, and the choice of which product is manufactured is determined by a set of proteins referred to as splicing factors. Most genes can offer you with the following:

Scientifically speaking, it decreased resilience of your cells to handle stress and environmental issues factors. As a result, they're more likely to develop disease as you age, which is why you're more likely to die as you get older.

In theory, if we were able to reverse this decline and if we were able to stop those cells from losing their resilience, these diseases actually shouldn't express themselves to the same level, and we should live significantly longer and healthier lives.

So this process is actually fantastic news. In theory, the whole purpose of this cell cycle arrest is to limit the proliferation of damaged cells and to eliminate accumulated harmful factors.

Essentially, to disable transformations of potentially malignant cells so that these cells, if they hadn't gone on to be halted to stop their reproduction, otherwise they could have went on to turn into Cancers and tumors.

All of the signs of aging can be traced back to a small number of widely used molecular mechanisms that underpin a lot of those questions. This is the problem that has evaded solutions for a very very long time. We have become very good at treating,other potentially harmful cell defect with the same tricks that work. Unfortunately, that does not apply to the elderly.

More stories from Tesfay Haile and writers in Longevity and other communities.