The Wonders of France’s Healthcare System

The healthcare system in France has been considered by many to be top-ranked globally. 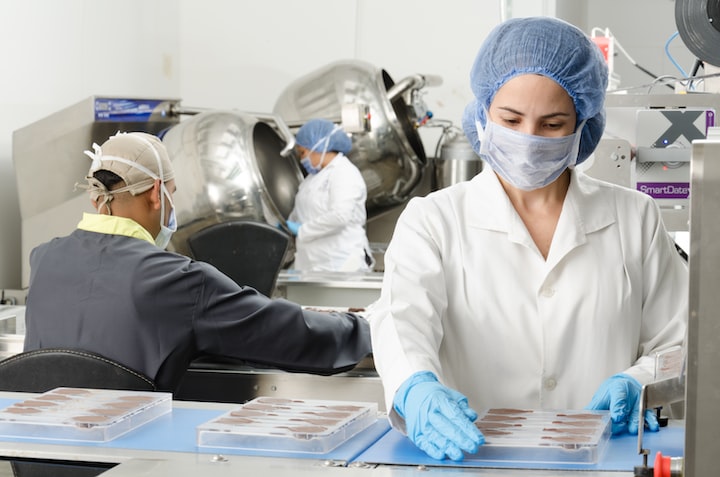 Photo by Walter Otto on Unsplash

Ever since the country's recent elections, healthcare has turned into France's pivotal focus. The healthcare system in France is also referred to as “social security” and is acknowledged for its general superiority in comparison to other nations’ clinical management systems.

France is recognized to have a high life expectancy and reduced child and infant mortality rates. Besides, the country is also said to have many doctors in demographic comparison to the populace. Their healthcare system is there to deliver exceptionally favorable healthcare to the public, thereby reducing mortality rates as a whole. It was ranked extremely high in a report by WHO in 2000.

France has always been considered top-notch in the world, although it was the last to be ranked by WHO and has remained so throughout much of history. But there are other legitimate questions about the methodology used, as the nation has occupied many other positions in varied rankings.

Interestingly, the growth and development of France’s healthcare system at hand have been difficult for the country’s legislators and implementors without garnering strong-armed public reaction. They have a sole-payer system that restricts access to the most innovative drugs and medicines to a certain extent.

There's also a struggle to adopt generic and alternative approaches to control the associated costs. France performs well due to its effective and efficient outpatient and inpatient hospital schemata. This is, of course, due in part to pharmaceutical companies and medical device manufacturers upgrading and digitizing scientific innovations.

Although there are no other countries claiming to have the best healthcare system by right, France seems to be satisfied with their stats. They have numerous advantages backing their claims, such as better and easy access to quality care and the elevated recognition of all patients’ rights.

There are several weak points at play here. For instance, France’s healthcare system is very complex, such that some patients are unable to navigate or maneuver themselves in the manner of choosing the appropriate medical specialty. The nation also has a lower emphasis on preventive healthcare.

Looking at the foundations of the French social security systems before the Second World War, the country did not have exemplary leadership during those times. The French government initially induced “positive chaos” to fight the Germans occupying the region, and they established the safety net for social and other retirement healthcare insurance benefits while doing so. Most people were united in manufacturing some social impact, solidifying the country's rebuilding efforts.

France's healthcare system is based on redistribution, values, and solidarity according to the needs of the individual. Most private sectors cover outpatient and doctor consultations without formal admission. Besides, they also conduct less invasive surgery on patients with moderate diagnoses.

Generally speaking, however, France has proven to execute healthcare methodologies well and is in line with other western countries with the same living standards. The nation has done well, particularly for five-year cancer survival rates, such as those for breast cancer. The French also have an excellent record of surviving emergency room happenings such as those for stroke and heart failure.

A Stable System Difficult to Upend

This is arguably due to sound healthcare that purveys quality health insurance for all its citizens and long-term inhabitants. Every individual has their own “Carte Vitale” covering the entire expense list for critical healthcare and other stark medical conditions such as type 1 diabetes and cancer.

France offers complementary health insurance from private and for-profit health insurance funds. Most people have them, although they are not compulsory. The national insurance programs are buttressed by collective taxes. After the collection, the payments are made to the different insurance funds that negotiate the costs with the doctor's unions to determine the fees owed to the government.

Moreover, doctors have the freedom to work separately from the social health system. The growing minority of healthcare professionals and caregivers charge what patients can afford from their pockets. The government also chaperons the hospital fees, and the healthcare system works together with statehood to lower expenses at the individual level. In essence, everyone has insurance coverage, which is why people cannot end up destitute solely owing to healthcare expenses.

France is associated with the best healthcare system partly because of the low health expenses accumulating per annum. What’s more, the healthcare system reimburses individuals' total health spending up to a predetermined amount. This is a keen indication of a promising healthcare system that is likewise equipped to handle pathologies connected to aging.

All told, French residents live relatively longer and healthier lives. They believe that exceptional healthcare begins at birth, mothers get paid leave if they were already working, and new mothers are granted a child allowance. The nursing mother and her baby also head out to local health clinics to register for home visits from the nurses at a relatively bargain price.

In conclusion, all these companies have the prices of their drugs determined and negotiated by the government through established decisional committees for all health products, insurance plans, and services. Nevertheless, some generic drugs have a low market share, allowing the pharmaceuticals to generate substantial gains from the medicines with expired patents attached.

Dr. Ali is a freelance medical journalist and copywriter at HealthcarePropulsion.com.

Naheed Ali, MD, PhD is not accepting comments at the moment

More stories from Naheed Ali, MD, PhD and writers in Longevity and other communities.