The Negative Health Effects of Being Poor

by Health Journey 5 months ago in health
Report Story

Here are some of the negative health benefits of being poor 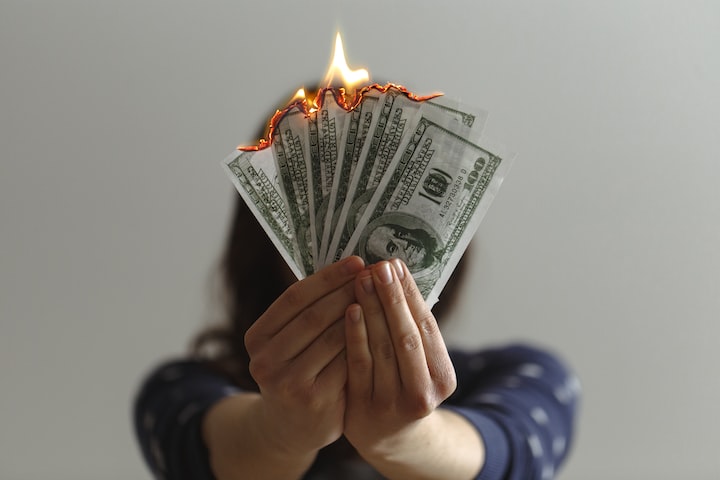 We all know that smoking, drinking and poor diet can be harmful to our health. But as this study shows it's much worse to be poor than any of those things. The stress of living in poverty can cause serious damage to your body and shorten your life expectancy. Over time these effects build up and cause chronic illnesses such as cardiovascular disease, diabetes, and stroke.

The findings of the study are published in Lancet medical journal. (source)

For this study, researchers analyzed data from the U.S., where poverty levels are high compared to other industrialized countries.

They studied more than 1,000 people over a period of 20 years. Participants were interviewed at the beginning of the study and were re-interviewed periodically. They underwent medical exams and lab tests, allowing researchers to monitor their health over time. Poverty levels ranged from 2% (those not living in poverty) to as high as 10%.

As you'll see below, even those with no signs of illness had a higher risk of dying when they were poor compared to those who weren't living in poverty.

Researchers analyzed data from a number of U.S. surveys that included more than 1,000 adults aged 25-64 years old at the start of the study. They then divided these participants according to family income and their individual poverty levels, with 2% being the lowest and 10% the highest.

For men and women, the link between chronic illness and poverty was even more serious than it would be if they already had chronic conditions. Poor people were 12 times more likely to die from cardiovascular disease than wealthier people without signs of heart disease.

Conclusions: Although this study took place in the U.S., it is likely that similar findings would be seen in other countries with high levels of poverty and inequality, such as the UK. The authors conclude that income status has significant effects on health over time, causing earlier death even for those who are not currently suffering from illness.

Background Information: In many industrialized countries, there is a high poverty rate compared to other first-world countries. Poverty means the lack of resources that would allow people to meet basic needs for healthy living.

Disease from poverty can manifest as chronic illnesses such as cardiovascular disease, diabetes, and stroke. These diseases cause death at a young age and the people who live in poverty are at a higher risk of developing these diseases.

How to reduce the negative effects of being poor

Reducing the negative effects of poverty is easier said than done, however, it is possible to reduce some of the negative impact associated with poverty. Here are some tips:

1) Take responsibility for your own health-this means getting regular checkups and staying in good health through exercising and a good diet. Admittedly, it is difficult to get regular checkups if you don't have the funds to pay for medical care. If you can't get regular medical checks, try your best to consume fruits and vegetables.

If you live in a rural area, learn how to forage leafy greens, herbs, and fruits. You can get many free fruits and vegetables by foraging, give it a try.

2) Find ways to make money that doesn't come with a high potential of harming oneself (ex: working in hazardous conditions such as mining or construction).

3) If you do find yourself out of work or with a job that doesn't put food on the table, enroll in school and get a degree so you can find work that pays more.

4) Find out what resources for health are available in your area(ex: checking with local community centers or clinics).

5) Find ways to reduce stress such as meditation or deep breathing exercises.

According to the American Psychological Association report titled "Stress in America", Americans are more stressed than they have ever been before.

Many people who live in poverty are forced into poor working conditions that cause them health issues.

High levels of stress can lead to a variety of health issues such as heart disease, diabetes, and weight gain.

More stories from Health Journey and writers in Longevity and other communities.