by Josh Lowe 2 months ago in body 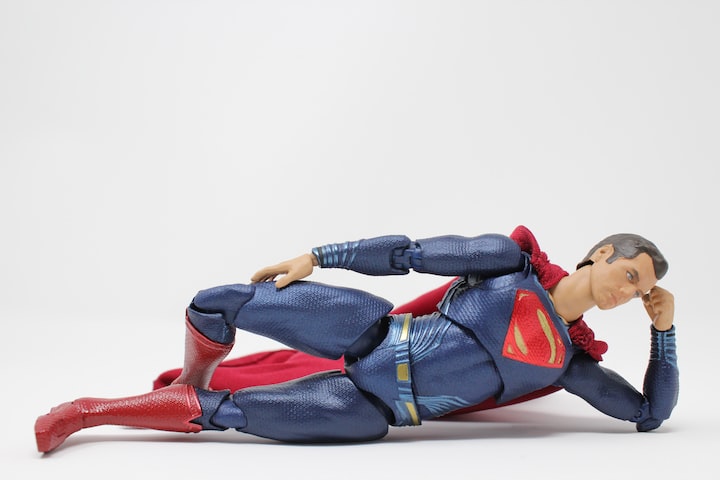 Photo by King Lip on Unsplash

Superfoods are becoming increasingly popular and have become established as a new category of food thought to have exceptionally high nutrient densities and health-promoting effects. From a scientific standpoint, however, the term ‘superfood’ has little meaning, and searching scientific databases for such a word yields very minimal results.

But why are they so popular?

It seems that much of the hype has been developed for marketing schemes which are based on poorly derived conclusions from scientific literature and tend to idealise ‘superfoods’, while discrediting ‘regular’ foods.

Goji berries, turmeric and chia seeds are just some of many foods which have been crowned ‘super’ due to their apparent abundance of nutrients such as antioxidants (vitamins C and E as well as beta-carotene), phytochemicals and healthy omega-3 fats.

When consumed collectively, these foods certainly earn the ‘super’ title and would be endorsed by any nutritionist or dietitian, however, it’s unlikely that these foods provide any additional disease-preventative benefits beyond those provided by following a well-balanced diet such as the Australian Guide to Healthy Eating (AGHE) or the Dietary Guidelines in America.

These guidelines provide a breakdown of the types and portion sizes of foods that should be eaten to help reduce the risk of chronic disease in the healthy population, emphasising the consumption of a wide range of fruits, vegetables, grains, dairy and meat/meat alternatives.

The logic behind these guidelines are similar to that of superfoods, given that they are both built on a framework which focusses on nutrient intake. The idea of superfoods, however, tends to shift the focus towards consumption of ‘good’ nutrients in high amounts, rather than looking at the diet as a whole.

However, the link between a higher consumption of such nutrients and improved health in humans, beyond those required to prevent deficiency, has little supporting evidence. Thus, it’s debatable as to whether superfoods possess any advantages over the consumption of a well-balanced diet consisting of ‘regular foods’ when it comes to promoting optimal health, and this becomes increasingly evident when investigating the evidence, or lack thereof, available from recent studies.

Still not convinced? Let's take a look at some examples.

Goji berries have been put in the spotlight primarily due to their high levels of anti-oxidants which have been boasted as being able to protect against cancer, ageing and vision deterioration. Such claims often appear to be well supported by scientific literature and studies, however, a closer look into these studies can reveal several issues with this somewhat idealistic concept.

To begin with, the majority of studies to date have been in-vitro (meaning that human cells were extracted and tested in a laboratory) or trials using mice models. While this does provide a good grounding for future research and speculation of potential mechanisms, it also means that the specific benefits of eating goji berries have not yet been directly proven in humans.

Of the few clinical trials which have been completed, consumption of goji berry products has been shown to improve feelings of well-being and markers of the immune system, however, this is far from the proclaimed benefits which much of the population is lead to believe they provide.

Furthermore, while goji berries are a good source of antioxidants such as vitamin C, containing roughly 48mg/100g, the nutrient content isn’t significantly different to other more readily available foods such as oranges and red cabbage which contain 52mg/100g and 69mg/100g of vitamin C respectively.

Furthermore, goji berries are far more expensive than equivalent foods typically available in western supermarkets. So even if there was a strong body of evidence to suggest that consuming large doses of antioxidants in the diet was able to protect against cancer, ageing and vision deterioration, it would be far easier and cheaper to get them from consumption of foods available in western supermarkets.

Turmeric is thought to help reduce inflammation and associated diseases like arthritis, and potentially heart disease and stroke, since it contains a compound called curcumin which has been shown to be anti-inflammatory in vitro.

Unfortunately, curcumin has poor absorption, biodistribution, metabolism and bioavailability which means that a significant amount of turmeric would need to be consumed in order to observe any notable changes. Furthermore, human trials have been inconclusive, even when using high doses of curcumin above levels which could be easily consumed in the diet.

Omega-3 fatty acids have been shown to have a protective effect against cardiovascular disease, inflammation and mental health issues such as anxiety. The high concentration of omega-3s found in chia seeds has earned them the superfood title.

However, this is somewhat misleading since there are multiple types of omega-3 fatty acids. Alpha linoleic acid (ALA) is the form found in chia seeds, which is a precursor to the longer chain fatty acids docosahexaenoic acid (DHA) and eicosapentaenoic (EPA) and it is these forms of omega-3 which have been linked to improved health outcomes.

Are they still worthwhile?

Perhaps the biggest issue with ‘superfoods’ is that they offer a quick fix to a highly complex and multidimensional concept – human health. Just because a compound is able to produce the desired effect in a petri dish, doesn’t mean it will have the same effect on humans when consumed in the diet.

Nevertheless, this doesn’t mean that superfoods can’t be used as part of a balanced healthy diet, particularly when used in line with the portion sizes and food choices suggested by the AGHE. That is of course, provided you are willing to pay a super price for a potentially mediocre food.

As unfortunate as it is, beyond the realms of food marketing, superfoods are no more real than Superman himself.