Should you drink coffee before or after breakfast? 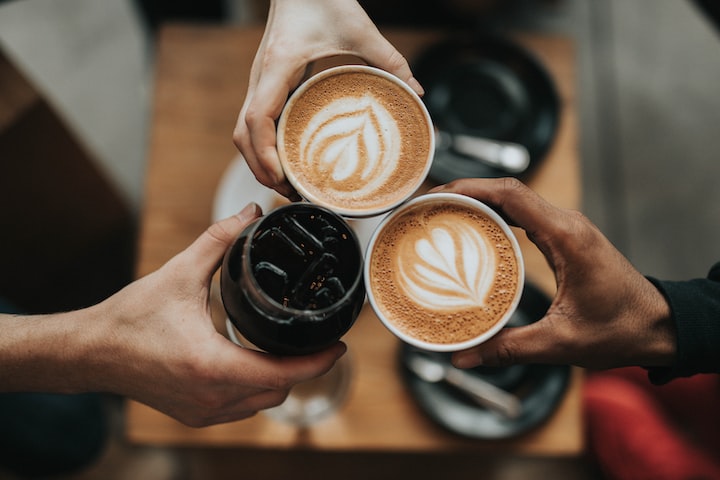 Coffee has long been touted as a healthy drink, but it's important that you know how to maximize its benefits. One question that often comes up is whether you should drink coffee before or after breakfast.

The good news is that you can get the health benefits of coffee even if you choose not to drink it every day. For example, studies show that three cups a week could help reduce the risk of Parkinson's disease and prostate cancer.

In general, it's always a good idea to drink coffee in moderation. This is because too much caffeine can have a negative effect on your health and wellbeing. For example, excessive amounts of caffeine can cause nausea and vomiting, interfere with fetal development during pregnancy and lead to osteoporosis later in life.

For some, drinking coffee can also be problematic because it raises blood pressure. Coffee is also a diuretic, meaning that it increases your urine production and can lead to dehydration.

So should you drink coffee before or after breakfast? In some cases, the answer may be neither – especially if you have problems with caffeine consumption. If this sounds like you, you may want to limit the amount of coffee you drink and consider other sources such as green tea instead.

If you do decide to drink coffee, however, it's a good idea to wait until at least 10 am for your first cup. This is because caffeine can interfere with sleep patterns if taken too close to bedtime. For instance, it can take up to one hour for caffeine to have an effect on your system. If you need a caffeinated beverage first thing in the morning, stick with tea until after breakfast.

If you want to drink coffee before breakfast, the best time is between 8 am and 10 am. The reason for this is that many people benefit from having a small breakfast before drinking coffee.

One of the main reasons for this is that caffeine appears to affect blood glucose levels in some people. That's why having a healthy, balanced breakfast before you drink your morning coffee can help prevent post-meal spikes in sugar readings. However, it's important to note that this isn't true for everyone. Research shows that some people are able to process caffeine without any noticeable effect on blood glucose.

If you do need a caffeine boost in the morning, it's important not to take more than 200mg of coffee per day. However, you shouldn't rely on caffeinated beverages alone for this energy boost. Dieters who cut out all carbohydrates can have problems with energy and focus, but eating small amounts of healthy carbs can help provide a steady source of fuel for the brain.

For example, one study found that having breakfast (which included 43g of carbohydrates) helped people to maintain high levels of attention and concentration throughout the morning. This is why it's important not to skip breakfast when you want an energy boost.

If you're worried about getting too much caffeine, why not try decaf coffee for a change? Decaf coffee has the same benefits as regular coffee without any of the downsides. You can get your caffeine fix without worrying about negative health effects or disturbed sleep patterns.

You may also want to consider taking part in an intermittent fasting program. For example, one study found that a diet that allowed for a 16-hour fast and an 8-hour feeding window could help people to lose weight without interfering with their lifestyle too much.

Intermittent fasting programs are also beneficial because they can reduce hunger and cravings throughout the day. This means you can drink coffee before breakfast without worrying about food cravings later on in the day.

Although it's possible to drink coffee before breakfast, this isn't ideal for everyone. Instead, why not try drinking your morning cup after breakfast instead? This is because caffeine may have an effect on your insulin levels when taken too close to mealtimes. Your blood glucose levels could also be affected if you don't eat before having a morning coffee.

If you feel better about drinking a cup of coffee before breakfast, make sure to avoid taking more than 200mg per day. Skipping breakfast and relying on caffeine for an energy boost is never a good idea either. If you have problems with low blood glucose levels or find it hard.

If you drink coffee, it's best to have it after breakfast as the caffeine may affect your insulin levels and blood glucose depending on when you have it.

More stories from Abena and writers in Longevity and other communities.