Read this if you’re young and feel behind in life

by Sarfaraz Ali 2 months ago in psychology
Report Story

“The only way to get ahead is to get started.” 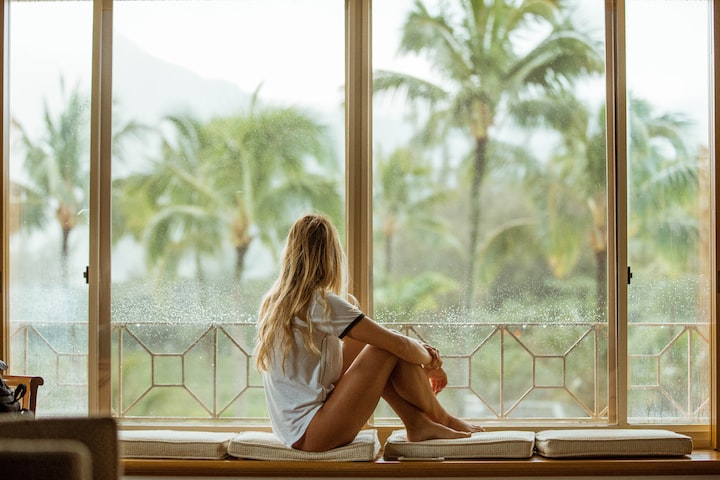 I’ve been in a position where I feel life goes too fast. I see people around my age achieve great success and that makes me feel behind in life. This occurred to me last year when I was 20, I saw a lot of my friends are studying abroad. I’m happy and proud of them but a part of me was sad about myself because it is one of my dreams. I also realised there are people around my age making more money than I have made in the entire of my existence.

Of course, you have felt that similar kind of situation too. Most of the time, money, achievement and lifestyle makes us feel like that.

If you search deep enough on YouTube, you’ll see a video of an 18-year-old making 10k a month with a thumbnail of his surprised face while showing the amount of revenue in his Shopify app or a 24-year-old boss babe living in one of the elites condominiums in the city and her Instagram feed and stories are full of travel posts or even a 22-year-old multi-millionaire who has retired his mother when he was just 17. That seems impossible, right?

It’s possible. You might be thinking that he’s scamming, she’s using daddy’s money or big connections or some shit. You need to change your view on young people achieving weird level of success. That’s just your insecurities coming out because since you think you can’t make that much and achieve that lifestyle, so it must be daddy’s money, scamming, lying this and that.

Here’s a mistake you do, in fact, the entire humanity does, that makes you feel behind. You count your life the moment you were born and then compare yourself with the millionaire, the fitness YouTuber, the influencer or anyone who is younger, slightly older or at the same age. That 18-year-old is actually 4-year-old. That 24-year-old boss babe is 7-year-old. If you’re 25, you might be 2-year-old. It’s not about your age. What the fuck am I talking about? Let me explain.

The right way to see your life is mentioned by Hamza in the video this post is inspired by:

Our lives only come from when we start working on something that’s important to us.

To make it crystal clear, I’m going to tell you a story about a 22-year-old multi-millionaire I mentioned earlier. His name is Iman Gadzhi. You can search him up. After that, as he is one year older than me, I’m going to compare myself to him so you can really see what I’m talking about.

Iman was born in Russia and lived in poverty. He spent his time mostly with his grandmother as his mother worked three jobs to take care of him. One day, Iman and his mother moved to London as his mother met his stepfather. His life changed in the span of a month. From living in poverty to living in one of the most exclusive areas in London.

Then, his mother and stepfather split up and his childhood started to fade. At the age of 14, he was faced with an awful burden of taking care of himself and his mother.

At the age of 15, Iman started his first business. He buys and sells Instagram accounts. And then, in one bad decision, he lose it all by investing in one account that failed dramatically.

Later on, at 16, he became a personal trainer and made a couple of hundred pounds a month training his friends. Then, he had another idea. He was still playing semi-pro football, and at that time, he knows a bit about social media. He realized how poor his club’s channels were and managed to take charge of the channel’s contents for £300 per month. His football club is his first client.

After his first client, he doesn’t get any other client for the entire seven months. He kept pushing until he got a client called Aflete that was willing to pay £1,900 a month. That’s the turning point for him. The next two weeks, he signed his third client for £1,500 and then another for £750. Within 14 days he went from £300 per month with a horribly underpriced client (that he dropped straight after) to £4,150 per month with three clients while he was still in high school.

Not to forget, Iman also read a lot before he becomes a millionaire to improve himself. That’s what every successful people do, read. Elon Musk knew so much about rocket through books, Bill Gates reads one book a week and Mark Cuban reads for 3 hours daily. There are also numerous studies of successful peoples’ habits and one of them is reading. They are selective in what they read. They focus on self-improvement rather than being entertained.

To relate back to what Hamza said, how many years has Iman been in business and personal development?

This is when your mind gets blown. Read carefully.

From 15 to 22, that’s 7 years. So, Iman’s life is actually 7 years old. If you only count from the moment he got his first client, that will be 6 years old. The deeper meaning is he has been focusing on his business for 6 years.

So now, I would like to ask you. Does it make sense for a baby to be compared to a 6-year-old? Do you ever ask a newborn baby why he can’t walk or read like a 6-year-old kid?

This is also applicable to my story earlier and it helps make me feel better and not sad or disappointed about myself as I already realised my friends have been working their ass off for years, and they deserve it. And I know I deserved to be where I am today with the amount of work I did in the past.

They started taking their studies seriously wayyy back in high school, let say at 15 while I just started to be serious on the final year of my diploma, let say at 20. My friends and I are the same age. They have been doing the hard work for 5 years while for me, maybe 3 months. They are already abroad while I’m just starting. You guys see the gap here?

According to Hamza again from the same video:

You’re not behind in life. You are exactly where you deserve to be.

This quote sums it all:

Don’t compare your chapter 1 to someone else’s chapter 20.

On the bright side, it’s actually good if you feel you’re lagging in your life. It shows that you care about yourself and your future. It can fuel you to work yourself up.

So now, whatever your goal is, it’s going to take a lot of work to be where you want but I promise you it will be worth it. I have never heard anyone saying they are not proud of themselves for improving their lives.

Most importantly, I’m here to help you improve yourself. Reading is the best form of self-development so read as much as you can.

A Psychologist, Writer, Animal advocate and Human Rights activist. My blog is about finding the balance in life and encouraging others to be their best selves.

More stories from Sarfaraz Ali and writers in Longevity and other communities.