How Fast is Your Metabolism?

by Susie Kearley 3 months ago in body

Are you a sloth or a hummingbird? Read on to understand how metabolism works 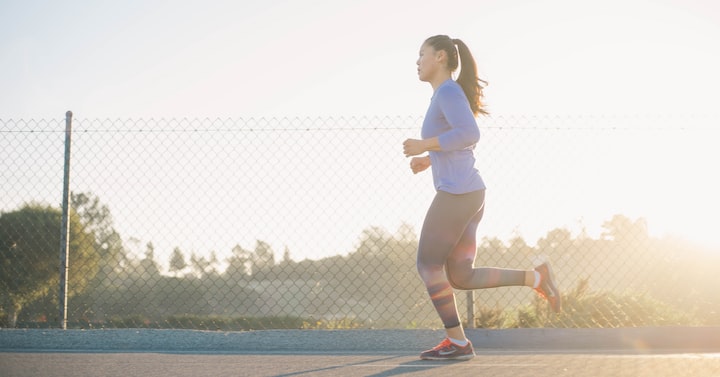 Photo by Andrew Tanglao on Unsplash

Most people think of metabolism simply as a factor that influences your ability to gain or lose weight, but it’s more complicated than that!

Metabolism is a series of chemical reactions in the body which convert the food we eat into the energy that we use for growth, movement, and thought. Metabolic reactions occur simultaneously to keep us healthy.

The basal metabolic rate, or BMR, measures how fast a person’s body uses energy (in calories — a unit of energy) while at rest. If you eat too many calories, the body will store the energy as fat for later use. Those with a low BMR burn fewer calories while at rest and will have a tendency to gain weight. However, you can speed up your metabolism by exercising.

It is very common for people to blame a slow metabolism for their weight problems, but it is often more likely that diet and lifestyle choices are to blame.

Hormones play a role in metabolism: Thyroxine is a hormone produced by the thyroid gland, which affects the speed of metabolism in a person’s body. An overactive thyroid can result in energy being used too fast, resulting in hyperactivity and weight loss.

The hormone insulin is released by the pancreas in response to elevated blood glucose — usually after meals. It pushes blood sugar into the cells and triggers an increase in anabolic activities.

When metabolism goes wrong it can result in any number of diseases including hypothyroidism, diabetes, and enzyme deficiencies which prevent people from being able to break down certain proteins.

How does metabolism work?

Metabolism begins with plants and photosynthesis — the process whereby a plant absorbs energy from sunlight, enabling it to create sugars from water and carbon dioxide.

We eat the plants, taking in this energy in the form of carbohydrate which is digested, releasing glucose into the bloodstream to fuel the body. Digestive enzymes break protein from food down into its individual constituents, called amino acids. Fats are converted into fatty acids, and carbohydrates become sugars, all of which are slowly released into the bloodstream as part of the digestive process.

These nutrients enter the body’s cells through the blood, and are either used to power the body, build muscle and repair damage, or they are stored for later use. So the process of metabolism is the building up of tissues, muscle and energy stores and the breaking down of energy stores and fat to generate energy on demand.

Anabolism (constructive metabolism), is all about building and storing: It supports the growth of new cells, the maintenance of body tissues, and the storage of energy for use in the future. The reverse, is catabolism (destructive metabolism), which produces energy for cellular activity. Catabolism releases glucose, mostly from carbohydrates and stored fat, which provides energy to heat the body and enable movement.

Which animals have the fastest metabolism?

Slow: A sloth’s metabolism is so slow that they take a long time to move and digest food. They only poop once a week!

Faster: Ants living in a colony produce just 75% of the metabolic by-products that would be produced by each ant alone.

Fastest: Hummingbirds have small bodies and very high levels of activity, giving them a metabolic rate approximately 12 times that of a pigeon.