How Does Walking Help You?

by Sunshine Jane 10 months ago in health
Report Story

Do you go every day for a walk? 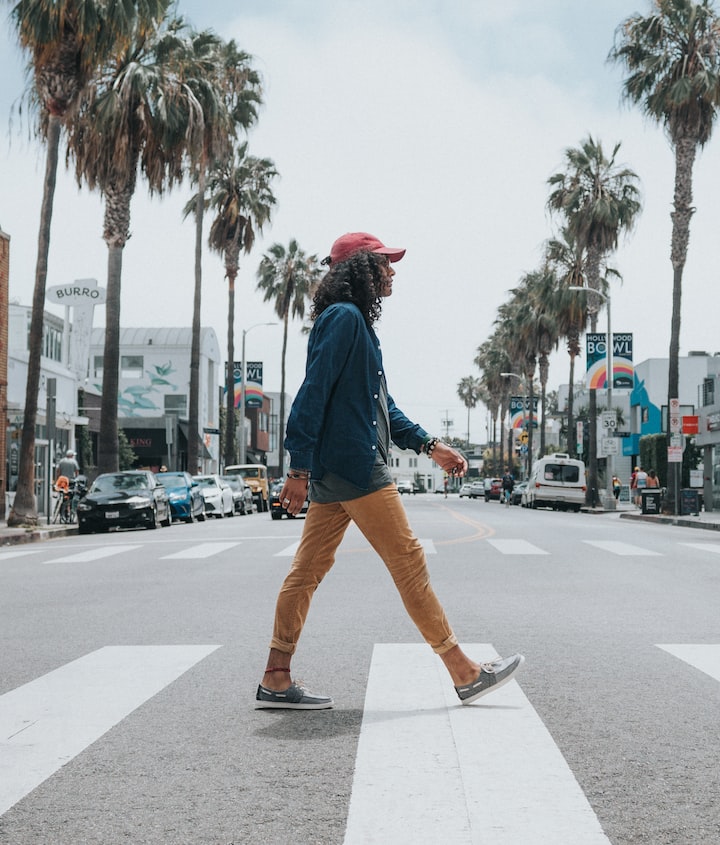 We all know that walking is healthy or makes your foot beautiful. Walking no less than 40 minutes a day has many health benefits. Here are just a few examples.

Walking is part of the ideal exercise

Even the most out-of-shape person can include him in his daily agenda. A walk every day is a great form of aerobics. It is free, strengthens the heart, and helps the leg muscles.

It also helps prevent osteoporosis, lowers blood pressure and cholesterol, fights diabetes, and increases flexibility. Going for 30 minutes every day is an easy goal to achieve, and if you find it too much effort you can divide it into 2 halves, 15 minutes at lunch and another 15 minutes in the evening.

As your fitness improves you can alternate with a light run. Going up the stairs, instead of using the elevator, is a choice that will become a reflex after a short period of time.

According to a recent study published in the Journal of Clinical Oncology, women who walked regularly after being diagnosed with breast cancer were 45% more likely to survive than those who remained inactive.

Another study by Yale University researchers found that women who exercised a year before diagnosis had a 30% longer life expectancy than those who did not exercise before receiving a cruel diagnosis.

According to a study conducted in the UK, walking at a brisk pace significantly reduces the risk of developing type 2 diabetes. moderate or severe intensity) improved insulin sensitivity.

Walking gets rid of pills

According to a study conducted by the United States Walking Association, which involved 32,000 women and 8,000 men, it was found that people who take long walks each week take fewer medications.

Pain caused by fibromyalgia is reduced by walking

This chronic pain syndrome affects more than 4% of the population. According to a study of women between the ages of 32 and 70, people who walked 60 minutes or did light gymnastics or stretching exercises three times a week for 18 weeks reported a significant improvement of health. Pain has been reduced, brain capacity has improved. In addition, women were less tired and less depressed.

Sex and walking go hand in hand. According to the researchers, women between the ages of 45 and 55 who participated in a study said that their sex life has improved significantly (both by increasing libido and the number of orgasms) after including walking in their daily routine. at a brisk pace.

Walking reduces the risk of stroke

30 minutes of brisk walking, 5 days a week significantly reduces the risk of a stroke. This is the conclusion reached by researchers at the University of South Carolina after studying the data of more than 46,000 men and 15,000 women over the age of 18. Those who exercised regularly had a 40% lower risk of having a stroke than those who did not exercise.

Walking puts your mind to work

According to a study conducted in Italy, walking improves memory. After analyzing the data of 749 people for four years, the researchers found a 27% lower risk of developing dementia in people who walked regularly. One of the reasons is that the blood circulation in the brain improves.

Walking takes care of your wallet

If you want to exercise, but you always blame the cost of a gym membership, find out that walking costs nothing.

Experts say that 150 minutes of moderate-intensity walking (100 steps per minute) per week can help you get rid of stress and prevent heart disease. Researchers at the University of San Diego recommend that each person aim for 1,000 steps in 10 minutes, and then increase to 3,000 steps in 30 minutes. To make it easier for you, a pedometer is useful.

More stories from Sunshine Jane and writers in Longevity and other communities.